Denver7 via YouTube
Deputies and emergency personnel looking at the lifeless body of Michael Lee Marshall, as seen in surveillance video.
Late last year, the City of Denver agreed to pay $4.65 million and make major changes in its jail policies to settle claims involving Michael Marshall, who died in a Denver detention center circa 2015 during a mental health crisis captured on video. But that wasn't enough, according to a scathing new report from Denver's Office of the Independent Monitor, which makes eight recommendations for policy changes above and beyond ones already agreed to in the settlement.

In a letter responding to these findings, Deputy Director of Safety Jess Vigil gets testy, denying that the investigation into wrist slaps given to three law enforcers was mishandled and suggesting at one point that monitor Nicholas Mitchell displays "a complete lack of appreciation of the legal standard that governs appeals from hearing officer decisions."

The complete report, titled "The Death of Michael Marshall: An Independent Review," is accessible below. But we've highlighted the recommendations, as well as Vigil's letter.

According to a Denver District Attorney's Office decision letter explaining why criminal charges weren't pressed against deputies involved in the matter, Marshall was arrested for trespassing on November 7, 2015, after which he was placed in the Denver Detention Center's 4D pod, described as a "special management unit on the fourth floor."

Prior to his jailing, Marshall had reportedly refused to take medicine prescribed to fight the effects of schizophrenia, and he'd had six police contacts over a 48-hour period. During 911 calls, he's said to have been "rambling" and engaged in "ranting."

On November 11, Marshall was allowed free time out of his cell, but when he "was observed behaving in a strange and erratic manner" and approaching another inmate aggressively, deputies intervened and took him to an area dubbed a "sally port," with a bench on one side of a long hallway.

It's at this point that the video of Marshall's final moments begins. Readers may find the contents of the clip disturbing.


The video shows Marshall slumping to the floor of a Denver jail corridor after being pushed by a deputy in a way that was forceful but not overtly aggressive. The deputies responded by holding Marshall down (even though he didn't appear to be struggling) before transitioning into an unsuccessful attempt to revive him. An autopsy determined that, in all likelihood, he choked to death on his own vomit.

In the beginning, Denver wasn't especially cooperative when it came to questions about the Marshall case. Indeed, the Colorado Independent had to file suit in order to obtain the video above. And the Independent Monitor's timeline of events in regard to the internal investigation suggests a circle-the-wagons mentality intended to resolve the matter quickly with minimum punishment for those involved.

The first of these goals wasn't achieved; the case dragged out for two years before Denver agreed to a very expensive settlement. But law enforcers escaped with relatively little long-term damage. Seven Denver Sheriff Department deputies faced possible discipline in the Marshall case, but only two received punishment: Deputy Bret Garegnani was given a sixteen-day suspension for failing to follow use-of-force policies and procedures by using inappropriate force, and Deputy Carlos Hernandez earned a ten-day suspension in relation to the same offense. In addition, Captain James Johnson received a ten-day suspension for failing to observe department policies and procedures.

The length of these suspensions was shorter than previous ones handed out to Denver law enforcers in cases that didn't lead to death, including actions involving a sexually explicit text and flashing a badge to get faster restaurant service. 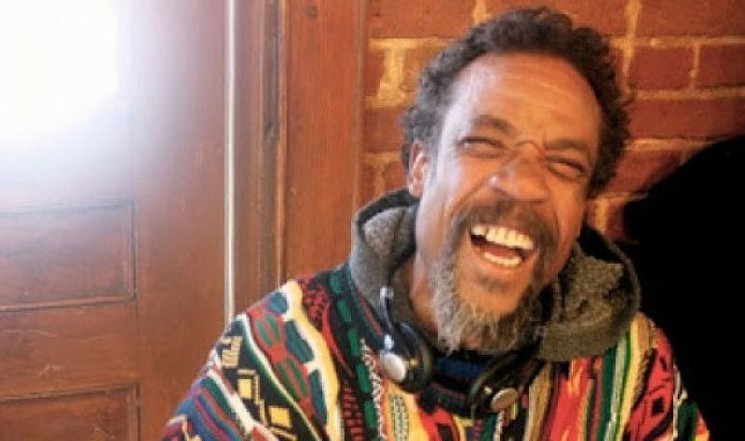 The late Michael Marshall.
Family photo via the Colorado Independent
The report criticizes this relatively modest level of discipline, prompting Vigil to contend that the city would have been irresponsible to ask for anything harsher given the possibility that the punishment might be overturned by a Career Service Authority hearing officer — which proved to be the case in at least one instance.

Likewise, Vigil bristles at the suggestion that the investigation could be characterized as having been mishandled even though those looking into it didn't initially bother to interview deputies, nurses or anyone else involved with Marshall's death, since they'd already been quizzed for the district attorney's probe into possible criminality. Additionally, he rejects a slew of other suggestions about additional training beyond what the city agreed to as part of the settlement, such as funding two full-time, on-site, 24/7 mental health providers at the Van Cise-Simonet Detention Center and the Denver County Jail. And he questions the report's advocacy for more training about how to deal with inmates in a state of excited delirium by expressing doubts that Marshall was suffering from it.

There is one unexpected moment of near-agreement, however. The report floats the possibility of placing the management of the Internal Affairs Bureau, the main investigative body when it comes to police and sheriff personnel, under civilian control — and Vigil writes that the Denver Sheriff Department "is open to examining and evaluating the benefits of civilianization" of the bureau.