Will Cannabis Employees Finally Be Allowed to Get Free Samples?

Scott Lentz
An employee for Veritas Cannabis in Denver handles flowering cannabis plants.
When buying cannabis from a dispensary, asking the employees what they think of the product is common practice. But to be able to answer those questions honestly, the employees must sample the product first — and none of those samples are free.

Because of Colorado's seed-to-sale tracking system for commercial cannabis, which monitors every cannabis product from the moment the seed is planted to the moment it's sold to the customer, as well as a 2015 ruling from the Marijuana Enforcement Division that prohibits licensed pot businesses from giving away cannabis samples, all of those products must be sold. And because of that, any employee samples must be paid for.

A bill that just passed through the Colorado House and moved on to the Senate with little opposition could change at least some of that, however. Sponsored by State Representative Matt Gray and Senator Vicki Marble, HB 1259 would allow licensed pot cultivations and infused-product manufacturers, both medical and recreational, to provide samples to their managers.

Just as diners expect a server to know about wine or dishes at a restaurant, customers expect cannabis employees to know the ins and outs of their products, but the current system is filled with "absurd circumstances" to satisfy seed-to-sale tracking, Gray says. Since any product that leaves a dispensary must be sold, managers must take the product to a dispensary, buy it back from the dispensary for one cent, put the purchase in the system, and create a receipt. While that doesn't seem like backbreaking work, Gray still sees an inadequate solution.

"It's a little less interesting to the public, because if you don't work in one of these places, then it doesn't affect you," he adds. "But it's sort of a march to normalize the cannabis industry and allow these businesses to function in an efficient manner." 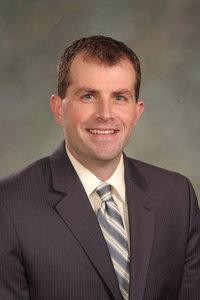 Representative Matt Gray.
Colorado General Assembly
Gray wants to cut out what he sees as unnecessary steps for a legalized industry. "I have never been in one of these stores, but if you work in a restaurant and you want to see if the soup of the day is any good, then the chefs and managers can taste it to decide if they should change it or how to market it," he explains.

The bill would prohibit the manager who receives the sample from consuming it onsite, exceeding the one-ounce personal possession limit, and providing or reselling the sample to anyone else. It would also prohibit a business from using samples as compensation for the manager.

While the bill would allow managers of cultivations and product manufactures to sample, lower-level employees and dispensary workers would still be cut out of the deal. Gray says that guardrails such as those in the bill's text were necessary to satisfy concerns of his colleagues and some municipality officials. An amendment to clarify what constitutes a managerial position was approved in the House on March 16, but another proposed by Representative Susan Beckman that attempted to allow local municipalities and counties to ban the law was denied.

Citing concerns that Denver Department of Excise and Licenses Director Ashley Kilroy shared with House committee members, Beckman said she believed the proposal should be in line with Amendment 64's promise to allow municipalities and counties to opt in or out of the cannabis industry.

"If we start moving into the concept of 'we don't want a patchwork of regulations,' I'm afraid we're violating the trust of the voters," Beckman said during a House committee hearing March 16.

But Gray points out that the stipulation Beckman was referring to concerned allowing municipalities and counties to decide whether the businesses were allowed at all, not how they operated.

HB 1259 passed through its final House reading on March 19 and was introduced in the Senate on Monday, March 26. It will be considered by the Senate Business, Labor, & Technology Committee at an undetermined date.