Video Premiere: Reno Divorce: "She's in Love With the Avenue" 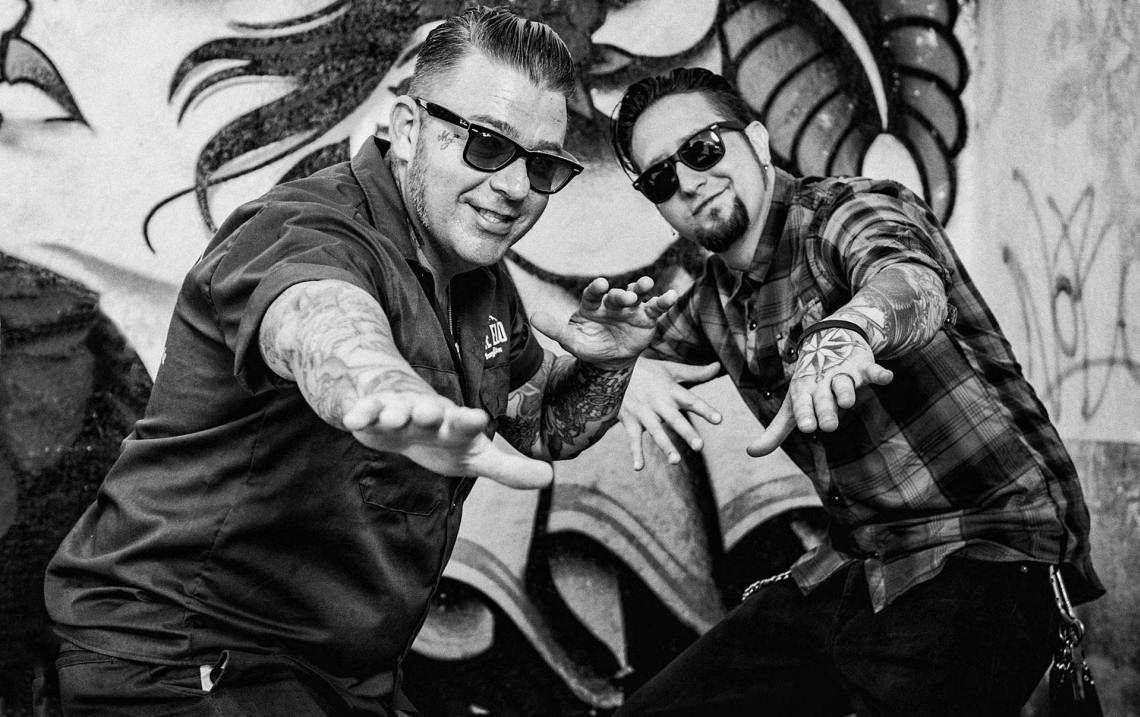 Courtesy of the artist.
Reno Divorce
Reno Divorce frontman Brent Loveday came up with the idea for the song “She’s in Love with the Avenue” (from the band’s most recent effort, Ship of Fools) about six years ago when he saw a young couple perusing the aisles at a custom car show.

“The guy was a greaser, about nineteen or twenty years old, and the girl seemed kind of like a square in comparison,” he says. “Even though the guy looked like a greaser, he was ‘green to the scene,’ as if he was still cultivating his look and style by taking cues from the old-timers. She was quietly in tow, not really uninterested, but bookish and shy in comparison to the usual pinup and rockabetty girls that are at car shows like this one. I could tell they both were in awe of the custom cars and music from the bands who were playing.”

Loveday says he was sitting back, taking in the scene when he saw some seasoned vets circling the girl like vultures.

“I mean, she really was beautiful, and she’s there with this greenhorn, so naturally one of them thinks they’re going to spirit her away from him,” he says. “The kid was asking the old-timers questions about their rides, while the other dudes were hitting on her and trying to swoop her up. You could also see the innocence she had when she walked in turn to intrigue, then turn to licentiousness with the more attention she got. It was like a lightbulb went off in her head, and she realized that suddenly she was the show-winner.”


Loveday says the brand-new video for “She’s in Love with the Avenue,” which was shot at Silver Strand Beach in Ventura, California. and directed by Dillon Novak, "is pretty faithful to the core idea of the song, which is that there’s an intrinsic lust that lies in all of us."

“In this case, it’s the car itself,” Loveday says. “Here we are, this rock-and-roll band who picks up a pretty damsel in distress while we’re on our way to a show. We think she’s interested in us, but in reality, all she really cares about is our wheels. Maybe the girl has her own designs from the start, but I like to think that once she’s immersed in our world, she’s intoxicated by the moment and decides to make her move. That’s what the song's about in the first place. Getting lost in that second and pursuing what truly excites you.”

“She’s in Love With the Avenue” will be released in June as part of a vinyl-only double EP, Fair Weather Friends/ Ship of Fools. The band is set to tour Europe for the tenth time in the summer and stops in Japan in November.