Denver Police Chief Getting Off With a Warning Is "Absurd," Critic Says

The first of the inquiries most directly involved White and Deputy Chief Matt Murray, who remains under administrative review. The events in question date back to June 2016.

That month, then-Denver District Attorney Mitch Morrissey sent White a letter taking Murray to task for his role in the arrests of Angiella Arnot and Davin Munk, a Denver police officer, for alleged unwanted sex with a second woman. In the end, Morrissey didn't charge either party, and he suggested in his communications with White that Arnot never should have been busted in the first place — and that he felt she'd only been busted because of Murray's efforts.

After learning about the letter's existence, the DPPA's Rogers tried to get a copy via a public-records request but was rejected, supposedly because neither White nor Murray had it anymore. After the letter belatedly materialized, Beth McCann, Morrissey's successor as DA, investigated whether White and Murray had broken the Colorado Open Records Act by declining to disclose the missive; she eventually determined that she lacked the evidence to charge them with a crime. What's been described as an independent investigation by a law firm called Employment Matters followed, but no action was taken by Manager of Safety Stephanie O'Malley before she left her job to take a newly created position as special assistant to Hancock. Moreover, Troy Riggs, who replaced O'Malley, said earlier this year that a final determination was unlikely to arrive before summer. 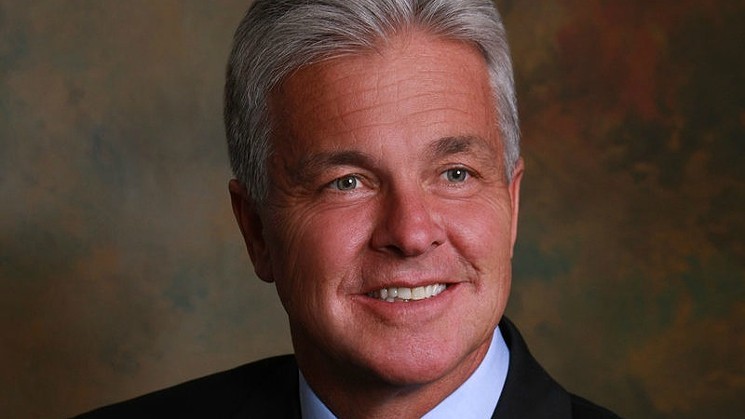 Former Denver District Attorney Mitch Morrissey.
File photo
Hancock's announcement beat this prediction, yet Daelene Mix, communicating via email for the Department of Safety, acknowledges that taking a year-plus to complete an investigation was problematic. "That is something the mayor has asked Executive Director Riggs to look into," she writes. "We all agree that the process was unacceptably long and that changes need to be made to ensure administrative reviews are conducted in a timely manner."

The DSD probe looked at two issues: whether White should have opened an investigation as a result of DA Morrissey's letter, and whether he did anything wrong in his handling of Rogers's open-records request.

Here's a summary of reasons that White was exonerated in the first instance, according to the mayor's office:

• Chief White did not view the DA’s expressed concerns as allegations of misconduct.

• The independent investigation reinforced the Chief’s assessment shortly after he received the letter that many of the concerns in the DA’s letter were not supported by the evidence.

• The investigation indicated that there was no on-call list or binding practice regarding a communication protocol between Denver Police Department (DPD) and the DA’s Office.

• Almost everyone who was interviewed confirmed that [Chief Deputy] District Attorney [Adrienne] Greene was the driver behind the investigation and there is nothing to indicate that Deputy Chief Murray was involved in the decisions related to the press release or the arrest of the female suspect as indicated in DA Morrissey’s letter.

• All of those interviewed believed the allegations made by the complainant in the case and they did not indicate any concerns initially about the female suspect’s arrest.

• The involved officers and District Attorney Greene all confirmed that there was a tremendous amount of information on the complainant’s phone, so the information that eventually exonerated the female suspect who was arrested was not as readily available as DA Morrissey indicated.

• DA Morrissey’s reference to Deputy Chief Murray’s cavalier attitude does not rise to the level of something that would need to be investigated.

Denver Mayor Michael Hancock found that White's actions didn't rise to the level of discipline.
Photo by Anthony Camera
"While the facts do not indicate a violation of any policy by the Chief, the communication between the Chief and District Attorney Morrissey clearly could have been handled differently," Hancock maintained in a statement. "A simple phone call from one of them to the other may have gone a long way in avoiding this whole situation."

Meanwhile, these factors were used to clear White from discipline over Rogers's open-records request:

• Chief White generally would not respond to record requests unless he was the only person included on an email from the records coordinator.

• It appears that when the records coordinator would speak directly with the Chief regarding open records requests versus through email, he typically responded to her requests.

• The records coordinator receives several requests a day and generally advances them to a large group of recipients. This seems to be an unwritten practice, and like the Chief, many of the recipients do not respond.

• The records coordinator’s general practice is to take no response as a response. This seems to be an unwritten practice and it is not clear if the Chief knew that this was the case.

• The records coordinator’s general practice was not to go to administrative assistants for records requests. This seems to be an unwritten practice and it is not clear if the Chief knew that this was the case.

Hancock's take on this piece of the puzzle: "It does not appear that Chief White knowingly or intentionally withheld documents from the public. However, poor communication and unwritten, internal practices allowed the request to be responded to inaccurately. That should not have happened, as we value being open and transparent. I have asked Executive Director Riggs to develop a rigorous formal, written records request policy for the Department of Public Safety that clearly sets forth process and communication responsibilities."

The other internal-affairs investigation involved a more recent happening: a September 29, 2017, incident during which Chief White was involved in an accident while driving in a department vehicle. There's been no suggestion that White was at fault, but his decision to execute a U-turn and follow the other vehicle in an attempt to eyeball its license-plate number attracted scrutiny, especially after the driver in question got into another crash a few blocks away.

The inquiry into the accident focused on whether White had "chased" the car that hit him (he used the quoted word in subsequent remarks about what happened), thereby potentially contributing to the second smash-up. But a sheriff's department timeline concluded that he arrived at the site of the second accident after it had already taken place, and because he hadn't switched on his lights or siren, he couldn't be held responsible for crash number two. 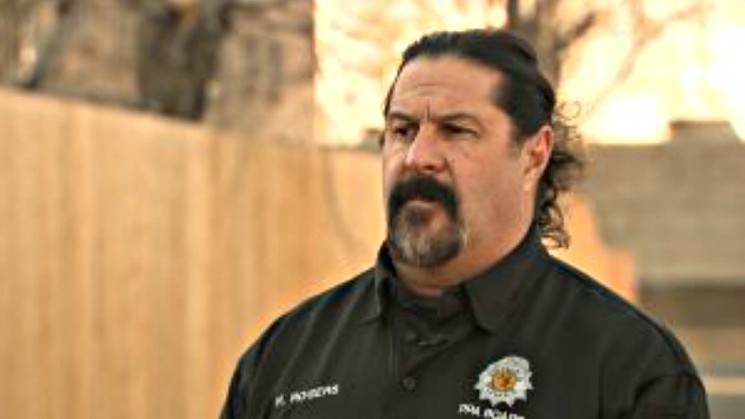 Nick Rogers, president of the Denver Police Protective Association.
Fox31 file photo
"When considering this situation, it’s important to remember that Chief White was one of the victims in this criminal incident," Hancock allowed. "He did not choose his words wisely, but he didn’t violate any department policies."

About the findings as a whole, Hancock stated: "I have spoken with Chief White to make it abundantly clear that, as a trusted leader of this community, he must hold himself to the highest standard. The Chief should have exercised more professionalism in these instances, but his conduct did not rise to the level of discipline. I truly believe that Denver has an honorable and dedicated Police Chief in Robert White. He values accountability, he prioritizes doing the right thing and he cares deeply about the police department and people of Denver."

No surprise that Rogers wasn't satisfied with these conclusions. Last month, he told Westword, "I'm very quick to call for the firing of my police chief and Matt Murray because of the wrongdoings they've done." He was also frustrated with Hancock, saying, "The fact that he won't act on the Chief of Police, who lied in an investigation, speaks to the overall state of the city and the way he governs. I'm ashamed of everything that's going on."

Rogers added that "the chief of police has lost the respect of the police department. They don't respect him anymore. The mayor knows that, but the mayor will not act upon it. And I think it's high time somebody steps forward and says, 'That's enough.'"

When contacted after Hancock's decision was made public, Rogers declined to elaborate on his views (at least for now) beyond the following Denver Police Protective Association statement, in which bolds, italics and capitalized passages have been reproduced: "The DPPA is very disappointed to have just learned Mayor Hancock has decided Chief White's actions in his TWO SEPARATE INTERNAL AFFAIRS COMPLAINTS did not rise to the level of discipline. As the person who filed the open records request complaint and knowing ALL the facts of that complaint, we summarily reject this absurd decision. Not only were both Chief Robert White and Deputy Chief Matt Murray misleading during the investigation, but they conspired to withhold a letter written by District Attorney Mitch Morrissey that clearly called into question Deputy Chief Murray's decision-making abilities. The DPPA is now tasked with explaining to the other 1,500 honorable and honest Denver Police officers how they move forward."

Click to access the Denver Sheriff Department investigations of Chief Robert White regarding the open-records request and the hit-and-run.