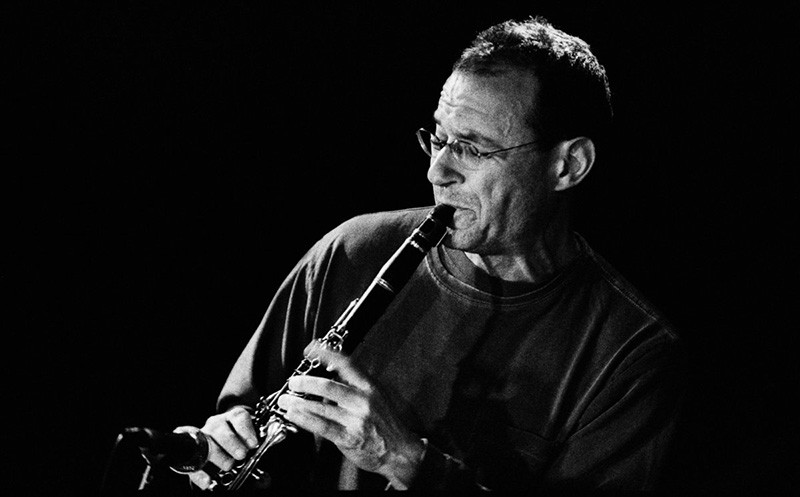 Courtesy of the artist
Ben Goldberg will perform his album Orphic Machine at the King Center on Friday, April 13.

Bay Area-based jazz clarinetist Ben Goldberg, who grew up in Denver, released his adventurous album Orphic Machine in 2015, but the album’s initial inspiration happened four decades ago, when Goldberg took a literature class from professor Allen Grossman at Brandeis University.

Goldberg recalls Grossman showing how the Bible and the stories of Gilgamesh or Homer were “dealing with the emergence of different levels of human consciousness, self-awareness, the struggle between oral tradition and written tradition. Basically, it blew my mind. I couldn’t believe it. I couldn’t get my mind around it. And that was a long time ago. It hit me so hard. I kept thinking about that stuff for decades.”

Goldberg had always wished he had a book that dealt with some of the “crazy things” Grossman talked about in that class. Then he stumbled across Grossman’s 1990 book, Summa Lyrica: A Primer of the Commonplaces in Speculative Poetics.

“That’s a crazy book,” Goldberg says. “A totally insane book. It’s filled with these sayings that you just can’t figure out. The book’s supposedly about poetry and its relation to human consciousness or something like that, but it’s basically written in the form of a lot of sayings that are nearly impossible to get your mind around. And I was just fascinated by it. I looked at that book for about five years trying to absorb it in some way.”

After getting commissioned by Chamber Music America in 2010 to write a composition for a large ensemble, he decided to write a piece based on Summa Lyrica. Since he’d used passages from the book as lyrics, he immediately thought of vocalist and multi-instrumentalist Carla Kihlstedt, whom Goldberg had worked with in Tin Hat.

Goldberg says he didn’t want to use more than a dozen or so words from Summa Lyrica for each of seven of the ten songs on Orphic Machine that have lyrics.

“Those words had been echoing in my mind for so long that I felt like, if I make a song that uses those words, I can’t just say those words once, because nobody’s going to absorb it,” Goldberg says. “Nobody would be able to understand it, because the words are so dense. So the only way they can have an effect on you is if you find a way in a song to let them hang in the air in front of people so that they can kind of contemplate them. That’s why I just use very few words, but they keep coming around again and again because that’s what was happening to me with those words.”


After deciding what words he wanted to use, Goldberg sat down at the piano for three months, while one melody after the other just started pouring out. While he has delved into unconventional music in the past (and he just released Practitioner, which includes him and pianist Michael Coleman playing music from Steve Lacy’s album Hocus Pocus), he says the melodies on Orphic Machine are gorgeous and have beautiful chord progressions and nice harmonies.

“Honestly, all I can say is I think it was the right time for me to be doing that, because I made a list of the sayings that I wanted to use for the lyrics, and I sat down, one after another, and those melodies, as far as I can remember — it seems like those melodies kind of jumped right out at me,” he says.

Goldberg says he didn’t want Orphic Machine to seem schematic. He figured that if he wanted people to absorb some really strange lyrics, they should be wrapped in a beautiful melody, “because the melody draws your feelings in, and then the lyrics are just floating there to your contemplation. In some ways, if there was a strategy, I would probably say that’s the strategy, even though there wasn’t really a strategy. It’s just kind of how it happened.”

Goldberg will perform most of the Orphic Machine album, which has only been performed live four times since its release, at the King Center on Friday, April 13, as part of the Jazz Celebration at Metro State University, with Kihlstedt, saxophonist Rob Sudduth, pianist Myra Melford, vibraphonist Kenny Wolleson and drummer Ches Smith (who all play on the album), as well as local trumpeter Shane Endsley, guitarist Dave Devine and bassist Gonzalo Teppa.

“This is definitely the highest-profile concert I’ve ever done in Denver, and that means a lot to me,” Goldberg says. “My folks are gone. I lost both of my parents in the last decade, and so I don’t have family in Denver anymore. So that aspect of my connection to Denver is gone, and that’s a deep thing for me, because I still feel such a strong connection to Denver.”