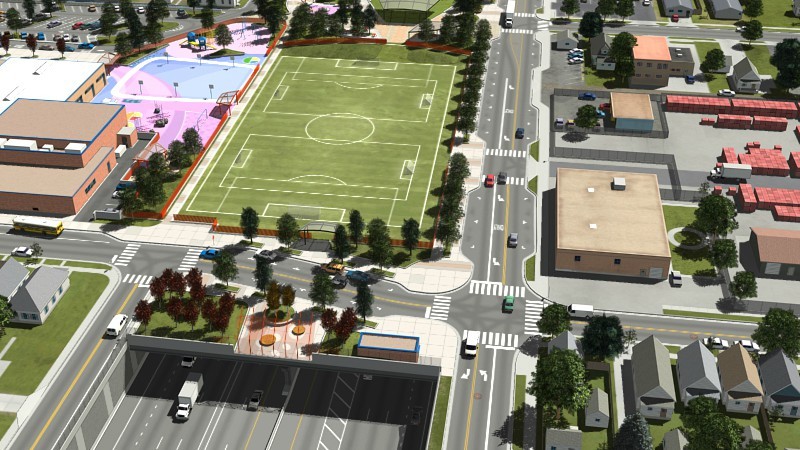 codot.gov
A visualization of the four-acre cover that's the most complicated challenge of the Central 70 project. See other simulations below.
Although "Ditch the Ditch" protesters haven't given up on stopping the sprawling and controversial Central 70 project, the Colorado Department of Transportation is moving full steam ahead, with a goal of getting under way in earnest this summer. To help prepare metro-area drivers in general, and especially commuters who travel along Interstate 70 east of I-25 on a daily basis, for what CDOT insists will be coming soon, we reached out to Rebecca White, Central 70's communications director, who offers a preview of a process that's expected to take well into the next decade to complete.

"We don't have an exact start date, but it's looking like June or July-ish," White says, adding, "It's a ten-mile project, and it will be phased in over four years."

The Central 70 plan encompasses an area "that's essentially from where I-70 and I-25 meet — the mousetrap — to Chambers Road," she continues. "And the most complex part of the project is between Brighton Boulevard and Colorado Boulevard. That's where the existing viaduct is today, and it's where the road will be lowered about thirty feet belowground. A four-acre cover will be built over a portion of that. It's about 1,000 feet in length from end to end."

This change would seem to suggest 24/7 lane closures, but White stresses that "it's not going to be that impactful. One of the major restrictions we put on the contractor with this project is that because Interstate 70 is an economic backbone for the state, they can't close any lanes during daylight hours. Up until 7 p.m., they have to keep three lanes running in either direction. At night, they can drop a lane, but they have only a set number of weekend and overnight full closures. Over the four years, we're only allowing them to do full closures overnight when majority activities are happening." 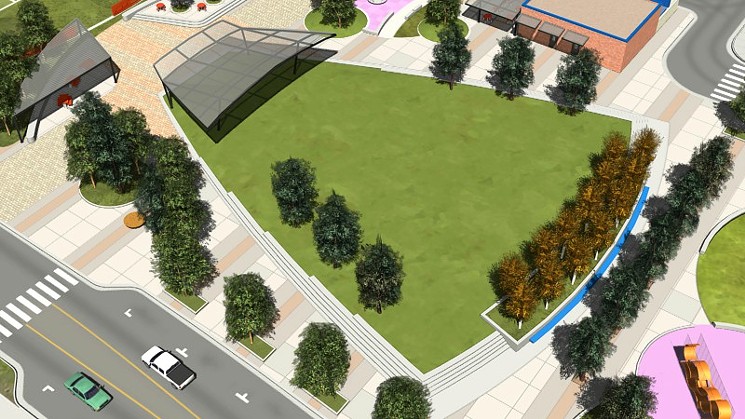 codot.gov
During the daylight hours, "what motorists will see is that traffic might shift toward the middle or the outside while crews are working on the median, and when they're out on one end or the other," White maintains. "But what they can't do is drop lanes."

In regard to the viaduct, "folks sort of assume it will come down and part of the interstate will have to be closed," she acknowledges. "In fact, they'll start building the first part of the lowered section directly to the north of the existing structure. They'll get enough room so traffic can move down into the first part of the lowered section. Then the viaduct will come down, and crews will start to build out the rest of the project."

Does that mean there will be a new thirty-foot decline and incline? "It won't be that dramatic at all," White insists. "The grade coming out of the lower section will be between 3 and 4 percent, which is nothing out of the ordinary for urban highways. That's part of the standard we have to meet for the Federal Highway Administration. And as all of that gentle, sloping work is done, we won't ever have to stop traffic entirety. There won't be any major detours from the interstate at any point in the project."

Even with no lane closures during the main commuting hours, speeds will inevitably dip during construction, and White sees that as appropriate. "When you see a cone, folks tend to slow down, which is what we want them to do. The safety of our crews is very important, and when there are folks out there actively working, you'll see construction speed limits." 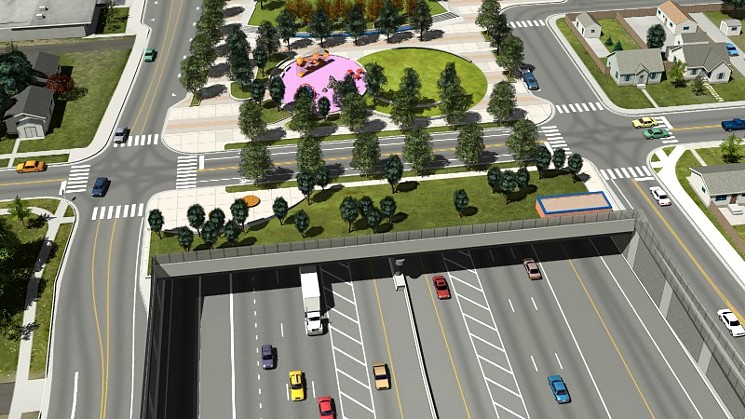 codot.gov
Those standards are expected to differ depending on what's going on at any particular time. But White suggests that the results may wind up being something of a wash.

"For better or worse, I-70 doesn't move very quickly for eight to ten hours a day right now, anyhow — and that's one of the two major problems we're trying to fix," she says. "The first problem is the viaduct, which is in pretty bad shape. It's a fifty-plus-year-old stretch of interstate, and there are a lot of safety improvements that are needed to meet the modern safety standards for interstate highways. But the other is congestion. That's why we're adding one additional express lane in each direction for that entire ten miles. Those are lanes that will be available for carpooling and public transit, and they'll be very similar to the ones on U.S. 36 and I-25."

In other words, they'll be HOV-3 toll lanes — meaning that drivers will be charged for using them unless they have at least three people in their vehicle.

When serious backups hit, drivers using apps such as Waze will likely receive prompts about alternate routes — and you can bet that won't make residents of the neighborhoods in the area very happy. White emphasizes that planners are cognizant of this development. 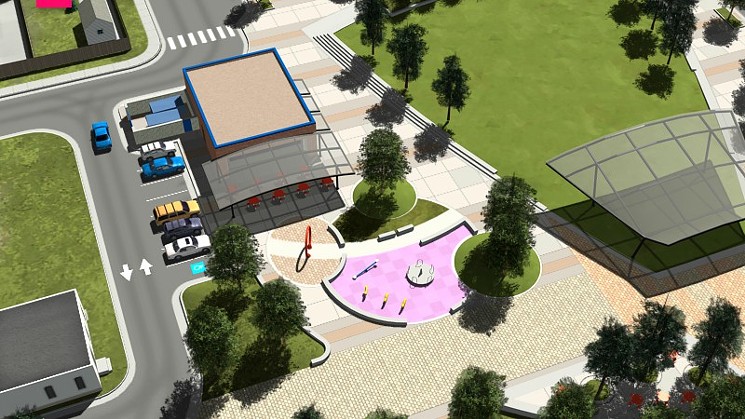 codot.gov
"At CDOT, we have a particular concern about the impact on Elyria Swansea of folks trying to detour," she concedes. "It wouldn't be a recognized CDOT detour that would move people from the interstate onto a local street network. But we've been talking about reaching out to Waze and other apps to let them know this project is happening. At the end of the day, drivers are going to do what they're going to do and will always take the easiest route. But we're trying to take away the interest in doing that by keeping the highway going, so folks will stay on the highway and not detour into neighborhoods."

CDOT is hoping to further lessen the number of cars using the route via a program called Northeast Transportation Connection, "which we'd love for folks to check out," White says. "It will help with deciphering the A Line schedule, connecting folks with carpools and encouraging people to bike to work. We've got about 1,200 businesses located around I-70, so if we can get some of the commuters to use alternative transportation modes, that's really going to help."

Preliminary work on Central 70 is already under way, she points out. "The team is in the final design stage, and there's a lot of activity to get ready for construction. We're doing some survey work and some demolition, like with the Colonial Motel, whose sign stuck up above the viaduct. That's been the most visible thing so far. But a lot of other things have been largely unnoticeable."

If things progress as CDOT expects, you'll be noticing a lot more over the next few months.