New Model for Eliminating Pit Bull Ban in Denver and Beyond 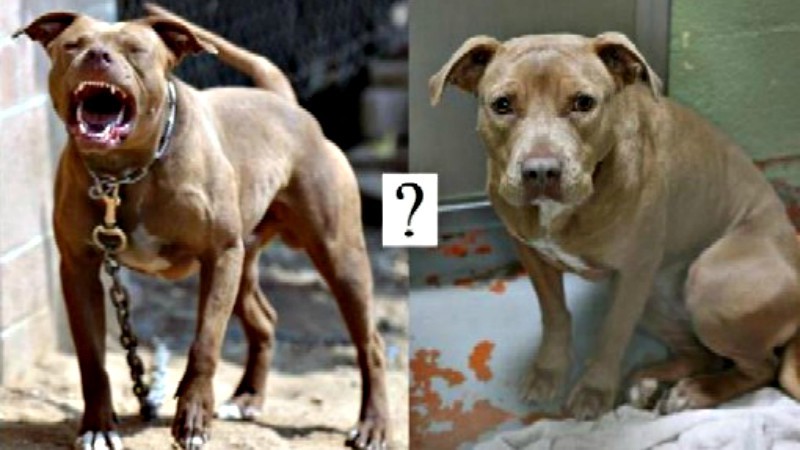 File photos
Pit bulls are currently banned in seven Colorado cities, but that number could soon be reduced to six.
Seven Colorado cities prohibit pit bulls, with such regulations resulting in thousands of dogs being euthanized in Denver alone. But the number of bans could be reduced by one within weeks. Tonight, April 17, Castle Rock's town council will hear the first reading of a new animal ordinance that repeals breed-specific legislation, and if it moves to the next stage, as expected, it could become law as soon as next month. Advocate Jen Dudley hopes the new rules serve as a template for repealing and replacing the bans in Denver and beyond.

According to Dudley, founder of EndCastleRockBSL.com, "Eighty-two pit bulls have been removed from the town of Castle Rock in the last seven years due to the current ordinance, and not a single one was part of any incident involving the dog or its owners. It was all based on how the dog looked. ... But once the ban is replaced here, I feel other towns will realize their enforcement dollars are being spent the wrong way and look to Castle Rock as a model."

When Dudley moved to Castle Rock from Parker in 2013, she had no idea the community had enacted breed-specific legislation, as have Denver, Louisville, Commerce City, La Junta, Lone Tree and Aurora, whose year-plus legal battle to euthanize an alleged pit bull named Bandit ended with the dog's death last month. She didn't learn the truth until three years later, when she started fostering dogs for rescues, and she acknowledges that "I was really shocked when I found out. I'm someone who cares for the well-being of animals and goes about responsible advocacy, and I've always been against these kinds of laws."

In her view, such edicts are wrongheaded and inefficient — but she didn't get personally involved in eliminating them until January 2017, when she read an article in the Castle Rock News-Press about the community's plan to revise its animal code, including the ban on pit bulls. After that, she says, "I reached out to town council and town staff about what was happening. I also created my web page and started a Facebook page, an email campaign and an online signature petition to gain support of residents," more than 1,000 of whom pledged their support. "This has been a total grassroots effort." 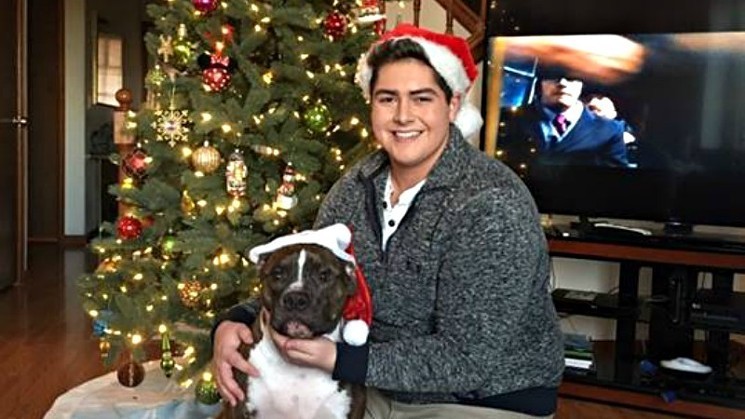 Bandit, seen with owner Suren Tatulyan, was euthanized by the City of Aurora after a struggle to keep him alive that stretched over more than a year.
Facebook
The following April, Dudley attended an open house about the animal code revision process and was happy to learn that officials "were already leaning in the direction of repealing the ban." So rather than having to fight the government, she found herself actively supporting it. And she believes the new ordinance justifies her efforts.

The current code includes "a section called the 'dangerous dog act,' and it's only two paragraphs," she points out. "Basically, if your dog bites somebody and the owners are convicted of possessing a dangerous dog, that dog either has to leave town or be euthanized. And it also prohibits the American Staffordshire Terrier, the American Pit Bull Terrier and any dog that possesses more than 50 percent of those breeds' characteristics based on a 27-point visual-characteristic check. So if the dog is found to be 51 percent pit bull, they're not allowed in town. And it's pretty ridiculous to think that 1 percent makes a dog aggressive and dangerous."

The replacement, Dudley goes on, "is a two-tier, behavior-based, breed-neutral ordinance for potentially dangerous and dangerous dogs, and it's incredibly comprehensive. Your dog doesn't have to bite someone in order to be classified as potentially dangerous, and it really holds the owners responsible for the actions of their dogs, because it allows for court-mandated preventative measures to make sure the dog's behavior doesn't escalate. There's an opportunity for rehabilitation, too. It lets the court mandate education and retraining classes and even a higher enclosed fence."

The dangerous-dog section, meanwhile, "remains the same, but now it's breed-neutral. No matter what kind of dog you have, if it's deemed dangerous, it still has to leave town or be euthanized."

To Dudley, the increase in options makes sense. Legitimately dangerous dogs will still be removed from the community, she notes, "but now, animal control and the court system can enhance public safety without instantly removing a dog that may have had a minor incident or that looks a certain way. And it also allows for the education of the owner so that problems can be avoided in the future."

An image from the EndCastleRockBSL Facebook page.
Facebook
She points out that "every dog has a unique personality, and they have their likes and dislikes, just as humans do. Maybe your dog is scared of children, and so it barks and lunges at them — and you need to mitigate the risk by ensuring that the dog isn't around children. Anthropomorphizing your animal is the worst thing you can do. You can't forget that risks are there, and no matter how amazing your dog is, it can still bite. Part of being a responsible owner is understanding that and preventing things from escalating if a problem arises."

The new code goes well beyond pit bulls, Dudley stresses: "It covers chickens, it has a much more in-depth humane care act, it deals with leash laws." The language was initially presented at a March 6 council meeting, where it moved to first reading on a 5-2 vote. Should it prevail tonight, a second reading will be scheduled for one of two May council sessions. If it isn't derailed before then, it will become law in Castle Rock.

After that, she says, "I hope the other towns in Colorado with bans review their animal ordinances comprehensively, across the board — especially in Aurora," where a 2014 pit-bull ban repeal effort fell short. "They need the kind of two-tier system like Castle Rock is putting in."

She adds that "everyone is going to talk about the repeal and how we're lifting the ban — but that's not what the town is doing. The lift-and-repeal terminology can sound scary for people who are uneducated on this subject. It sounds like it's going to be a free-for-all with dogs everywhere, but that's not the case. They're just replacing ineffective legislation with effective legislation that's been proven to enhance public safety" — and doesn't find dogs guilty just because they sorta look like a pit bull.