Eric Kilby at Flickr
Rockies fever, panorama style.
When you're lucky enough to live in a place as awesome as Colorado, there are inevitable side effects that stretch beyond longer traffic jams and lengthening ski lines as others figure out how great this state is. Few of those are worse than the annual "Look at me, I'm not from here" festivals of Colorado transplants going to home games decked out head to toe, rooting for the road team.

Perhaps the most famous of those infestations takes place this weekend, when the Chicago Cubs are in town for their annual visit, and everyone who grew up in Illinois or has a cousin or a great aunt back in Chicago  storms through LoDo, turning the place into a sea of blue-and-white pinstripes. They're  kind of fun but mostly obnoxious, just like fans of many other teams who come to Denver home games and fill up half the stands.

The most obnoxious road-team fans you'll find in Denver: 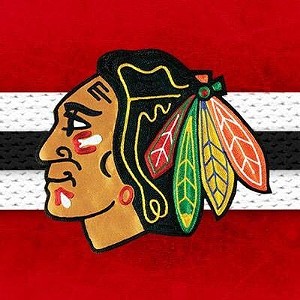 Chicago Blackhawks
10. Chicago Blackhawks
Don't take it from me. "Much the way being a Boston fan became hip last decade, Chicago teams (particularly the Cubs and Blackhawks) have seen an influx of new fans recently," says Raj Sharan, executive producer at 104.3/The Fan. "Throw in the gobs of Chicago transplants living in Denver, and you have a pretty obnoxious group. Oh, and it's okay to put ketchup on a hot dog."

We're just getting started with you, Chicago sports fans.
9. Pittsburgh Steelers
Who could forget the November 2009 Monday Night Football game when the famed terrible towel took over Corporate Sponsor Field at Mile High? You know, the one that caused Broncos officials a few years back to issue a plea to season-ticket holders to not sell their tickets to Steeler fans before their playoff showdown in early 2016?

They're loud, they're annoying and Primanti Brothers sandwiches are kind of overrated. But Steeler fans are also well-traveled and often deserve props for showing support on the road. Also, of course, the Steelers play in a different division and they do a pretty good job of beating the far more evil Patriots, Chiefs and Raiders.

But, you know, you suck and stuff, Steeler fans.

8. Oakland Raiders
Raiders fans mostly make this list for nostalgic reasons. With the team's looming move to Vegas, this could be an irrelevant fan subset a few years from now. But for now, you can still count on a slew of obnoxious Raider fans at Mile High, wearing Halloween costumes and scaring small children and some adults.

Even in the heart of their worst years, though, the Raiders somehow found a way to make the fans who traveled to the Mile High happy every so often. Who could forget the 59-14 home drubbing against Oakland in 2010? Or 600-pound quarterback JaMarcus Russell leading a game-winning drive to keep the Broncos out of the playoffs in 2009? I guess Raider fans deserve some credit for combing otherwise untouched corners of Amazon and Party City to dress themselves for a football game.

If you're from somewhere and you love that team, that's entirely understandable. But the Lakers have a knack for drawing in some of America's douchiest fans, most of whom have fringe-at-best connections to Los Angeles. Of course, this is a byproduct of the team being as good as it was for so long — which makes many Lakers fans winner-pickers, including a good chunk of those who fill the Can for Nuggets home games against Los Angeles. And, no, your second cousin Johnny living in San Bernardino doesn't give you a reason to root for the Lakers.

Maybe even the basketball gods have gotten annoyed with Lakers fans, as evidenced by the Lakers being mired in a glorious five-year playoff drought. And is it just me, or have Laker fans at the Pepsi Center gotten noticeably quieter since Kobe retired?

Wish we were as cool as you, Kobe-jersey-wearing-bro-who-lives-in-RiNo. Kansas City Chiefs coach Andy Reid.
WikiCommons
6. Kansas City Chiefs
If this list were a compilation of fans most likely to black out by the second quarter, Chiefs fans would rank near the top. Then again, if you were a Chiefs fan, that's probably the best way to watch the team.

They'd be higher on this list, but the Chiefs are kind of like that annoying little brother you periodically beat up just to let him know who's boss. Kansas City hasn't won a Super Bowl since 1969 and famously hasn't won a home playoff game since 1994, providing a delightful dose of schadenfreude for Broncos fans every January.

Plus, their coach looks like a giant tomato, especially after twenty beers.