Object Blocking a Bike Lane You're Cycling In? There's an App for That. 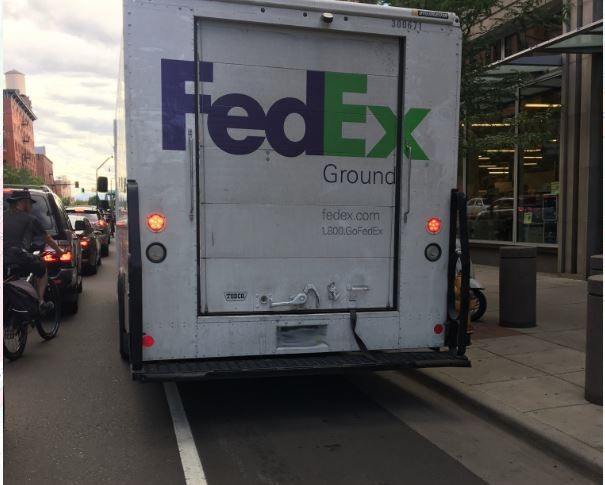 If you're an urban cyclist, you know how annoying it is when you're riding inside a protected bike lane and suddenly come across an object blocking the path — whether it be a car, a pile of snow, trash cans, a bus, a delivery truck or (as is ironically often the case) a police cruiser.

Needless to say, such objects totally defeat the purpose of bike lanes, forcing a cyclist to either veer into traffic or jump up onto the sidewalk (both inadvisable) to get around the obstruction.

But now, cyclists can fight back with a Denver-specific iPhone app called Things in the Bike Lane Denver.

Apple Store screenshot
The app, developed by David Mintzer, is the mobile extension of the Things in the Bike Lane website launched by Bicycle Colorado and BikeDenver in March this year.

The organizations have noted that the campaign isn't just to pressure public and city officials to acknowledge the problem of obstructed bike lanes, but to “create a favorable climate for people who bike, or who want to bike in Denver by encouraging people to use bike lanes for the purpose they are designed — as unobstructed traffic lanes meant for bicycles.”

Through the existing website and newly launched iPhone app, the two organizations will be crowd-sourcing data through the end of 2018. There have already been over 900 posts since March, in which users provide a location, photo and written description of each observed bike lane obstruction.

But even as maddening as such encounters can be when you're trying to get around on two wheels, the nonprofits behind the campaign do encourage some light-heartedness when users document bike lane obstructions. When writing a post, they note, “In the spirit of a shared love of Denver by all Denverites, humor is encouraged."