The Most Surreal Leo Kottke Interview You'll Ever Read 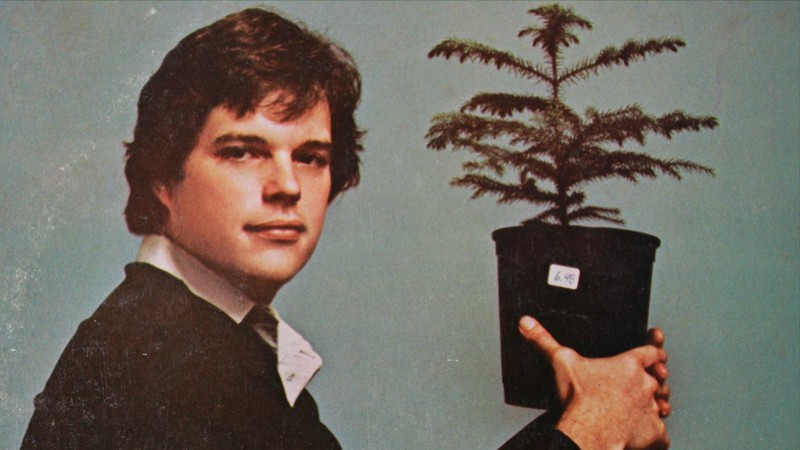 Amazon
Leo Kottke as seen on the cover of his 1975 album Chewing Pine.
Leo Kottke, who's playing October 19 at the Paramount Theatre with the Nitty Gritty Dirt Band, is weird in the best possible way. And his career has been, too.

No one's ever accused Kottke of being a pop star. But somehow, he's managed to parlay his awesome aptitude on the acoustic guitar, a knack for instrumental intricacy that's undeniably complex yet somehow warm and inviting, and occasional vocals that amusingly and defiantly stick to the low road into a half-century-long career. His debut long-player, 6- and 12-String Guitar, arrived in 1969, and he released a steady stream of material for decades while quietly influencing generations of pickers, as the dozens of online videos showing amateur players trying to master his licks demonstrate.

Over the years, Kottke, who lives in Minnesota, has become a hero to famous musicians, too, including Phish's Mike Gordon, with whom he's recorded two albums, 2002's Clone and 2005's Sixty Six Steps. But Kottke, who's in his early seventies, remains hilariously unaffected by the esteem in which he's held. He seems satisfied to occupy his own particular reality, which is different enough from the one the rest of us occupy to render his commentary both insightful and delightfully bizarre.

Witness the following interview, in which Kottke pivots from reminiscences of his early visits to Colorado and encounters with Colorado promotion legend Chuck Morris, a devoted fan who served as his manager for a considerable stretch, to how there's little difference between the typical audience and one in a prison (depending on what kind of prison it is), why he doesn't care if ticket-buyers aren't paying attention (except when they don't care), that time he fell off a stage, the importance of not trying, the show he doesn't remember at all that was probably brilliant (though he can't say for sure), the concert he saw that was simultaneously terrible and astonishing, and why making a good YouTube video is probably more important at this point than producing a new recording.

His Wikipedia discography says he hasn't done the latter for thirteen years, which doesn't seem right to him. But who the hell knows? Leo Kottke's world makes sense; the other one is the problem. 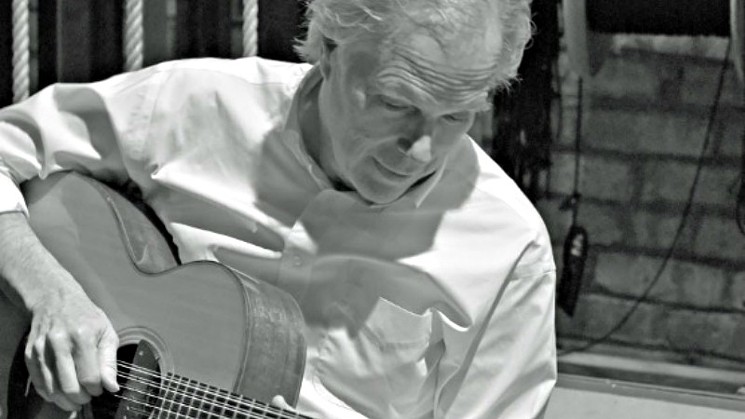 A portrait of Leo Kottke as an older man.
Ticketfly
Westword: When was the first time you played in Colorado? Chuck Morris says he thinks you're the third person he ever booked to play at Tulagi in Boulder.

Leo Kottke: That was probably it. He told me a band called Greezy Wheels had told him about me. So he booked me. I remember their lead singer sang in her bare feet. I think that's the first time we played in Colorado, but it could have been anywhere. Once I decided not to know where I'm going after tomorrow, I kind of forgot where I was yesterday.

But the show that started Chuck and I on a steady run in Colorado was Tulagi's. And I think it was the first or second one where I dropped an amp on the tuning head on my guitar. So it started out on sort of an awkward footing.

I spent a lot of time on the six-string, but I was basically married to the twelve — and I still am, but it's an open marriage now. There was a time where there really weren't any good twelve strings floating around. They were all overbuilt, and the wood itself, the top, was too thick and they all just sounded awful. But that guitar was really anomalous. I got it a couple of months before I played for Chuck. But I destroyed it. I dropped an amp on it.

That guitar had been built in Chicago. I believe he was Serbian, and his name was Bozo Podunavac — what a name. He got mad at me one day, and he yanked out a T-shirt that had three bullet holes in it, and he said, "I'm sending a rocket to your house." He was being sort of funny, but he was pissed off, too. He was a very interesting guy, and it was a beautiful guitar. I recorded on it, and it recorded better than it sounded. I liked that.

I did eventually get it repaired, and many years later, I was looking at it in my house and it fell over, and there went the tuning head again. So it still exists, but the tuning head is still hanging there like a loose tooth.

That was my first job in Colorado, or it might have been the second. This was quite a while ago. To me, everything happens at the same time. I've been that way since I was a kid. But it kind of behooves me to have a more linear reference, and that's as close as I can get to one.

The thing that was memorable about the first job was meeting Chuck. He was, and is, like no one I've ever known. There's only one Chuck. He would book me basically every year after that. In the beginning, I suppose, at Tulagi's, and as he got bigger and bigger, he would take me along and book me in his newer venues and open for bands across the state. So we would end up seeing each other two or three times a year, which is a lot of continuity with touring.

As a result of that relationship with Chuck, you've played in Colorado a lot over the years. Is there something about Colorado audiences that stand out for you?

No, because all audiences are the same. What stands out is the atmosphere that isn't confined just to the audience. It's there in the town or the cities or wherever you are. And that you do notice — some qualifier in the air. And in Colorado, it is a function, I think — and this is coming from a guy like me, who complains about it — of the fact that they don't have any air there.

There's a difference. Things sound different the thinner the air is. And, of course, Boulder is full of schools and colleges and ups and downs topographically. Those things make a difference.

I very rarely play in Minot, but I remember coming on stage one time and saying I was a big fan of a 360-degree horizon. And the room roared. They agreed, which is fortunate, since they live there. So there's that part of it. If the people in the hall are more or less native to the area, there's a color to it. It's kind of brighter in Colorado, because there's less air. So things are easier to see.

An ex-convict had to explain it to me. He warned me when a friend of mine told him I was going to play in a state prison. He said, "Don't play there. There are people there who deserve to be in prison." He had just come out of a federal prison in Atlanta, I believe, at the time he told me. He was laying on the couch with a broken arm; I don't think he'd seen anybody about it yet. But I said, "What's the difference?" And he said, "State prisons, that's where they put the baby rapers and the child killers. That's where they put the people who deserve to be in prison." Because the worst crimes are adjudicated under state law.

Of course, there's some nasty shit under federal law. But a lot of it is white collar or immigration. Maybe kidnapping would be a bad one. It is a different crowd. But federal prisons are pretty much like an open promotion anywhere else.