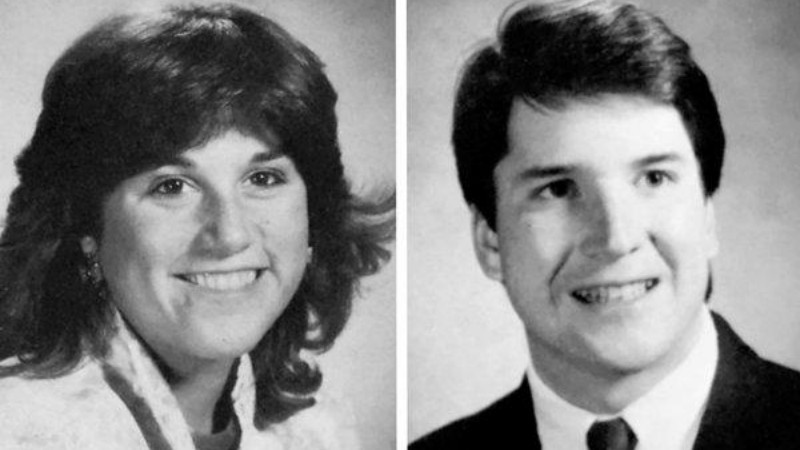 But while Boulder's Deborah Ramirez, who says Kavanaugh "thrust his penis in her face, and caused her to touch it without her consent" 35 years ago during a college party at Yale University, was quizzed by the feds, none of the twenty-plus people she told investigators could corroborate her story appear to have been contacted. And the same goes for Kavanaugh's freshman-year roommate at Yale, who used two different media outlets on October 3 to accuse the man on the cusp of a lifetime appointment to America's highest court of lying under oath.

Ever since September 23, when her claims were shared by the New Yorker, Ramirez, who works for Boulder County's Housing and Human Services department, has been hit, often hard, by mixed messages.

While White House spokeswoman Sarah Sanders said the executive branch was open to Ramirez testifying before the judiciary committee, she didn't earn an invite after President Donald Trump casually characterized her as a forgetful drunk. In the meantime, she's been targeted by a barrage of offensive tweets that offer yet another reason why so many women don't report sexual assault.

Brett Kavanaugh during his introduction as a nominee to the U.S. Supreme Court, with President Donald Trump standing behind him both literally and figuratively.
YouTube file photo
Meanwhile, three linked tweets shared on October 2 by John Clune, Ramirez's Boulder-based attorney, suggest that the FBI didn't conduct an extensive investigation of his client's assertions.

Clune's message reads: "Debbie Ramirez spoke to the FBI for over two hours this past Sunday. It was a detailed and productive interview, and the agents were clearly motivated to investigate the matter in any way they were permitted. Ms. Ramirez identified a number of witnesses, and at the end of the interview, her lawyers provided the FBI the names and known contact information of additional witnesses (totaling more than 20) who may have corroborating information. Although we do not know the status of the investigation, we are not aware of the FBI affirmatively reaching out to any of those witnesses. Though we appreciated the agents who responded on Sunday, we have great concern that the FBI is not conducting — or not being permitted to conduct — a serious investigation."

This theme was sounded again on CNN, where host Anderson Cooper chatted with James Roche, Kavanaugh's roomie during their first year at Yale. Roche, who'd previously issued a statement of support for Ramirez, told Cooper that "there is zero chance that she is making up this story."


Around the same time Roche appeared on the cable-news network, Slate published an essay by Roche, with a subhead stating that Kavanaugh "lied under oath about his drinking and terms in his yearbook."

Early on in the piece, Roche wrote, "I am willing to speak with [the FBI] about my experiences at Yale with both Debbie and Brett. I would tell them this: Brett Kavanaugh stood up under oath and lied about his drinking and about the meaning of words in his yearbook. He did so baldly, without hesitation or reservation."

He added: "In his words and his behavior, Judge Kavanaugh has shown contempt for the truth, for the process, for the rule of law, and for accountability. His willingness to lie to avoid embarrassment throws doubt on his denials about the larger questions of sexual assault. In contrast, I cannot remember ever having a reason to distrust anything, large or small, that I have heard from Debbie."

The FBI report provided to Judiciary Committee members isn't supposed to be made public. But since investigators apparently didn't speak with Roche or any of the sources cited by Clune, the extent of their inquiry into Ramirez's claims could very well be a single conversation with her.

Indeed, moments ago, CNN's Ana Cabrera tweeted that according to a White House official, the FBI reached out to a total of ten people and conducted "comprehensive" interviews with nine of them — most, presumably, related to Dr. Christine Blasey Ford, who testified before the judiciary committee that Kavanaugh sexually assaulted her at a high school party.

Whether the investigation as a whole can be considered comprehensive, especially in relation to Ramirez, is another question entirely. But to William Pittard, an attorney for the law firm of Kaiser Dillon, which also represents Ramirez, the answer is clearly "no." In a letter to FBI Director Christopher Wray (it was copied to senators Mitch McConnell and Chuck Grassley among other committee members) that was tweeted by Clune this morning, Pittard writes that he and his fellow lawyers are "deeply disappointed" in the way the probe was conducted. He adds: "We can only conclude that the FBI — or those controlling its investigation — did not want to learn the truth behind Ms. Ramirez's allegations."

The document also includes a declaration by Dr. Richard Oh recalling that he'd heard about the incident at Yale detailed by Ramirez immediately after it happened and would eagerly talk to the FBI about his recollections — if only someone would take him up on the offer.

Click to read the William Pittard letter to Christopher Wray.

This post has been updated to include information about the William Pittard letter.