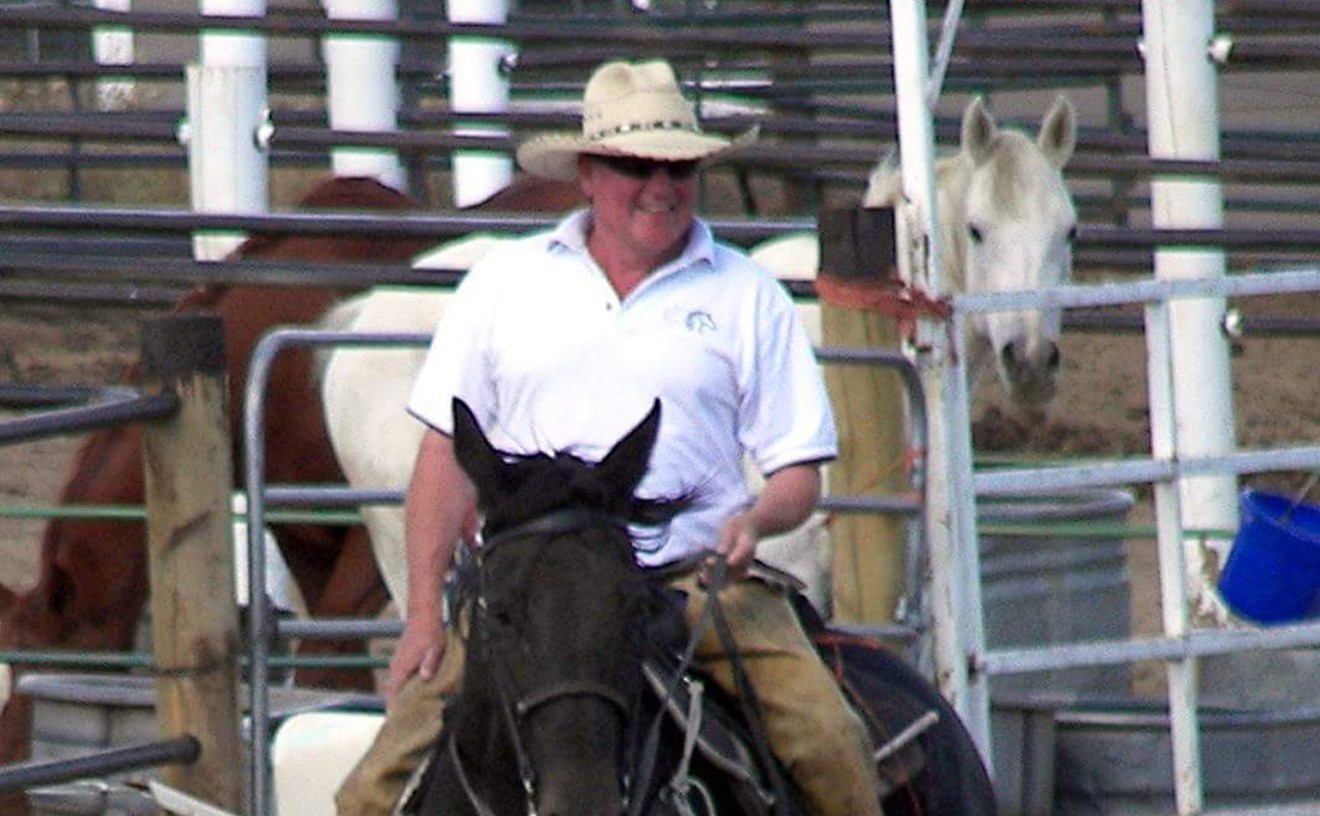 Facebook
Bill Stiffler started his rescue in 2001.
Bill Stiffler, the founder of Friends of Horses, appears to be on his last leg at the rescue's location in Centennial.

On October 26, an eviction notice was posted on the front gate of Stiffler's rescue, which is located on property that he leases rent-free. The notice let Stiffler know that he has until November 30 to vacate the premises.

Arapahoe County sheriff's deputies also served Stiffler with restraining orders on behalf of Maria Lawson and Emily Klimas. Lawson and Klimas, two former Friends of Horses boarders, are buying the property on which the horse rescue resides and plan to start a new one called Mile High Rescue.

Stiffler has bumped heads with both law enforcement and horse lovers over the years, with some accusing him of cruelty to animals. Although Stiffler was found not guilty of six counts of animal cruelty in 2006, allegations persisted and were coupled with concerns about his verbally abusive ways of dealing with clients and employees.

The battle to wrestle the property away from Stiffler began over the summer, and it appears that it will finally come to a close at the end of November. In the meantime, Stiffler has threatened to sue Lawson, Klimas and Carleton L. Briggs, the head of the California-based religious trust that owns the land, over the sale of the property. Stiffler claims that a 100-year lease between him and Briggs exists, but has yet to produce it. 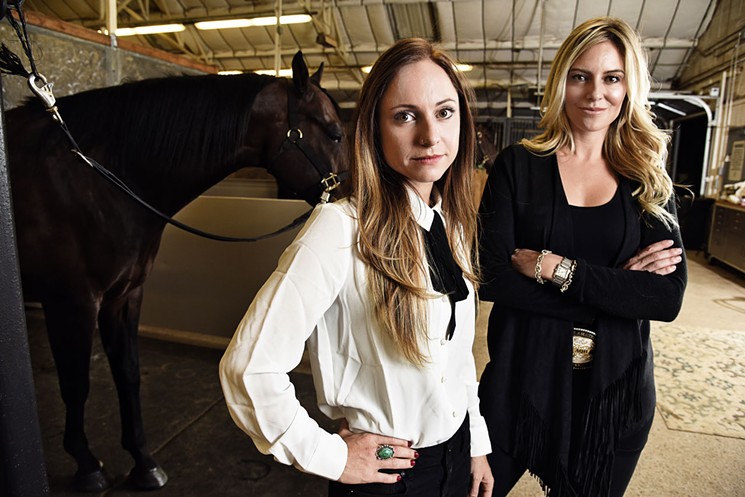 Maria Lawson and Emily Klimas say Bill Stiffler is no friend of horses.
Anthony Camera
Stiffler will also have to appear at the Arapahoe County Justice Center on November 8 regarding the restraining orders sought by Klimas and Lawson against him; the women say they filed because Stiffler has threatened to harm their horses, which are also protected under the restraining orders.

Despite his impending eviction and legal troubles, Stiffler is still operating Friends of Horses. He recently hosted a child's birthday party and a Halloween event, and some Facebook followers of the Friends of Horses page are still hoping to donate to the rescue:

Screenshot from October 30, 2018.
Friends of Horses Facebook Page
But the troubles facing Friends of Horses, which Stiffler has avoided addressing publicly, have been discussed on the very same Facebook page. And in September, Stiffler marketed an unprecedented end-of-summer sale of horses, advertising tens of rescues for purchase. The advertisements have continued as Stiffler tries to convince clients that the rescue is here to stay.