Craft brewers are known for their collaborative spirit. But that's within the walls of the beer world. When it comes to other vices — like wine, spirits and cannabis — some industry leaders have been a bit standoffish.

Boston Beer Company, the biggest "craft brewery" in the country, for instance, warned in early 2016 that marijuana legalization could hurt breweries if people spent their dollars there, and the Brewers Association has been so uncomfortable around the subject that the industry trade group has barely mentioned it in past years — though it did offer some analysis of that competition in early 2017.

But that's changing. In July, Brewers Association economist Bart Watson surveyed members about what they are making "beyond beer." Among the ten questions on the survey were specific queries about flavored malt beverages, hard seltzer, sake, kombucha, cider, wine and spirits. The final two questions took on the subject of cannabis directly: Are you, or would you make a beverage containing THC or CBD?

Apparently, the overwhelming response was yes.

In a letter to members this week, BA board chairman Eric Wallace — the founder of Longmont's Left Hand Brewing — said that the organization is considering a change to its controversial three-pronged definition of what it considers to be a craft brewery, according to Brewbound, an industry blog. While the limits on size and independence would stay intact, he wrote, the BA is thinking about dropping a requirement that the majority of a craft brewery's total production volume come from "traditional or innovative brewing ingredients."

After evaluating 1,000 answers to Watson's survey, the BA realized that "an increasing number of craft brewers are already experimenting with non-traditional beer offerings such as flavored malt beverages and hard seltzers. A growing number of BA members have also expressed interest in creating beverages infused with THC and CBD," Wallace wrote, according to Brewbound. “Nearly half surveyed said they would consider producing beers containing CBD or THC should the regulatory structure change federally around those potential products.” 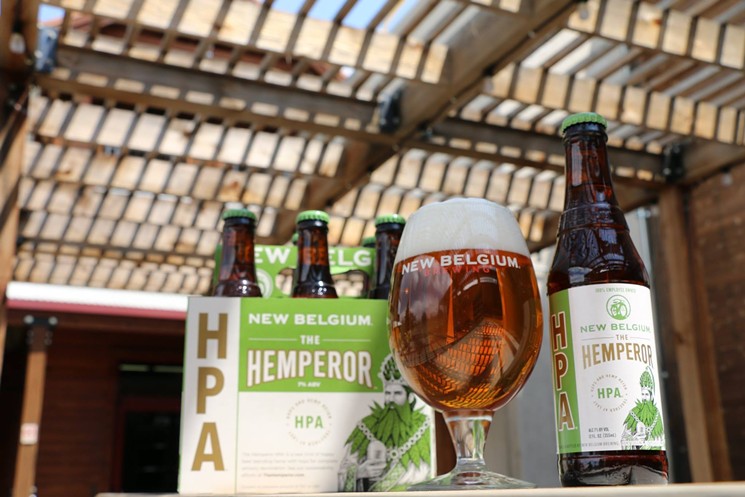 New Belgium Brewing
Coincidentally — or maybe not so coincidentally — the BA is also seeking someone to author a book on the "history, regulatory environment, agriculture, chemical properties, and use of cannabis and hemp in brewing craft beer and other beverages through an era of social change."

While there is speculation that a change could be a thinly veiled attempt to keep Boston Beer Company in the fold (the maker of Sam Adams has moved more and more into other kinds of alcoholic beverages, like cider and hard tea), the BA itself denies that, saying the change is just reflective of changing times.

Currently, the federal government doesn't permit breweries to make beer with THC or its non-psychoactive cousin, CBD, though there are some non-alcoholic "beers" that contain either or both. If the feds every change their minds, THC and CBD beers would probably still fit within the definition of "craft" beer.

If the BA changed its definition, though, it would certainly make room for a variety of new alcoholic beverages to be considered craft, including those with THC and CBD. BA spokeswoman Ann Obenchain stresses, however, that "no decisions about the new definition will be made until the board has weighed and discussed input from the voting members at its November 29 board meeting."

In Colorado, Dad & Dude's Breweria legally made a CBD-infused beer for a short time before having to discontinue it after the federal Alcohol and Tobacco Tax and Trade Bureau changed its mind.

New Belgium Brewing currently makes The Hemperor HPA using hemp hearts (the meat of the seed, minus the shell), "as that is all the federal government will allow," says brewery spokesman Bryan Simpson.

"My personal take is that the BA is thinking more broadly than that as brewers get ever more experimental with their portfolios and start looking into ciders, FMBs [flavored malt beverages] and other potential hybrids," he adds. They have recognized that "brewers are bringing a wider array of potential ingredients into their mix, and it would appear they are looking to foster that creativity."

A proposed Farm Bill that will go before legislators in Washington, D.C., in 2019 includes a provision that would make the entire hemp plant legal for production. "The BA could well be preparing for that possibility," Simpson says.