Gofire Wants to Take Cannabis Vaping Into the Future 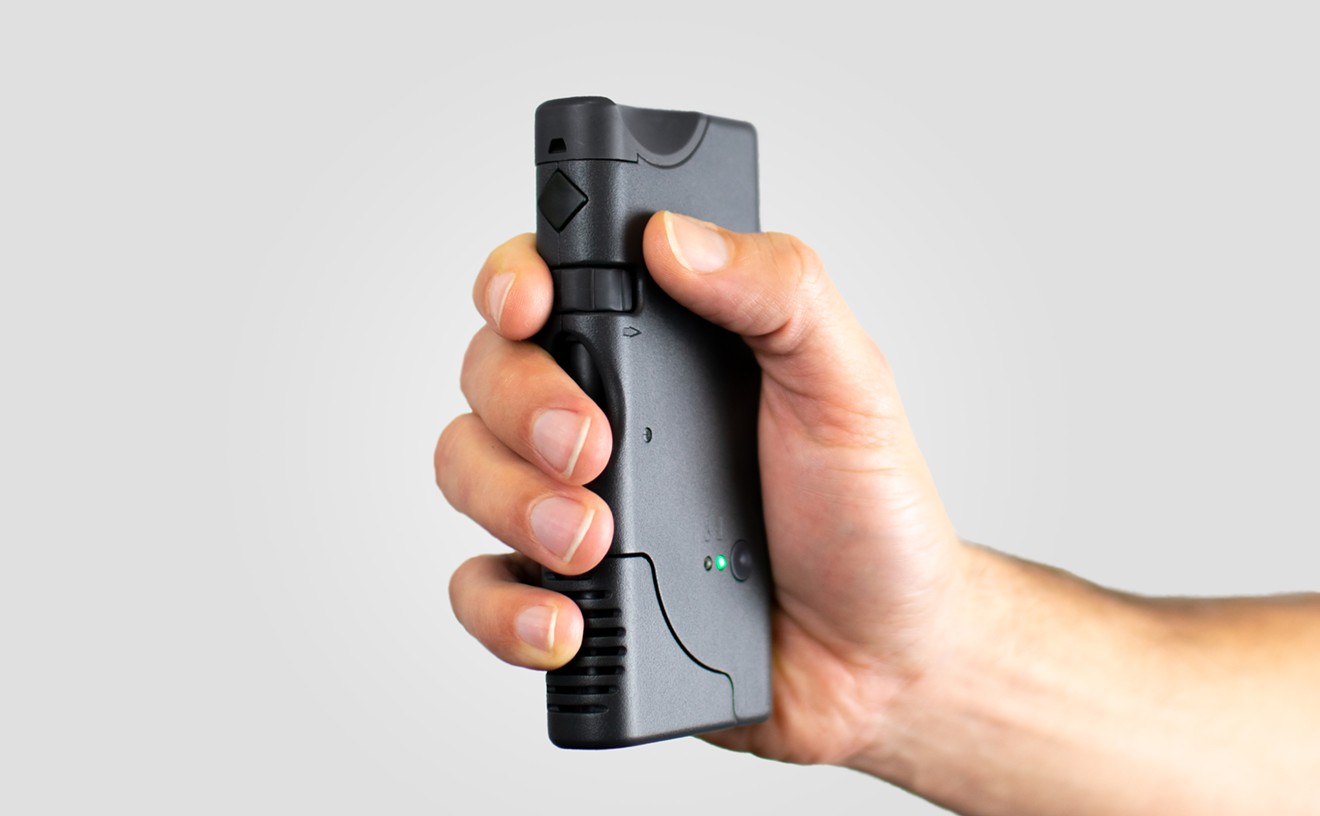 Courtesy of Gofire
The Gofire device and cartridges should be in stores by 2019.

Hash-oil vaporizers show both the potential and the challenges of the cannabis industry. Their convenience and discretion are undeniable, but so are the inconsistencies in dosage and potency. Gofire, a vaporizer startup in Denver, has slowly been working on a solution to those problems, however, and is almost ready to unveil it.

The company's self-dosing vaporizer employs a microchip on hash-oil cartridges to read cannabis testing results, which consumers can use and then log in a journal on their phones. To learn how Gofire plans to use this new technology to change medical and recreational cannabis, we talked with CEO Peter Calfee.

Westword: With so many faces in the crowd and big promises, how do you choose whom to partner and collaborate with in the cannabis industry?

Peter Calfee: I'm always trying to be kind and listen. Our egos get in the way of us doing business more often than not. I've also learned not to fall in love, and that's easy with all these exciting happenings going on in this space. For me, it's like, let's just go on a first date and go from there. My support system is a group of great advisers and friends: Rhett Jordan (Native Roots), Ryan Cook (The Clinic), Joe Hodas (General Cannabis). They also get that philosophy of working together. Ryan and Rhett are essentially direct competitors, but they sit down and have a blast together.

Ideas are a dime a dozen, but a team that can catch that idea and bring it to fruition is worth their weight in gold. I'd rather have an incredible team and a poor idea than an incredible idea and a poor team. When I look at companies to work with, I focus on teams that match my moral compass, share my philosophies and have the know-how and drive that I do.

How'd this gadget come to fruition?

I was in Colorado, and my friend set me up on a blind business date. So I'm sitting at her house, and in walks this guy in a bro tank top and workout shorts. I wasn't sure what was going on, but then we started talking. He was an engineer, and says to me, "I want to build a vaporizer." That ended up being my co-founder, John Woodbine.

My initial reaction was "Hell no, good luck with that e-cigarette crap. I'm not touching it." But it wasn't what he was talking about. He wanted to solve the lack of stability and repeat-ability in cannabis vapes. The first thing we wanted to solve was dose control. How do you create a consistent, repeatable dose in inhalable medicine? It's the Holy Grail of delivering drugs to the deep lung.

Over the next three months, we developed a prototype (similar to a standard pen-shaped vaporizer), what we called "the rocket ship," and we figured out dose control. We took a pipette and did an extrusion of product at 2.5 milligrams increments; then we're only vaporizing the product that's in the chamber, so the cartridge isn't heating up all the time and compromising flavor. But we still realized there were all these inconsistencies even though the dose was the same. It's not just about knowing how much, but of what. Eight ounces of lemonade is not eight ounces of lemon juice. So we put a smart chip on those cartridges, and the smart chip links back to a third-party lab test result. The results are then relayed to an app on your smartphone so you know the potency and test results.

Then we realized the app could act as a journal, and people could record what products were working for them. So we can have all this anonymous information and algorithms that read all these different results, which then kick back to the community about what's working for what. We don't know who these people are, just what they're using.

What can this information and data do for users, either medically or recreationally?

We're all trying to figure out which specific chemical compounds at what ratios work for sleep, pain, anxiety, PTSD — I could go on. So we turn this data into information to kick back to manufacturers, so they can build better products. I think it can have applications outside of vaporizers, and that's what we did. I was talking with a partner, and he asked if we could do this on other cannabis products, like edibles and so on. So we created a scannable dose code, and that technology should be on all medical and recreational products in Colorado within the next one or two months.

When can readers expect to see the vaporizer in stores?

We were hoping for this summer, but we ran into a snag with one of our production partners. We had all these products sitting at the manufacturing facility ready to rock and roll, but then we found out the circuit boards weren't properly built, so we found a new firm to work with. We're about to do a small run to test them internally, and then we're going to distribute about 350 products to influencers and beta-testers for a beta run for four weeks. So after all that, we're looking at January 1, realistically.

We set the bar as if we were regulated by the FDA. It's not nichrome metals; it's all medical-grade materials and set up for hospital use. It's $499 if you buy it as a direct consumer, but if you get a physician's recommendation — your primary care doctor, an MMJ-recommending physician, any functional practitioner — you can get it for half that price. At the end of the day, we really developed this to give patients control and find some consistent relief.

That's still a high price for consumers who are used to five-ten thread vaporizers that sell batteries for $10 or $15. What makes it worth such a huge jump in cost?

The device, as a whole, is unlike any vaporizer out there. The convection system we created is similar to how the Volcano Vaporizer works. It works with flower and oils; it's much smaller but essentially has the same functionally with the ability to measure dosages. Volcanoes are around $600. Ours is made of magnesium alloy, so it's meant to be durable and last as long as a Volcano, too.

We want the application of this to give that consistency and control to the adult use, too. I would say we created a shot glass for the industry. That ability to quantify our consumption is what we need to take this plant and make it mainstream.

Is cannabis lab testing far enough along to give users that reliable information?

We need the testing facilities to share their protocols. Right now, they don't. We're the only industry where testing procedures are viewed as intellectual properties. Every other industry has a standardization of operating procedure, but for some odd reason, the labs believe their procedures are their IP. Until the problem is fixed, we'll continue seeing those potency discrepancies from lab to lab.

We link it back to which testing facility is providing the information on the app, and we're starting to weed out which labs are reliable and which ones aren't. But in short: Yes, we believe it's enough. Especially if we're looking at rends of hundreds of thousands of use cases, then we can start to identify which facilities are consistent.