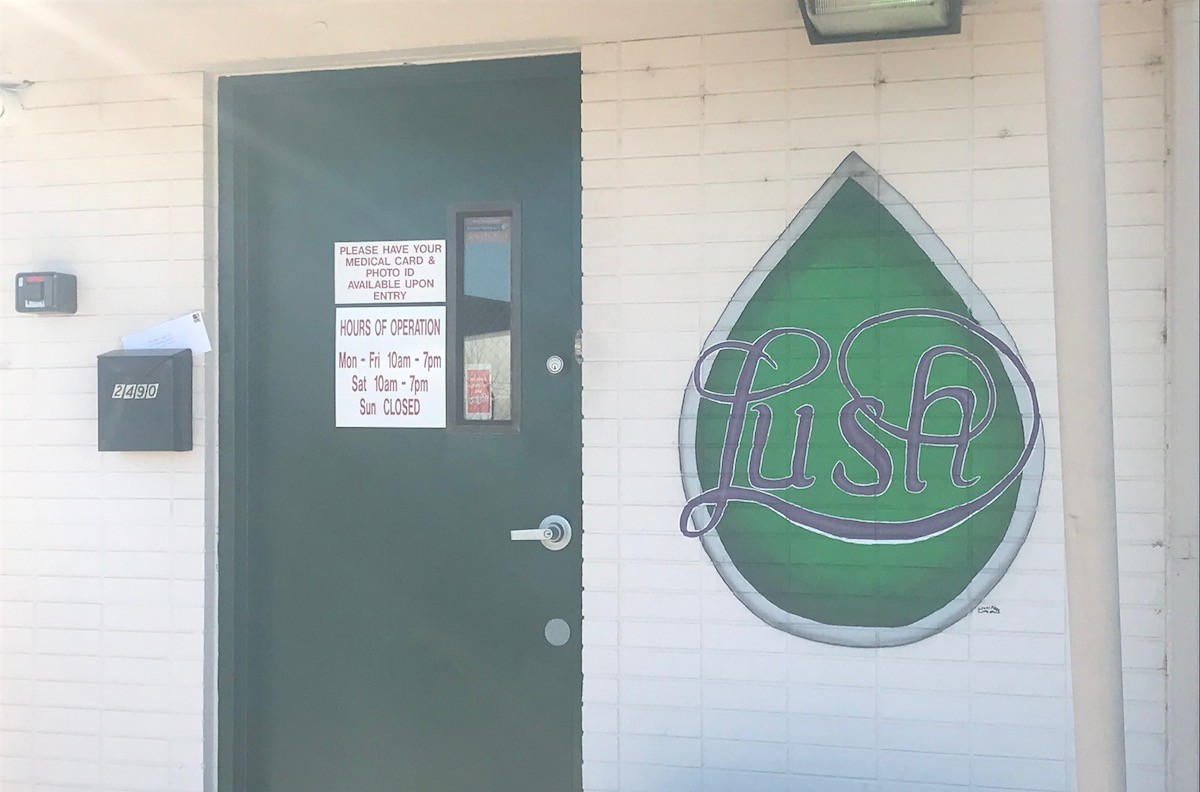 The recall stemmed from CDA tests that showed levels of pyriproxyfen, an unapproved pesticide for marijuana cultivation in Colorado, at Lush's supply grow, Colorado Wellness Centers LLC. According to the CDA and MED, the recalled products include marijuana flower, concentrates, infused products and trim.

"CDPHE and DOR deem it a threat to public health and safety when pesticides that are not on the list of approved pesticides for marijuana use as determined by CDA are applied in a manner inconsistent with the pesticide’s label," the recall reads. "CDA confirmed the presence of the Off-Label Pesticides, Pyriproxyfen, in the product samples tested."

All of the products are medical marijuana products, and were not sold to recreational customers. Any MMJ patient who purchased a product from Lush with the following license numbers should return or destroy them, the agencies recommend.

Lush co-owner and head grower Stefan Wonnacott says he has no idea how pyriproxyfen ended up on his plants. In fact, he says, he hadn't heard of it until the six agents from the state Marijuana Enforcement Division (an arm of DOR) showed up at his workplace.

"I had to Google the chemical when I was accused of using it," he says. "The first thing that came up was for treating fleas and ticks on dogs. I was completely shell-shocked." Wonnacott says that Lush will ask for additional testing for the products taken from the store, which are currently quarantined.

A chemical commonly used on cotton and other crops, pyriproxyfen is known for its effectiveness against whiteflies, a pest that also bothers marijuana plants. According to the National Pesticide Information Center, pyriproxyfen has a low toxicity level for mammals, but could cause liver damage and anemia at high dosages.

Wonnacott believes the flagged samples came from several leaves found in a vegetative room during a CDA inspection in July, but how it got there is a mystery to him, he adds.

"We had no prior knowledge of that chemical on our plant until there were six agents versus myself in the grow," he says. "And if they're doing this test in July and then coming in November for a recall, that product's already gone. It's already consumed. Timeline-wise, that just makes no sense."

The affected product is worth anywhere from $15,000 to $30,000, Wonnacott estimates, but he's more worried about the dispensary's reputation going forward.

"I appreciate, love and respect the plant. It's a medicine and should be treated that way. Hopefully, further tests can bring some clarification as to what that was, or we get some validation," he says. "We took it extremely personally and extremely hard, but at the same time, we don't want pyriproxyfen on any of our products, no matter how it got there. We'd be the first to announce that if they did."

The CDA did not immediately respond to requests for comment on this story.