Restaurant Roll Call: All the Openings and Closings in October 2018 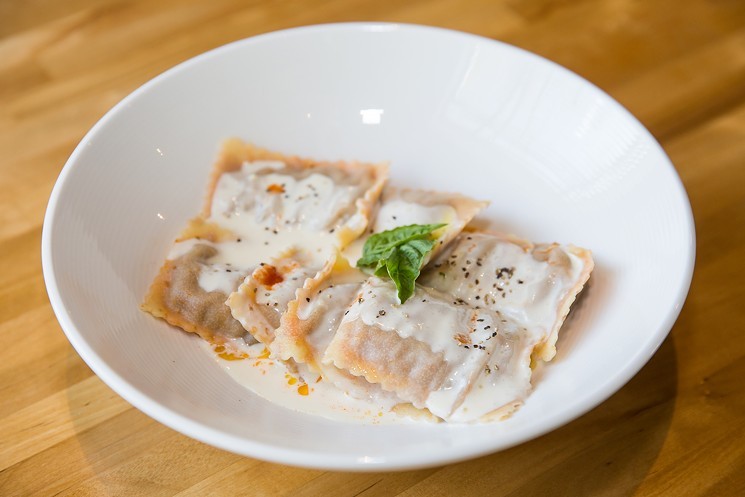 Danielle Lirette
A lasagna-ravioli hybrid was on Liberati's opening menu in October.
Big money was spent on restaurant openings in October. Morin took over the former home of the Wazee Supper Club with a complete remodel of the LoDo space at 15th and Wazee streets and a menu of modern French cuisine from chef Max MacKissock. Uchi came to town from Austin, Texas, bringing a new style of sushi and other Japanese-inspired dishes to the edge of RiNo at 25th and Lawrence streets. And Liberati Osteria & Oenobeers built an entire Italian restaurant and brewery specializing in wine-beer hybrids in the former Golden Bell Press building at 2403 Champa Street. All three are strong contenders for our year-end list of best new restaurants, if they can continue to impress diners as they did during their opening weeks.

Big money also changed hands as Phil's Place closed at 3464 Larimer Street. The Garcia family, which has run Phil's since 2002, sold the building so that they could retire. But the place didn't remain dark for long, as the Embassy Tavern, operated by Leigh Jones and the team that also owns the Horseshoe Lounge and several other bars around town, signed a short-term lease and began pouring later in the month.

Here's our complete list of restaurant and bar openings and closings for October 2018: