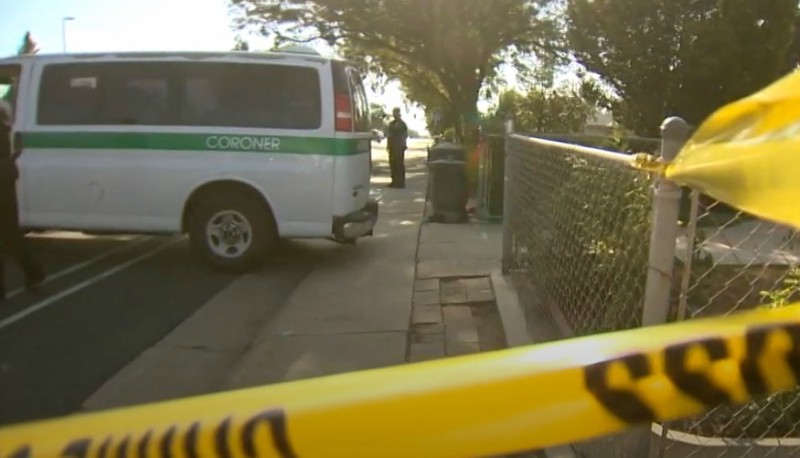 9News file photo
A coroner's van outside the Black residence the morning after the shooting.
On July 30, when Aurora policeman Drew Limbaugh killed Richard Gary Black moments after the homeowner saved his grandson from an attack by a crazed home invader, only 34 days had passed since the officer's involvement in another fatal shooting.

Limbaugh was cleared of wrongdoing in both cases, although he could potentially become the target of a civil suit; attorney Siddhartha Rathod, who represents the Black family, has blasted the decision to exonerate him in the most recent incident. But the brevity of the gap between the shootings has inspired Colorado state senator Rhonda Fields to create legislation intended to make sure that cops who've killed or participated in an officer-involved shooting while on duty are physically and emotionally prepared before returning to the streets.

The details of Fields's bill, which she plans to introduce during the next legislative session, are still in flux. But the senator hopes to focus "on the well-being of the officers. We need to make sure they're mentally capable of doing their job after experiencing a traumatic event and that they have the resources to support themselves."

Fields knows all about the impact gun violence can have on people; her son, Javad Marshall-Fields, a material witness in a murder case, was slain in Aurora in 2005. So it's no surprise that she had such a strong reaction to the death of Black, whose heroic actions were immediately followed by heartbreak.

A family photo of the late Richard Gary Black.
File photo
"I think the whole community was shocked and stunned after hearing about the events that transpired," she says. "I can't imagine having someone break into your home, grab your grandson and take him into the bathroom to attack him. Mr. Black was just trying to protect his family and his grandson by killing the intruder — but in the process, his family witnessed the death of the grandfather and husband."

Afterward, Fields goes on, "I had a chance to attend the funeral service and learn more about this wonderful family. He was a war veteran who served our country with honor and a Bronze Star awardee — so knowing that his life had been cut short was difficult to comprehend."

As for the month or so between Limbaugh's involvement in the Black shooting and the June 27 killing of Joey Bronson outside the Biltmore Motel, at 8900 East Colfax, Fields calls it "the true inspiration" for her current mission. "The family brought this to my attention. It was an area of concern they had. They wanted to know what was the protocol and why was someone turned back into the community within such a short time frame — and how the decision was made for when an officer was okay to return to duty."

With these issues in mind, Fields "looked at the scenario to see what we could do to prevent a tragedy like this from happening to another family." But after convening a stakeholders' meeting, she discovered how tricky it would be to come up with a process that would work for everyone. 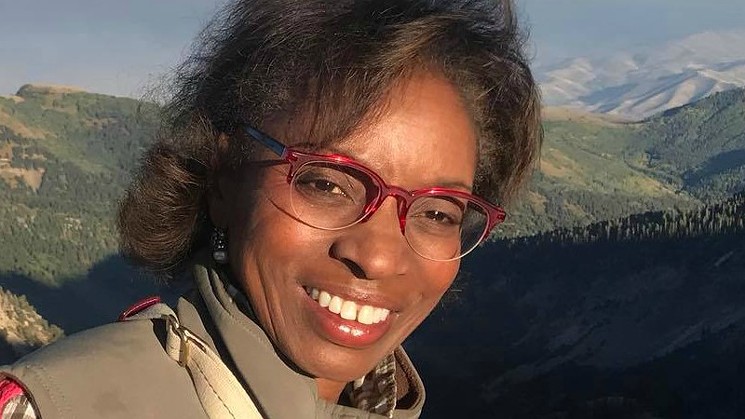 A Facebook photo of Senator Rhonda Fields.
Facebook
"We wanted to create a rubric or criteria to determine the steps that could take place before an officer got back to work after a critical incident like this one, and a whole host of ideas came out," she recalls. "One idea was having a mandatory thirty-day paid leave of absence — but that was not a very popular decision based on the feedback I received from law enforcement." In particular, she notes, "there was concern about some of our rural police departments, which might have only twelve or fifteen officers, or maybe even fewer. This isn't only something that affects our urban centers. We need to be sensitive to smaller operations, too."

The police sources with whom Fields spoke suggested that "instead of having a specific timeline, there might be different elements that could be achieved before an officer returns to duty. They might do simulations and practice their ability to tell the difference between a good shoot and a bad shoot. They might also see a psychologist and have a complete and thorough examination to make sure they're ready. There might also be a way of job sharing or shadowing a different officer in the field to make sure people are comfortable dealing with public safety and their own personal health."

Some agencies already have procedures in place that incorporate ideas like these; Fields singles out the Denver Police Department for praise in this regard. But such a program can't simply be imposed statewide because of a disparity in available funding. For instance, Fields says, "I support the idea of paid leave, but it can't be tied to a thirty-day limit or a sixty-day limit or a ninety-day limit. We really need to look at a holistic approach in order to come up with a reentry process to follow before someone goes back in to engage our citizens."

As such, she wants to use the Black case "as a learning opportunity for our state, to look at what we need to be doing. I see this as a risk assessment evaluation where we can insure that after a traumatic incident, our law enforcement officers are ready to protect and serve again."