Let There Be LIGHT! Gaylord Rockies Open for Business. 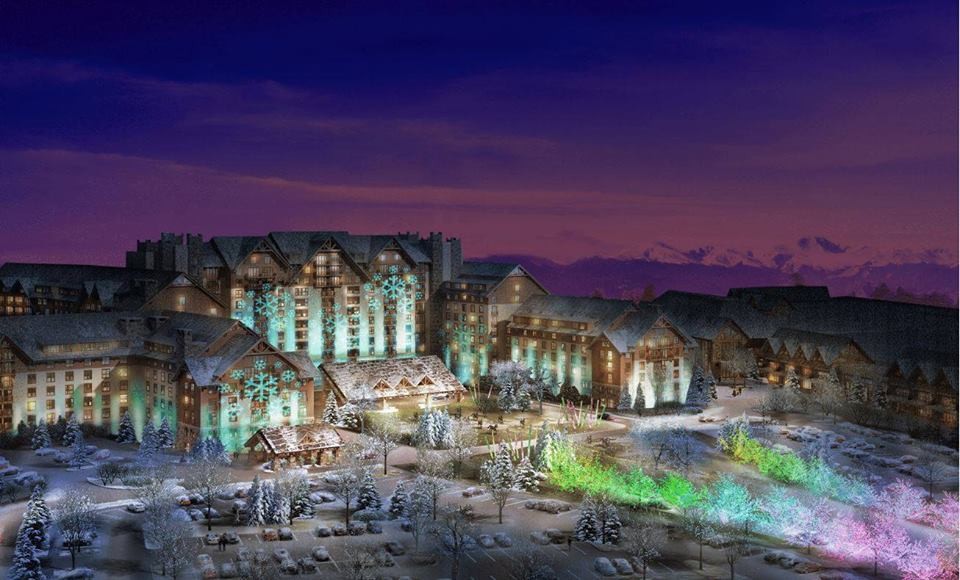 Light! at Gaylord Rockies Facebook
No, it's not a mirage. The Gaylord Rockies has opened.
It seems like the massive hotel complex on the prairie by Denver International Airport popped up almost overnight. But not to the people behind the Gaylord Rockies Resort and Convention Center, which welcomed its first guests on December 18.

“If you followed the press over the last decade, you know this day almost never came,” Ira Mitzner, president of Houston-based RIDA Development Corp., told the crowd gathered in the Gaylord Rockies lobby for the ribbon-cutting ceremony.

RIDA developed the $800 million project after the original development partner, Gaylord Entertainment, dropped out. Three Aurora mayors worked on the deal before it was completed. In the meantime, the Gaylord Rockies faced down three lawsuits, as well as a bill in the Colorado Legislature that sought to kill it and a state audit of RTA incentives.

• Aurora kicked in $300 million to support the project.

• The state contributed $81.4 million to the project.

• It took eight banks to finance the project.

• The Gaylord Rockies created up to 1,500 permanent jobs.

• 1.1 million room nights were booked before the hotel officially opened.

• 81 percent of the groups that have been booked have never held meetings in Colorado.

• 3,000 insurance executives are attending a conference with GAMA International, the first group to check into the Gaylord Rockies.

• The Gaylord Rockies is expected to generate $275 million of economic activity annually.

Want to see the place for yourself? You don't need to check in to check out the Gaylord Rockies (although a locals-only deal offers rooms starting at $119 a night); the complex is currently hosting a LIGHT!, a holiday light show that's free (but beware parking charges).