p_saranya/iStock
Although it still has a long road ahead, Representative Ed Perlmutter's bill that would legalize banking services for marijuana businesses is on the move.

Perlmutter has been proposing marijuana-banking reform measures since 2013, and a draft of his most recent proposal, the Secure and Fair Enforcement Banking Act of 2019, better known as the SAFE Banking Act, had its first hearing in the House Financial Services Committee on February 14. On March 28, the committee approved the SAFE Banking Act by a wide margin, 45 to 15. It will now go to the House floor, where it has over 150 co-sponsors.

Licensed marijuana companies and the ancillary businesses that serve them often have a hard time finding banks and financial institutions that will take their money. Because of the plant's federal Schedule I status, financial services businesses worry about potential federal racketeering and trafficking charges if they work with the cannabis industry. As a result, the majority of licensed pot companies operate on a cash-only basis.

The SAFE Banking Act would explicitly allow financial institutions to serve marijuana businesses, as well as ancillary enterprises such as real estate owners, accountants and other vendors. 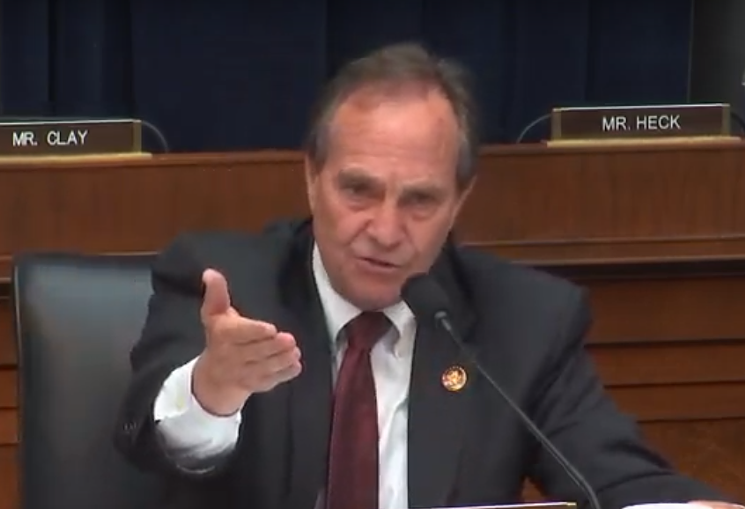 Colorado Representative Ed Perlmutter has been working on marijuana banking reform since 2013.
United States Congress
“The SAFE Banking Act is about public safety, accountability and respecting states’ rights. Our federal banking laws were designed to prevent illicit activity and help law enforcement do their jobs. These laws need to be applied to legitimate marijuana businesses and employees in order to improve transparency and accountability and help root out illegal transactions," Perlmutter said in a statement after the bill was approved by the committee. "Most importantly, the SAFE Banking Act will get cash off our streets, reducing the risk of violent crime and making our communities safer. While Congress has stuck its head in the sand for many years, this Committee has shown leadership on this issue and I want to thank my co-sponsors and members of the Committee for their support.”

Representative Diana DeGette, who "fully supports Colorado's marijuana-related businesses," according to her office, is a co-sponsor of the SAFE Banking Act. She’ll be introducing a bill next week that would completely block the federal government from enforcing its anti-marijuana laws in states, such as Colorado, that have legalized it.

A companion bill to the SAFE Banking Act is expected to be introduced in the U.S. Senate in coming weeks, according to Perlmutter's staff. And it will have at least one Colorado supporter in the Senate, judging from this tweet:

Right now, legal marijuana businesses must operate on a cash basis—raising significant public safety concerns. The #SAFEBankingAct will give these businesses access to much-needed banking services. Congratulations to @RepPerlmutter on passing this important bill out of committee.

We've reached out to the other members of Colorado's congressional delegation for their positions on the SAFE Banking Act; we'll update this post as we receive responses.