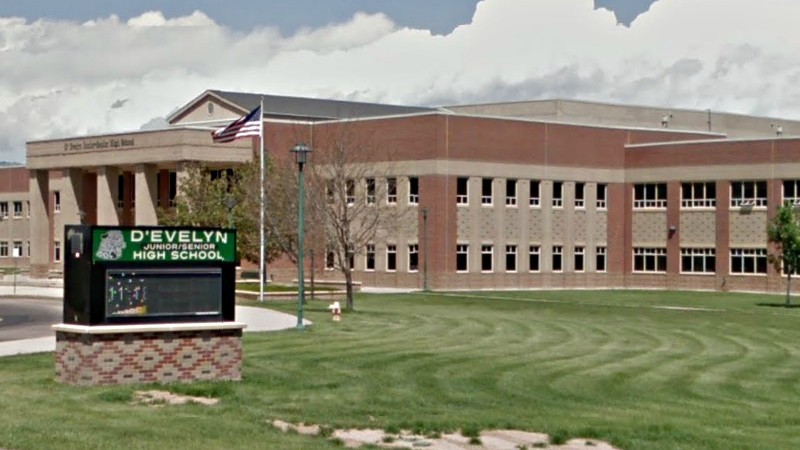 Google Maps
D'Evelyn is a perennial on lists of Colorado's best high schools.
Although it's been more than a quarter-century since the Colorado general assembly's 1993 authorization of charter schools in the state, the institutions remain controversial in some quarters, with many progressives painting them as threats to the public education system even as conservatives laud them as a way to offer parents and students more choices.

Expect the latter to be thrilled by the latest list of the ten best Colorado high schools as judged by U.S. News & World Report, which is dominated by charter or option schools. Only two traditional public high schools made the cut in 2019, and some that were included on our compilations of U.S. News rankings shared in 2014, 2016 and 2018 fell short thanks in part to the rise of some facilities not seen on those rosters.

In January, as the prospect of a Denver Public Schools strike loomed, Corey Kern, deputy executive director of the Denver Classroom Teachers Association union, discussed charters in the context of a potential walkout. More than 25 percent of DPS schools are charters, where educators aren't unionized, and Kern confirmed a report that the DCTA had requested the names and salaries of charter school teachers. But he also expressed concerns about charters, singling out what he described as "the accountability piece, because we have public funds going to those schools and they're not held to the same reporting standards as district-run schools. And I think that does factor in to a lot of the problems we're having. When the district gets an increase in funding from the state, some of it goes to charter schools, but we're not sure how much and how it's spent. That adds clouds to the discussion."

More recently, Colorado Working Families Party director Carlos Valverde, whose organization helped elect three new members to the Denver City Council, revealed that CWFP's future plans included advocacy in assorted school board elections, "which is another place where we have this kind of epic battle between the haves and the have-nots. It cuts across blue lines here, because a lot of education reformers are quietly trying to privatize public education through the use of public dollars for charter schools."

Of course, these caveats don't address the question of quality. There are certainly bad charters as well as good ones, as we've reported. But (disclosure) I regularly volunteer at a pair of local charter elementary schools in the Denver area where my two daughters teach, including one that's part of the Strive Prep system, whose Smart Academy also earned top-ten recognition from U.S. News.

With that as background, here are the ten best Colorado high schools according to the publication, accompanied by public, charter or option designations.