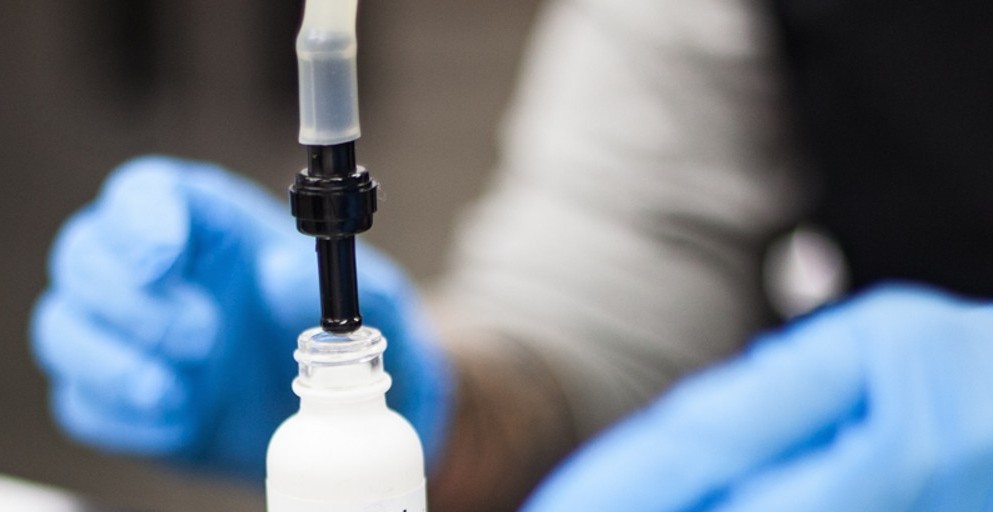 Jacqueline Collins
CBD oil can be extracted in large quantities from industrial hemp plants.
Grocery giant Kroger recently revealed plans to sell CBD products in 945 stores throughout seventeen states, and many of those products will come from Colorado. For starters, Veritas Farms, which operates a 140-acre hemp farm in Pueblo, will supply Kroger grocery and convenience stores throughout the country with CBD salves, moisturizing lotion and lip balm.

“Kroger is a recognized retail leader, and we are excited to partner with them on this product launch,” Veritas Farms CEO Alexander Salgado says in a statement announcing the deal. “Their commitment further signals the growing importance of this significant new category for consumers and retailers."

None of the chains will carry CBD-infused food, drinks or vaporizer products, however; those types of hemp and CBD products are currently banned by the federal Food and Drug Administration while it figures out how to regulate hemp and CBD consumables. Despite federal legalization of hemp, not every state allows the sale of hemp-CBD products, either, as state governments must opt in to hemp legalization language, and not all of them have done so. States that have explicitly legalized hemp or recreational marijuana, such as Colorado, Oregon and Washington, allow state-legal CBD companies to sell infused food, drinks and other consumables within state borders.

“Like many retailers, we are starting to offer our customers a highly curated selection of topical products like lotions, balms, oils and creams that are infused with hemp-derived CBD,” Kroger communications and media relations director Kristal Howard said in a statement last week. “CBD is a naturally occurring and non-intoxicating compound that has promising benefits and is permitted within federal and state regulations."

Thanks to Colorado voters legalizing recreational marijuana in 2012 and subsequent state legislation that protects and defines industrial hemp, Colorado hemp and CBD businesses have been able to create a relatively large national footprint compared to their peers in other states. Louisville-based Bluebird Botanicals supplied Carl's Jr. with CBD oil for a CBD-infused sauce promotion on April 20, while Broomfield-based Elixinol made headlines for Times Square advertisements in New York on New Year's Eve.