Meet the Man Behind the Sound of Denver Radio 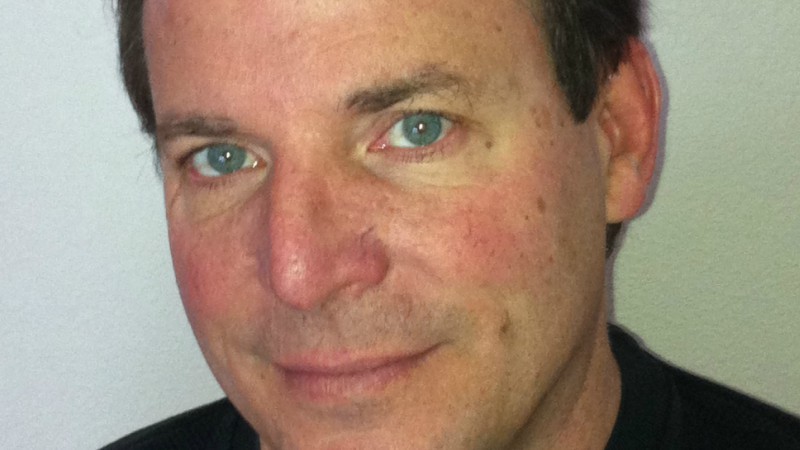 The founder and CEO of Denver-based Paragon Media Strategies has been involved in the delivery of ten local radio stations over the past three decades-plus, including some of the market's most iconic signals. So when it's suggested that Henry's played as big a role as anyone in determining the radio sound of the Mile High City, he definitely doesn't play the false-modesty card.

"I think that's accurate," he allows, "and it's because I live here. I work all around the country and, in some cases, the world, and it's not uncommon that I might have launched or worked with multiple radio stations in other markets. But Denver definitely takes the cake in terms of the numbers, because living here makes it easier to know the broadcasters and help them when the time comes."

Most recently, Henry has consulted on a trio of local public-radio stations that take different angles on the au courant term "music discovery": Indie 102.3, The Drop and The Colorado Sound. But he also conducted launch research for hip-hop and R&B purveyor KS 104, now KS 107.5; handled the same task for oldies specialist KOOL 105; served as an architect of sports radio's The Fan, currently dominating at 104.3 FM; and helped create the Jack FM format in Vancouver that made its American debut in Denver (the concept vanished locally in 2009, but continues to air on dozens of outlets across the country).

And that's not to mention Henry's work on 96.5 The Peak, a pioneer of modern AC (adult contemporary), progressive news-talker KNRC-AM, and WeedStream, a local online marijuana music channel that debuted in 2014 and remains in operation.

The wide range of broadcasting genres Henry has nurtured reflects his roots in college radio. The 58-year-old Panama City, Florida, native eventually wound up in northern Georgia and attended the state's namesake university in Athens during the 1979-1983 stretch when the community birthed a slew of iconic bands, including R.E.M., the B-52's, Pylon and Love Tractor. WUOG, the campus radio signal, which had previously boasted a jazzy free-form style, briefly shut down during this period, only to re-emerge in 1981 as a champion of local groups, with Henry, then nineteen, serving as general manager.

A newspaper clipping from Mike Henry's college-radio days.
Courtesy of Mike Henry
"We played R.E.M. for a year off reel-to-reel before they had a single out," he recalls, adding that among the prized possessions from his WUOG stint is a soundboard cassette from the combo's first-ever venue gig. The set was split between fleshed-out original versions of future classics such as "Radio Free Europe" and a slew of covers, many of them from the catalogue of, believe it or not, Buddy Holly.

Upon his graduation from the University of Georgia, Henry landed radio sales jobs in Savannah and Atlanta, but he admits that "I was pretty unhappy. I wanted to be in radio, but I was always hanging with the programming folks." He subsequently made a move in that direction by joining Surrey Research, which specialized in collecting data for entrepreneurs interested in starting up a radio station or altering ones that were underperforming. "The company owned radio stations around the country and they'd started a radio-research division," he explains. "They hired me to come out here in 1986 to market research to broadcasters, and because I wanted to live in the mountains of Colorado, I didn't think too much about how the company had lost $2.5 million in the last couple of years."

By the time this deficit was erased, Henry had founded Paragon, which blended research with consulting for very practical reasons. "A lot of these stations didn't know what research was," he reveals, "and after you'd give it to them, they'd say, 'What do I do with it?' I happened to be very good at interpreting research and giving radio stations plans and ideas and concepts and brands and whatnot."

The Telecommunications Act of 1996, which led to an unprecedented wave of corporate radio consolidation, changed the equation for Paragon. "I went from 80 percent research and 20 percent consulting to 20 percent research and 80 percent consulting," Henry calculates. "Instead of wanting me to spend the money to find out what the audience thought, they just wanted me to tell them what to do. And fortunately, I've become known for creating new formats. I've been part of creating probably fifteen new formats that have spread across America since I started, from alternative to Triple A to the first hip-hop station outside major markets like New York and L.A. and Chicago."

About the latter, Henry points out that "during the early years, broadcasters thought hip-hop could only work in places with a heavy African-American population. But I convinced Paul Allen" — yes, one of the main figures behind Microsoft — "to launch JAM'N in Portland in 1996. At the time, Portland had only a 1.6 percent African-American population, but he wanted to do it because he owned the Portland Trail Blazers and he thought the team would love it. The station went from 25th in the market to number one in the first month, and the format started to appear in markets around the country where there wasn't a big ethnic population — because everyone figured out white kids love that stuff, too."

In addition to his work in the commercial-radio realm, Henry has ventured into the world of nonprofits. "In the late 1990s, I started working at NPR. I was the consultant when we created the NPR news brand and adjusted the clocks [i.e., the hour-by-hour schedule] of Morning Edition and All Things Considered to be more appealing. They had six million listeners at the time and wanted eight. Within two years, we had thirty million."

He also consulted for numerous public-radio stations with a strong music component — prominently KCRW in Los Angeles, "and now we have three in Denver that are all in different positions, serving different audiences. We launched the Colorado Sound for older individuals. It's kind of an older-hippie rock station for 35- to 64-year-olds. The Drop is a young, ethnic-targeted station targeting 18- to 34-year-olds. And for Indie 102.3, Colorado Public Radio wants 18- to 44-year-olds, with a narrow target of 25 to 34 — and since the Colorado Sound's narrow target is 40 to 49, there isn't an overlap. In fact, they're actually going to enhance one another. That's one of the strengths of the public-radio landscape in Denver, which is, frankly, the only market in the country that has this. Denver is a cutting-edge, leading market as it relates to public-radio formats, and particularly public-radio music formats."

Mike Henry with Kate Pierson of the B-52's and his grandson, Ziggy.
Courtesy of Mike Henry
In many quarters, of course, radio is treated like a dying medium. But Henry rejects that thesis.

Public radio, meanwhile, "has been doing something for years, if not decades, that all these new media upstarts and Internet and digital streaming companies still have not been able to do: get enough people to pay for their content. Pandora hasn't been able to do that, and neither has Spotify or Soundcloud. But public radio has got an audience whose members are willing to dig into their own pockets. Fund drives can be ugly, and we're finding more off-air ways to do them. But public radio has figured out how to get audiences to support the organizations and pay for their very existence, and that's still elusive to the digital streaming companies. I find that fascinating, and I guarantee you, if those companies could trade places, they would."

For Henry, who met his wife, Susan, while doing college radio, Paragon is very much a family affair. One daughter, Michelle Conrad, runs Yooreka Social and serves as Paragon's social-media consultant, while another, Rachel Askelson, whose healing-arts business is called Radiant Moments, is a voice-over artist who's heard on all the imaging for Indie 102.3 — and the couple's son, Boone Henry, is Paragon's music director (and also works at Denver Zipline Tours). Their other son, Matt Beach, does forest management for Jefferson County Open Space.

Henry, meanwhile, is also the co-founder of VuHaus, "which aggregates artist performance video and interviews from stations onto one platform. Through VuHaus, I work closely with NPR Music and have co-created several new NPR Music features, including an emerging-artist feature called Slingshot, and curate the VuHaus/NPR Music/Slingshot stages at South by Southwest. Paragon also did the original content research for Sirius Satellite Radio, and I’ve been consulting the Jimi Hendrix estate for years and done some work in TV, including relaunching Country Music Television in 2001."

These days, though, his heart is with public radio, which he contrasts with the commercial kind, "where basically three big groups own probably three-quarters of all the stations in America. The way they please their stockholders and their board of directors as a public company is to cut costs, which means syndicated programming and dumbing everything down, so that they have a station with the same name in every market. But that's not what I do, and it's not what my clients do. They're the major breweries and we're the micro-breweries. They have one taste in every bottle in every city across the country. We have a unique label for every beer and a different taste for every one in every city across the country."