YouTube
An unwelcome guest or a tapas plate waiting to happen?
Call it park-to-table dining: Denver’s latest response to the increasing population of Canada geese in city parks is at once novel and caveman-esque.

Late last month, Denver residents learned that the Denver Department of Parks and Recreation would be culling geese from parks and donating the meat to families in need. This set off a lively Internet debate between those who view the plan as animal cruelty and those who see geese as a pooping, honking menace.

Regardless of one's stance on this particular idea, few deny that the growth in goose population poses problems. The summer sees about 5,000 geese in the city, with 44,000 nesting pairs between Denver and Colorado Springs — a corridor along the birds’ regular migratory pattern, something to which many commuters can relate.

Geese are not the only varmints troubling the metro area, however. Should the city decide to expand this policy, the following species could go from “delicious nuisance” to “the next food trend.”

Northern Pike
The Northern Pike is one of the great foes of Colorado anglers. This invasive species was introduced to the state’s waters in the 1950s and has drastically reduced the population of native fish since then. The fish is known for destroying fishing lines with its sharp teeth and violent temperament. However, if state wildlife officials want to open a new local seafood spot, they could do worse. Once you get past what seems like an alarming amount of bones, the flesh is flaky and flavorful. It can be fried, poached or baked, or otherwise used however you would another white-fleshed fish. Raw preparations are harder to find, though: When reached for comment, one local sushi chef asked, “How did you get my number?”

[image-3]Mouse
The trend toward small plates may have ebbed, but once it comes back around, the city could turn its attention to the smallest plate of all: the common mouse. Mice are routinely consumed in other parts of the world, though they are usually fed on natural whole grains rather than poorly stored tortillas. Denver’s mice may not have the organic diet of their country cousins, but nothing beats the convenience of having dinner running around the baseboards of your Cap Hill studio. To lure mice, simply leave scattered handfuls of grain on your floor. It’s like Doordash, but the door is very tiny. 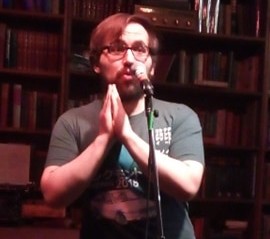 Open-mic comedy ruins more nights out than seeing a mouse in a restaurant.
Jen Kolic
Emerald Ash Borer
Insects have gained favor in recent years as a sustainable and affordable source of protein. Crickets and grasshoppers are among the most popular bug-based treats among adventurous foodies and people trying to weird out their Crossfit group. If the city wants to do more than slap a sticker on ash trees, they could dry-roast the emerald ash borer with a little salt and vinegar. The result is crunchy and salty, but with a tang that comes from malt vinegar and possibly a hint of poison. They may not be fit for human consumption, but neither are most potato chips. This ingredient has the added benefit of preserving the city's ash trees, which are threatened by the spread of the borer. Do your part by showing up to the gym with a baggie of high-protein, low-carb snacks.

[image-4] Open-Mic Comedians
One compelling reason for culling an animal population is that they face too much competition to survive in their habitat. With Denver's robust comedy scene drawing more and more amateur jokeslingers to the city, it seems the humane thing for the city to step in. There are even breeding pairs of standup comics, which worry observers. There are flaws in this plan, however. First and foremost, cannibalism is frowned upon. Second, the diet of the average comic is not much better than that of a park-dwelling goose.

Should the city decide to expand its culling plan beyond geese, be on the lookout for these treats on brunch menus and food sites.