Karl Christian Krumpholz
Cass Clayton: “The show at the Speakeasy was one of those high-energy nights with everyone dancing, and the band was having a blast. All night, there was a big, tall guy who would come up front and dance in a circle, yelling, ‘Yahhhhh! Sing that shit, gurrrrrl.’ He seemed pretty elated, but also, shall we say, unstable. By the third set, he was dancing wildly and grabbing his junk — not for show, but as if that’s just what you do when you dance. The guys and I were giving each other that look, like, ‘I hope he doesn’t cross the line and jump on stage.’ 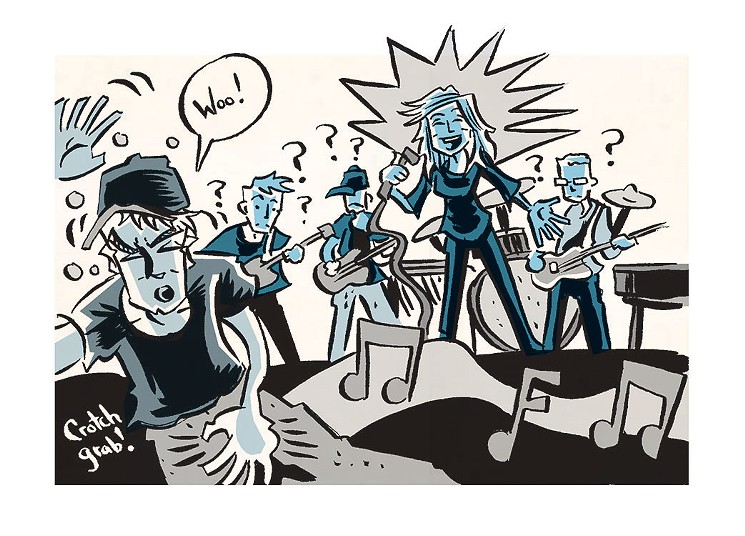 Karl Christian Krumpholz
“We got another exuberant ‘You sing that shit!’ before he put his hand up to high-five each of us. I could tell he was putting his whole body into it with Loren Phillips, our bass player. I’m not very big, and I looked into the guy’s eyes to see if he was paying attention, but there was no sign that he saw me as anything other than a target for his baseball-mitt-sized hands. I braced myself and put my hand up, and he slapped it so hard I thought I was going to fly across the room. Of course, to reach our drummer, Steve Saviano, he had to jump on stage. We knew this was coming, so the guys rushed in and ‘helped’ him off. The only one who was spared was John Stilwagen on keys. Thankfully, his fingers weren’t traumatized.” 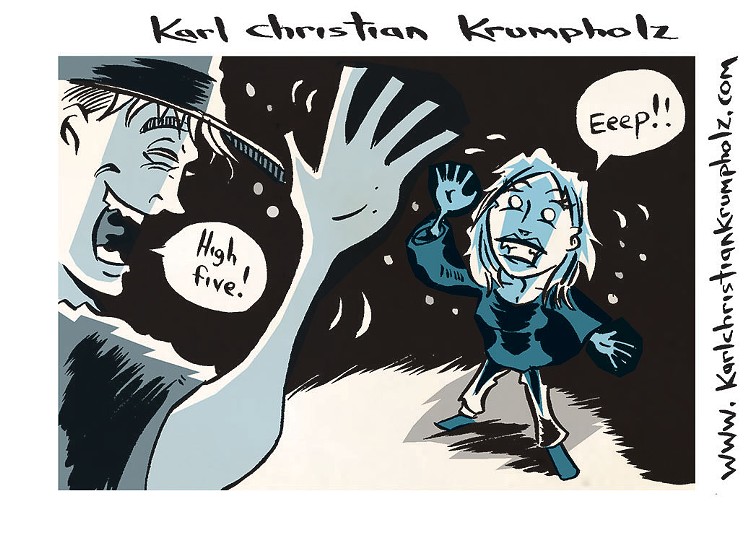 Karl Christian Krumpholz
The Cass Clayton Band’s Play Nice will be out July 19. The group plays Stargazers Theatre on July 20, Dazzle on July 21, Lincoln’s Roadhouse on July 27, and the Dickens Opera House on July 28.