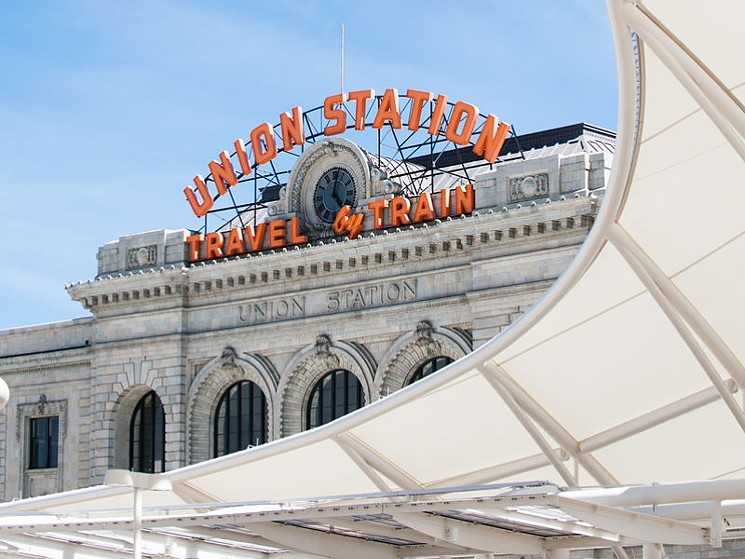 After all, the area is unrecognizable from what it looked like a decade ago, when it was a dusty rail yard with just a few warehouses and a lot of tumbleweeds. Today, every available square inch sports new construction. A nickname would not only capture this new neighborhood, but it would end confusion for people who head into Union Station to find a restaurant that is really in LoDo, or over on Platte Street.

We asked Dick Kreck, the author and former Denver Post columnist who coined the nickname "LoDo" for lower downtown back in the early ’80s, and he came up with "ReDo," a reference to how completely redone this area at the edge of downtown is.

Readers stepped up with their own suggestions, many of which we shared last Sunday, and then offered still more. Says Hector:

Having lived here all my life (native) I believe the name should represent the history. That area has always been known for the Chicago-Denver-California Zephyr. As such, the area should be known as the Zephyr Neighborhood or "Down in the Zephyr" or Denver Zephyr.

The area should be named "The Commons." This is because it is a common hub for all areas in and around Denver, with grocery stores and restaurants and bars, and Commons Park is already named and right next to the South Platte between 15th and 20th. It's a no-brainer!

And Melinda Truskowski, who worked on the redevelopment, concludes:

I think we should call the area Graceland, since it was Larry Grace’s vision that guided the development.


Make that "the redo" of the area behind the station.

Some people mistakenly believe LoDo includes Union Station, but when the Lower Downtown Historic District was established in March 1988, it ended at Wynkoop Street at one side, and in the alley between Larimer and Market streets on the opposite side. The banks of Cherry Creek marked its bottom border, and 20th Street the top.

By then, the area had already been tagged with the unofficial nickname of LoDo. The idea came when Kreck's ex-wife, who was going to school in New York City, started talking about the nicknames in that town. “Wouldn’t it be cool if we got something like that in Denver?” she asked. “How about ‘area below Wazee?’”

“I said, ‘No, that doesn’t work,’” Kreck remembers. “So then I got to thinking about lower downtown, and I shortened it to ‘LoDo’ and put it in a column in September of 1983. I didn’t think I was a great genius for thinking of it, but now I wish I had patented it.”

Should he patent ReDo? Or do you have a better name for the area behind Union Station? We're still accepting suggestions; post one in a comment or email [email protected]