Even in her previous career, the one-time scientist just couldn't stay away from the kitchen. Not content to turn out plain-Jane cakes and cookies, she enrolled in cake-decorating courses online and at Jo-Ann craft stores, eventually competing in Colorado's annual sugar art contest, Sweet Times in the Rockies. And she took on perhaps the most important job at her office: making all the birthday cakes for her co-workers. "I thought, 'This is way more fun,'" remembers Russo. "I saw how [my cakes] brought smiles to the faces of people around me." 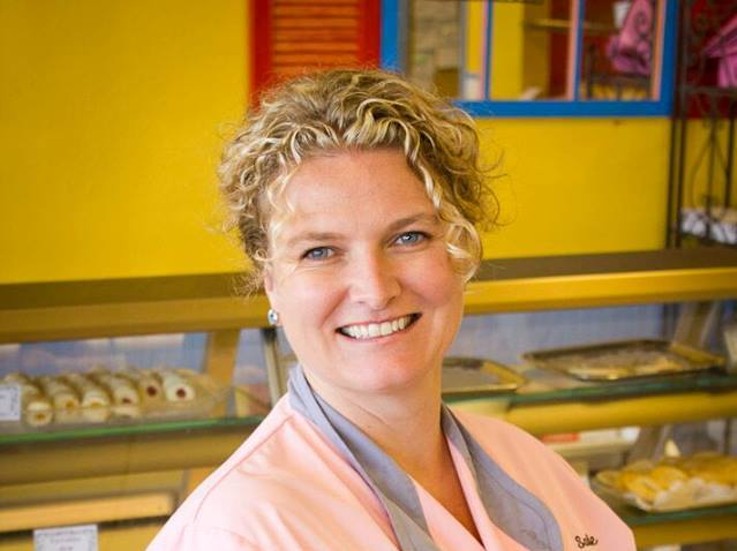 Sadie Russo's sweet tooth is on display at her newest all-day eatery.
La Patisserie Francaise Facebook
Eventually, the avid home baker decided she wanted to turn her passion into a career and started searching for a bakery space. As she was browsing Craigslist, she came across the listing for La Patisserie Francaise, at 7885 Wadsworth Boulevard. Russo and her husband, Randy, bought the outfit with no commercial baking or restaurant experience, and hired back the original owner to train them in making the recipes he'd developed over decades.

The same kind of serendipity followed Russo when she was looking for a site for her second venture, BonBons Cafe and Dessert Bar. Originally, she'd hoped to open a spot near the couple's home in Westminster, but when that didn't pan out, she relegated the idea of another concept to the back burner. Then came a stint on the Modern Eater radio show and a meeting with the folks at Bruz Beers. The next time Sadie and Randy stopped in for a pint at the brewery, at the intersection of West 67th Avenue and Pecos Street in Denver's newish Midtown development, a bartender mentioned the vacant turnkey location next door that came complete with all the equipment Russo would need to run a small cafe — and suddenly BonBons had a home. 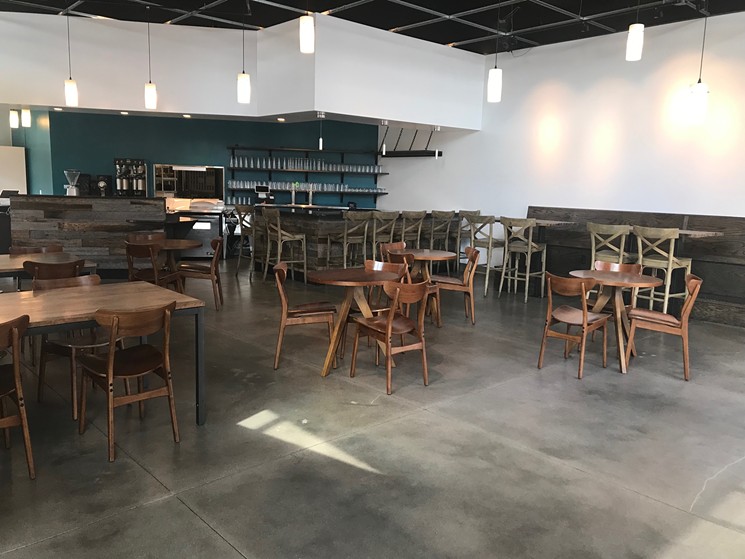 Luckily, Russo didn't have to do any work on the BonBons space.
BonBons Cafe and Dessert Bar
Russo's love for decadent desserts leads her to always order something sweet at the end of a meal, but "dessert at regular restaurants feels ordinary, because their focus is on savory dishes," she says. Hoping to make her new cafe the last stop in the evening for a nightcap and sweet bite before heading home, BonBons will offer a full bar, goodies from La Patisserie Francaise and original desserts. The shop's signature dessert will be the Super Bonbon, a strawberry mousse dome filled with chopped strawberries and perched on top of a brownie. 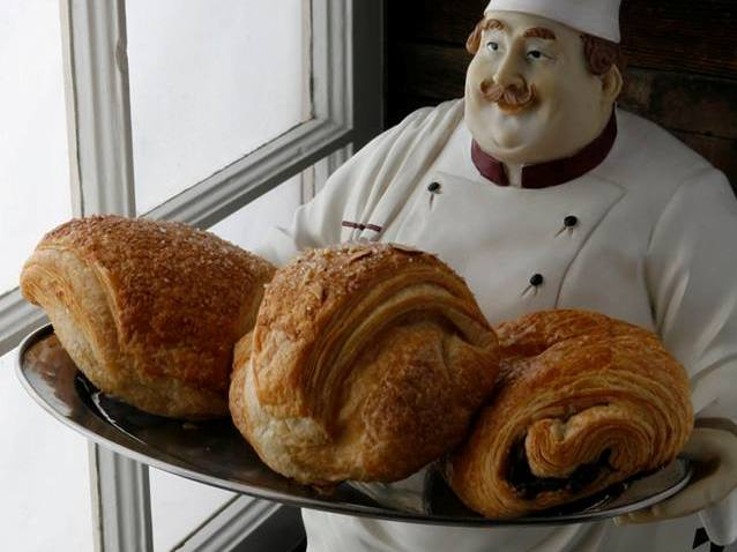 These flaky, laminated croissants come in sweet and savory varieties.
La Patisserie Francaise Facebook
In addition to sweet stuff, BonBons will also serve savory small plates: croissants stuffed with ham and Swiss or spinach and feta, steel-cut oats, crepes and egg sandwiches. Russo's excited about expanding the range of food coming out of the kitchen and says that she's looking forward to designing a menu where every dish complements the others. Randy (who works full time in IT) will also be involved in savory recipe development; the baker credits her husband with making sure that their dinners haven't consisted of just dessert for the last twenty years. "I'll cook dinner as long as all I have to do is throw it in the oven," she says.

And while Russo originally conceived of BonBons as an evening spot, she says neighborhood demand led to the decision to open its doors bright and early, at 6:30 a.m. on weekdays. There's not another coffee shop within five miles, she notes, and she wants to be able to showcase the croissants, cinnamon rolls and breakfast pastries that the Arvada location makes. BonBons won't close up shop until 10 p.m., but Russo knows that people expect a bakery to open for breakfast, too. "Hey, I'm a baker," she says, and laughs. "Early is what I do."