Reader: I'd Hide Like Cory Gardner If Crazy Leftists Harassed Me Daily 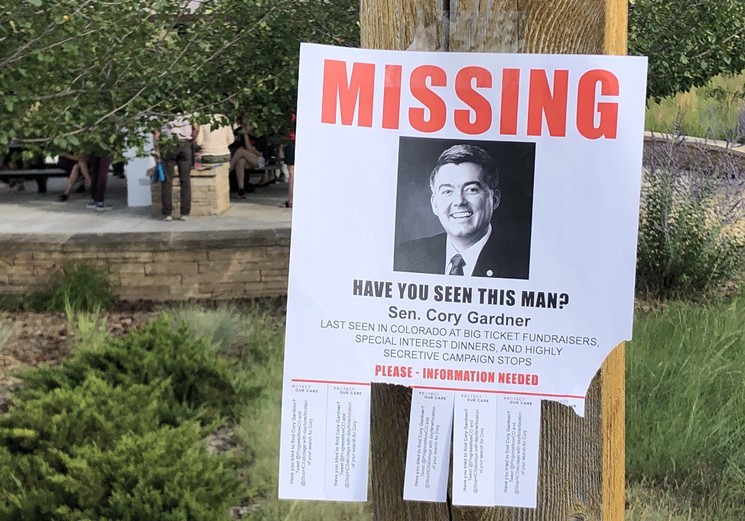 Chase Woodruff
Even though Cory Gardner has launched his 2020 re-election campaign in earnest, it hasn’t been easy to find an opportunity to speak to him. The Republican senator has mostly avoided public gatherings, save for a few events that his team organizes without much warning.

So left-leaning activists are now taking a "Cardboard Cory" cutout of the senator on the road, to call attention to his lack of public interactions.

Here's some of the attention they've gotten from readers:


Prove to me those people are really constituents and not paid troublemakers.


I would be hiding, too, if I was being stalked and harassed by a bunch of crazy leftist SJWs on the daily.


He's a coward. If he had real answers for the people who have tried for years for a face-to-face with him, he wouldn't dodge them. It's obvious he doesn't represent the people of Colorado; he only represents the special interests who contribute to him, Big Oil, the NRA, etc., and those with money whose greed is their sole interest. In short, only those who want only to use our state for their own profit and agendas, rather than for the good of the people who live here, work here (and sometimes die here in mass shootings), for those who truly give a damn about their fellow citizens.


Cory needs a new career. Obviously, politics is not for him. Hiding from his constituents, bending to the President's every whim. Poor guy is just out of his element. He probably would make a very good burger flipper. Does anyone know if any local McDonald's are hiring?


“He holds his town halls in secrecy,” says Mateo Lozano, a regional organizer with the Colorado Immigrant Rights Coalition, one of the groups behind Cardboard Cory. “He only does it by word of mouth, with people that he’s interested in meeting with.”

Gardner’s lack of public appearances and constituent outreach has been a constant source of frustration for activists over the past few years. The Yuma Republican, who faces an uphill battle for re-election in a state that’s trending blue, hasn’t held a public town hall since August 2017.

As the real Gardner shifts into campaign mode, the cardboard version is following suit. Sponsored by a coalition of liberal groups including CIRC, Indivisible and ProgressNow Colorado, the Cardboard Cory Bus Tour will make nearly a dozen stops across the state this week, rallying the opposition ahead of a 2020 Senate election that’s likely to be one of the most closely watched in the country.

Is Gardner out of touch with voters? Let us know in a comment or at [email protected]