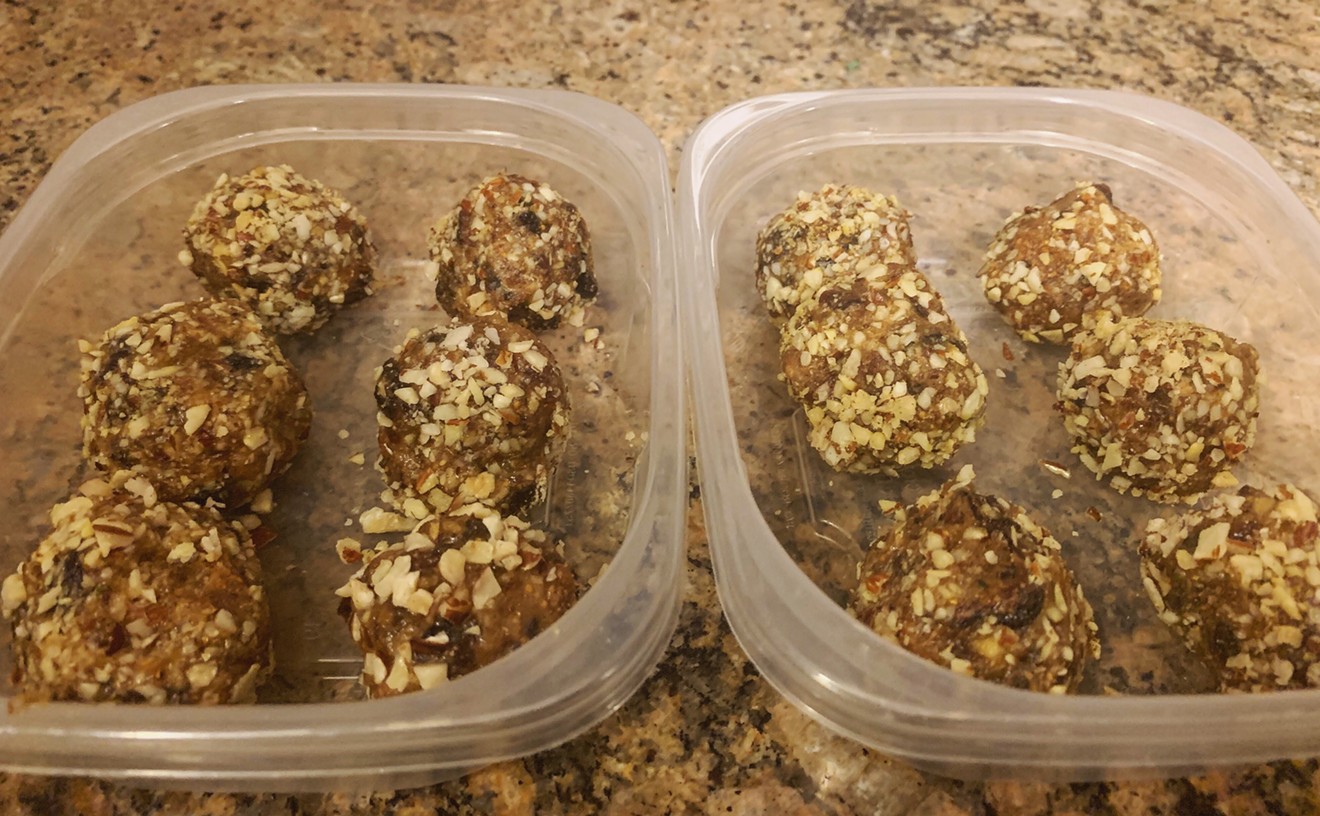 Herbert Fuego
Majoun balls have the same base of figs, dates and spices, but the recipe can be tweaked to your preferences.
Humans have been eating cannabis for well over a millennium, but society's love for edibles has seriously ramped up over the past decade, as legal pot has become more mainstream. Today you can snack on much more than weed brownies in Colorado, with dispensaries offering candy bars, gummies, coffee and plenty of other food and drink options.

But the grandaddy of all cannabis edibles doesn't get the same love. Majoun, the Persian creation containing dates, nuts, spices and hash, has been enjoyed in the Eastern hemisphere for centuries, and gained international notoriety in the ’50s, when Alice B. Toklas accidentally published the recipe in her legendary cookbook. Good luck finding it at local dispensaries, though: I've yet to walk into  a pot shop with majoun on the menu.

So we decided to make our own.

The majoun recipe, which later become bastardized into the weed brownies we know today, is easy, inexpensive and delicious — and also has some pretty rich roots when you dive into Persian history. We re-created the recipe for about $40 at home (and it's much cheaper once you stock up on the right spices). Herbert Fuego
Majoun (with thanks to Alice B. Toklas)
makes fourteen balls; around 80 milligrams of THC per serving

Ingredients
One stick of butter
Twelve pitted dates
Twelve figs (stems cut off)
2 grams of hash
10 ounces of chopped nuts (your choice, but make sure almonds are in the mix)
1/2 cup of honey
3 tablespoons of flour
1 teaspoon of salt
1 ounce of powdered spice mixture (a combination of ground black pepper, cardamom, cinnamon, turmeric, coriander or cloves, mixed to your taste)

Directions
In an oven or on a stovetop, combine your hash and butter (regular cannabutter will also work, but the majoun will taste much more like weed) and cook at around 250 degrees or medium heat for about twenty minutes, stirring occasionally. 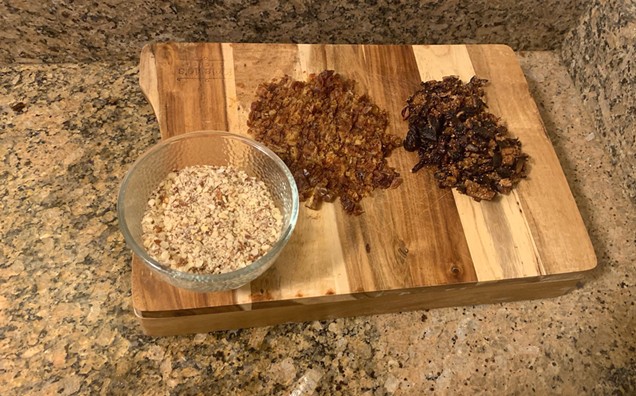 Herbert Fuego
Dice the figs and dates. If you have a food processor, use it to grind the nuts — but a sharp blade and some elbow grease will work, too. Set aside 1/3 of ground nut mix for later. 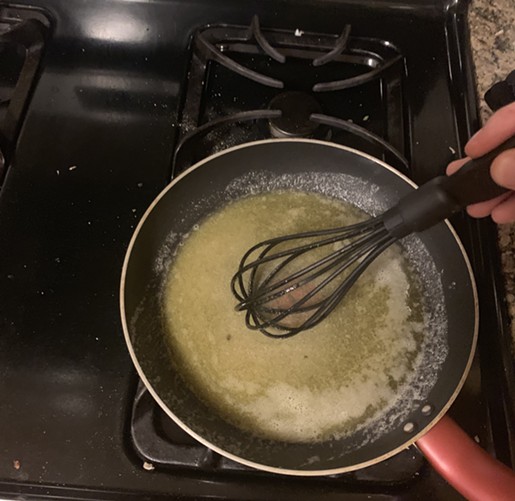 Herbert Fuego
Remove the hash butter and pour it in a medium saucepan over low heat, then add the flour. Whisk the mixture while it simmers for about five minutes. Remove when the butter is slightly browned, and add salt.

Herbert Fuego
Combine the fruit, nuts, honey, butter and spices in a large bowl. Knead the ingredients with your hands until they're well-mixed. Add more flour, fruit and/or spices if it feels too soupy, but continue taste-testing to make sure the majoun doesn't get too zesty.

Refrigerate for twenty to thirty minutes. Herbert Fuego
Remove the mixture from the fridge, and roll it into balls: fourteen single-serving portions. Rub the majoun balls in the remaining nut mix. Keep the majoun in the fridge for a couple of weeks, or freeze it for a rainy day.