Reader: Diana DeGette Is Your Representative, Not Your Mother 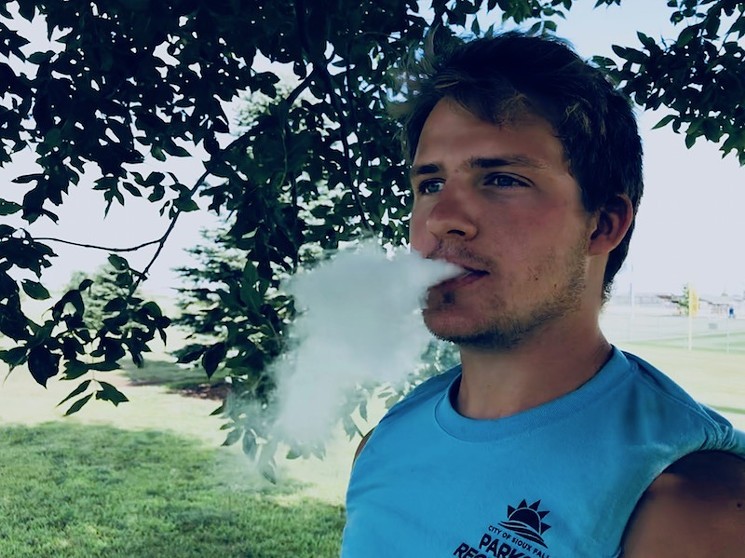 Ben Moran
The Centers for Disease Control and Prevention is currently investigating over 200 illnesses that it suspects are tied to vaping. Last week the Illinois Department of Public Health confirmed the first death linked to vaping; in Colorado, there have been two confirmed cases of vaping-related illness, both involving young adults in metro Denver.

As the number of suspected vaping-related illnesses has grown across the country, Congresswoman Diana DeGette is leading a push to curb teen electronic cigarette use, and held a press conference at a branch of Children's Hospital Colorado on August 29 to discuss her campaign to not only raise the age for buying vaping equipment, but also ban the sale of flavored vape juices.

Colorado holds the dubious title of being ground zero for teen vaping: A study by the CDC showed that the state had a 25 percent teen vaping rate, about twice the national average. But readers have their doubts that DeGette's efforts will change that. Says Sarah:

Raising the legal age to 21 will not deter underage vaping.

The flavored vapes helped me quit nicotine. This anti-vape propaganda is just a thinly veiled attempt by big tobacco to get people to switch back to cigarettes.

Diana DeGette doesn’t understand her job. She is your representative, NOT your mother. She lost my vote permanently a few years ago when her response to my letter to her was “thank you for sharing your opinion." Now let me take a moment to share mine: You don’t have an opinion! Your opinion is the will of the majority of the people!

I guess she's too stupid to realize that the internet will send you whatever flavor of whatever you want whenever you want it. Somebody needs to get with the times.

Do the same for pot, it's just as dangerous.

But cotton candy-flavored vodka is cool, though? Oh, cool.

Adults like sweet things, too. This is so ignorant. We all know vaping isn't "healthy," but we gotta stop telling people what the fuck they can do with their own bodies.

At the August 29 press conference, DeGette said she hopes to help curb teen vaping through legislation.This spring, she introduced two bills designed to do just that. Her Tobacco to 21 Act would raise the national purchasing age to 21 for all tobacco products, including electronic cigarettes and the nicotine juices associated with them. In Colorado, the minimum age for purchasing tobacco products is 18.

That bill has bipartisan support in the House. In May, Senate Majority Leader Mitch McConnell introduced a partner bill, a sign that the push to raise the tobacco product purchasing age has potential to make it through the full Congress.

DeGette's other bill, the SAFE Kids Act, seeks to ban the sale of all flavored vape juices, unless juice manufacturers can prove to the feds that its products help with smoking cessation, won't harm vapers and don't increase the likelihood of youth use of nicotine or tobacco products.

"I’m empathetic to someone who is an adult who says, 'I like these flavors,' but I think the health-care risks to teenagers and middle-schoolers and high-schoolers far outweighs any benefit of having cotton candy-flavored vaping products," DeGette said.