Great Divide Brewing
Great Divide Brewing, foreground, is selling the vacant 2.4 acres next door.
The River North Art District is known for its colorful murals, but the writing on the wall at Great Divide Brewing has been in black and white for a while now. The company, founded in 1994, is no longer planning to build a huge new brewery on five acres of land it bought along Brighton Boulevard in 2013.

In fact, the brewery is under contract to sell 2.4 acres to the Denver-based McWhinney development firm, according to a rezoning request filed by the two companies. Great Divide will keep the rest of the land, where it currently operates a 70,000-square-foot packaging warehouse and the popular Barrel Bar taproom.

If the rezoning is approved by Denver City Council and the sale closes as planned, Great Divide will retain about 10,000 square feet of land for possible future expansion. 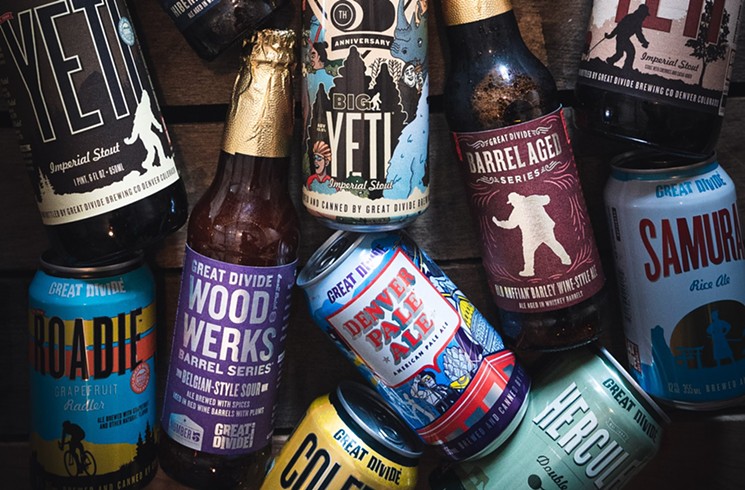 Great Divide has changed its lineup to stay relevant.
Great Divide Brewing
“It’s a reality that in the beer industry, you have to adapt constantly,” says Great Divide founder and owner Brian Dunn. “If we make a plan and then see that a different plan makes better sense, we have to change it. Because of that, you try not to get too emotionally connected to plans.”

But Dunn was a little emotional back in 2014 when Great Divide broke ground at 3403 Brighton Boulevard on what was supposed to be a $38 million, five-acre campus showcasing the Denver mainstay.

Phase one, completed in 2016, includes the existing building where Great Divide packages its beer (which is still brewed at the company’s original location on Arapahoe Street and trucked over). Phase two would have added fermenters and a brewhouse capable of producing 100,000 barrels of beer to start — and 250,000 eventually — along with a second taproom and restaurant with a beer garden facing the river and the mountains. 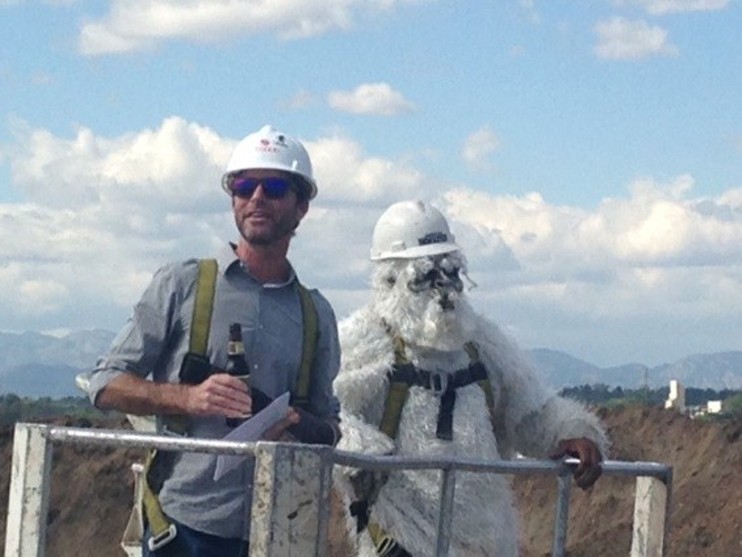 Brian Dunn and the company's Yeti mascot at the groundbreaking in 2015.
Jonathan Shikes
But the craft-beer industry, which had been growing by double-digit numbers for five years, hit a wall in 2015, and many mid-sized breweries experienced significant sales declines, some of which resulted in layoffs, canceled plans and sales to larger companies. Great Divide was one of the breweries hit the hardest, and it suffered significant sales declines in 2015 and 2016 before stabilizing and revamping its beer lineup.

Two other longtime Colorado craft breweries, Breckenridge Brewery and Avery Brewing, had also just completed expensive new campuses at that time. Both eventually sold — Breckenridge to Anheuser-Busch InBev in 2015, and Avery to Mahou San Miguel in 2018. 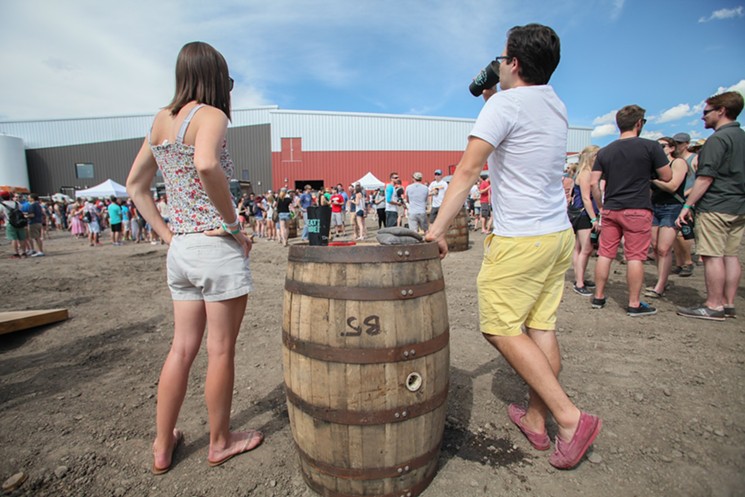 Great Divide used its space for anniversary parties.
Westword
Great Divide’s decision to buy land in RiNo, along with its phased approach, may have helped the brewery avoid that fate, however, at least for now. The brewery bought its five acres (which included a junk yard) from three different landowners in 2013 for around $9 million, or roughly $1.8 million per acre. These days, land in the neighborhood is going for much more: A recent land sale in RiNo scored the owner about $6.6 million per acre. (In the interim, the brewery has used the space for festivals and rented it out for parking.)

Dunn didn’t disclose the terms of Great Divide’s planned sale to McWhinney, but says all of the proceeds will be used to pay off debt and to invest in sales and marketing. He also says the brewery could still build a restaurant on the site, something that was part of the original plan. “We have a lot of different options, and we don’t know which one we will take right now. Their remain some options for a restaurant."

McWhinney, which is also responsible for the Dairy Block development downtown, hopes to build a mixed-use project on the site, adjacent to Great Divide, according to BusinessDen, which first reported the pending sale.