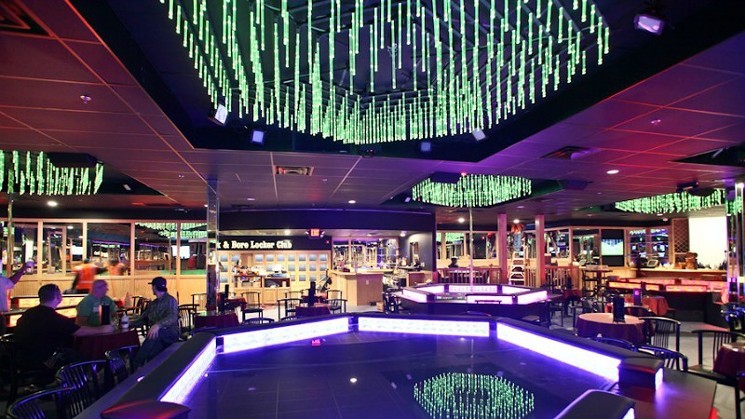 Brandon Marshall
A photo from our November 2013 slideshow "The New Shotgun Willie's Opens Up."
Shotgun Willie's show club in Glendale has been warned about an impending lawsuit over a customer death from a possible chokehold. But a class-action suit filed two years ago on behalf of ex-dancers who claimed the business regularly ripped them off is now over, though the details are being kept under wraps.

At this writing, attorneys for Shotgun Willie's haven't responded to Westword's inquiries about the latter complaint. As for lawyer Mari Newman of Denver-based Killmer, Lane & Newman, LLP, she says only that "the case has been resolved."

These five words are code for a confidential settlement, meaning that the two parties have reached an agreement that almost always involves a payout from the defendant contingent on all sides keeping quiet about the specifics.

Newman was able to speak much more freely in May 2017, when she laid out the basics of what she characterized at the time as an illegal system used by Shotgun Willie's that charged entertainers to perform and forced them to help cover other employees' earnings out of tips they received.

Shotgun Willie's "exploited the dancers in a variety of different ways," Newman told us regarding the suit, originally filed on behalf of four former employees: Chada Mantooth, Gale Raffaele, Alexis Nagle and Nicole Bujok. "The dancers had to pay to be allowed to work, they had to pay for the dances they did, and they had to share their tips with other workers. So even as they were not being paid, they were required to pay some of the tips they received from customers to other employees." 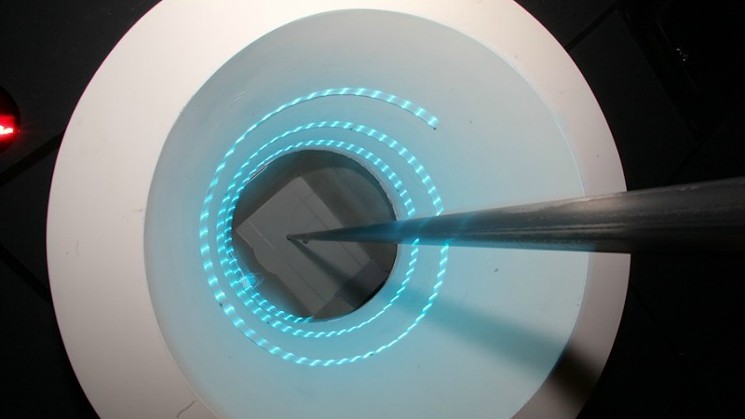 The suit alleges that dancers had to pay $5 for every personal/private dance provided to customers.
Brandon Marshall
The portion of the lawsuit devoted to "Factual Allegations" maintained that dancers were asked "to pay before being allowed to work depending on the time their shifts began," with so-called house fees topping out at $100; the highest fees were charged for the more profitable night shifts. In lieu of salary, the dancers received only "a portion of the gratuities or 'tips' that they were given by customers." The rest was given to bouncers, DJs, the door person, dance counters and valets.

In addition, the suit contended, dancers had to pay $5 for every personal/private dance provided to customers and another de facto fee whenever they danced in the "champagne" or "VIP" rooms; they were charged $25 for every hour they weren't on the stage dance rotation. As for those champagne and VIP room dances, Shotgun Willie's "required them to charge $25 per song played and to then pay $5 of that money to defendants," the complaint stated.

Dancers were also fined for not dancing on stage during their shifts. If they were conducting a private dance when it was their turn on the main stage, they were charged $25.

Such alleged practices were common in Denver, Newman stressed. Two months before she sued Shotgun Willie's, she filed a similar complaint against five other exotic-dance venues in the Mile High City, including the Diamond Cabaret, that's still pending. And Newman previously revealed that a 2013 lawsuit against Fantasy Gentlemen's Club in Grand Junction was formally settled in January 2017, with a court determining that "the dancers were legally entitled to be classified as employees, not independent contractors, and were entitled to wages and all the benefits that come with being an employee."

Although no one's saying whether Shotgun Willie's agreed to similar changes to make the ex-dancers' lawsuit go away, a male employee of the club won't face possible arrest in the May death of Randall Wright; the 18th Judicial District DA's office declined to press criminal charges over the tragic incident. But an attorney for the family of the late executive for Kroger, the parent company of King Soopers, says a civil complaint against the staffer and the venue is in the works.