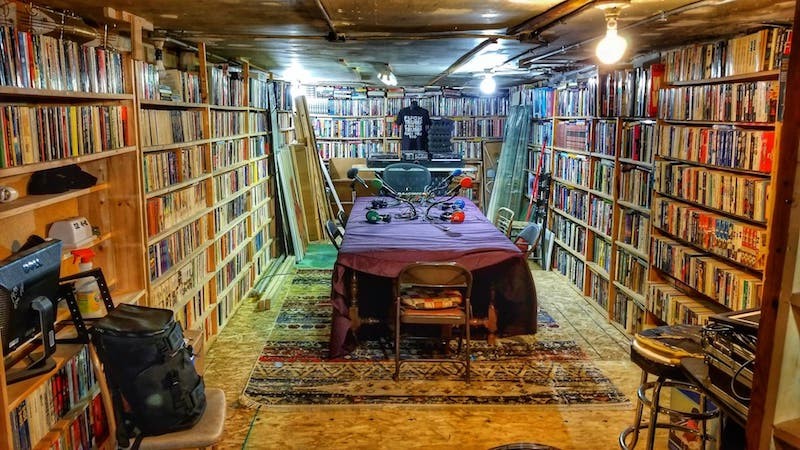 Located in the previously unused basement beneath Mutiny Information Cafe, the space is the result of an extensive joint remodeling effort mounted by owner-operator Jim Norris, business partners Matt Megyesi and Vincent Fasano, employees Cory Helie, Jake Becker and Carlos Madrid, and a gaggle of volunteers.

"To give you a sense of what the space is like, we're nicknaming the studios Davy Jones's Locker," Megyesi jokes.

The South Broadway corridor is crowded with some of Denver's most popular bars, restaurants, boutiques and art galleries, but few establishments foster the city's creative community more attentively than Mutiny Information Cafe. Occupying a corner building at 2 South Broadway, Mutiny attracts throngs of passersby with a one-stop shop for vinyl, comics, used books, coffee and snacks. But customers who linger on weekends or evenings might be surprised by the robust performing-arts schedule at the seemingly humble bookstore.

Live music, poetry readings, magic shows and standup comedy — including a weekly open mic — share the stage at the Best of Denver award-winning all-ages venue. And Mutiny's ties to the Queen City's arts scene will be even stronger with its latest endeavor, the Mutiny Transmissions podcast network.

"We’ve always been an information cafe," Helie insists. "What good would we be as a source of information if we didn’t try to help create some content in-house?"

Outgoing Mutiny Transmissions engineer Cory Helie and his baby boy, Rev.
Danielle Helie
Mother F**ker in a Cape, Queen City Companion and Mutiny Book Club are but a few of the ongoing podcasts united under the Mutiny Transmissions banner, but the staff is eager to expand programming following the launch of the new recording studio.

Megyesi has high hopes for the underground space, which he believes "will be a fantastic place to tell stories and pass along ideas and information to other people."

For Helie, the engineer largely responsible for willing the scruffily independent network into existence, opening the new space is especially poignant. It marks the final contribution he'll make to Mutiny Transmissions before moving back to Omaha to raise his son closer to family.

In spite of leaving his brainchild behind so he can take better care of his actual child, Helie remains focused on the long-term potential of the project.

"We look forward to being a chronicle for Denver history," he says.