Now, after being on the run for more than two weeks, Naulls has been busted in Houston, thanks in part to investigative work by the WPD's Safe Streets Fugitive Unit and the FBI Rocky Mountain Safe Streets Task Force.

The search for Naulls was sparked by a 911 call placed at 1:59 p.m. on January 31 in regard to DaHabrah, who had supposedly fallen and needed immediate medical attention. The latter was true, but not the former: Investigators quickly determined that her injuries were consistent with a physical beating and strangulation.

DaHabrah was transported to an area hospital in grave condition, and she passed away on February 3. Soon after, the WPD issued an alert: "The family is mourning their loss and has asked for privacy at this time," it stated, "but with a renewed request for the public to help find Mr. Naulls." 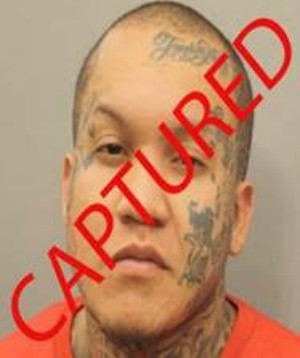 The latest booking photo of James Naulls Jr.
Houston Police Department
Such assistance was necessary because WPD officers believed "some of Mr. Naulls’ friends or family are helping him hide and evade capture."

On February 19, the WPD noted that the fugitive unit had uncovered "several pieces of information that led a coordinated effort to locate and arrest Mr. Naulls in Houston, Texas."

The previous afternoon, the Houston Police Department's North Tac Unit took Naulls into custody as he was exiting an auto parts store.

Naulls is currently being held at the Harris County Joint Processing Center on a no-bond first-degree-murder warrant. An extradition hearing is expected to take place in the coming days; detectives from Westminster will be there.

In the meantime, the department notes an additional focus "on bringing charges against those who helped [Naulls] evade capture and flee to Texas."

The DaHabrah family has released the following statement: "We are elated that he has been arrested...overwhelmed when detectives called, and couldn’t stop shaking for hours after hearing the news."