Members Only: Why Most Marijuana Lounges Stay Private 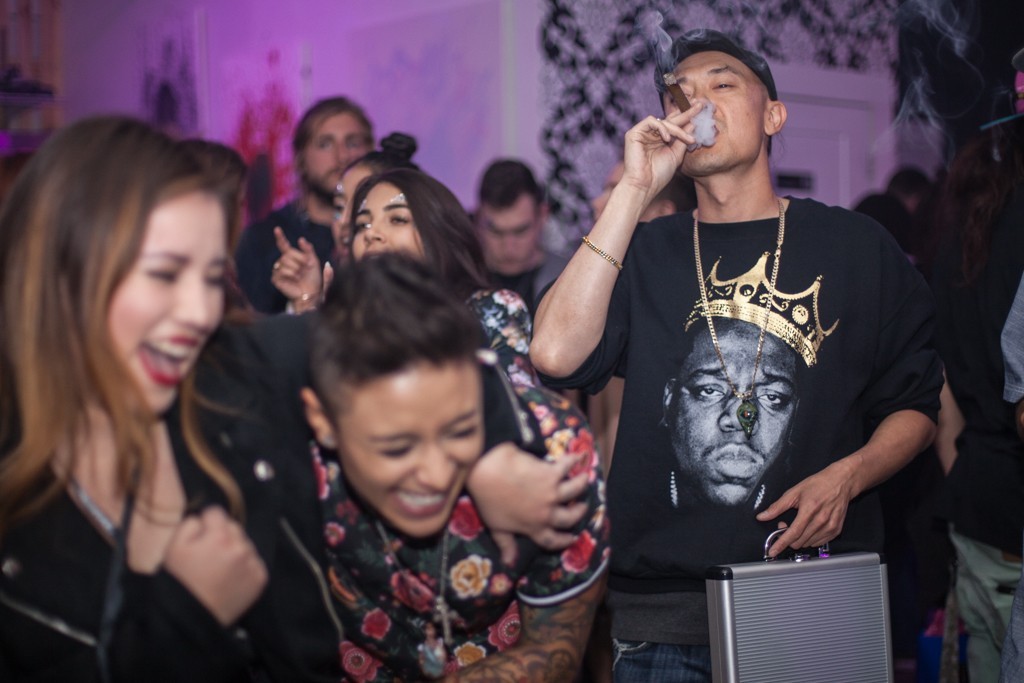 Jacqueline Collins
The Glitter Bong Bash celebrates cannabis and gay rights at Tetra 9, a private cannabis club in Denver.
While Denver has only one licensed cannabis lounge,there are several places outside of your home where you can smoke a joint with friends — and we're not talking about a park or alleyway. Private cannabis clubs that allow members to smoke weed have been operating in Denver since before the recreational dispensaries showed up, with varying degrees of success with city agencies and varying degrees of harassment by law enforcement.

Although a Denver program was adopted in 2017 to license businesses for social pot consumption, that program bans smoking indoors, so the vast majority of social consumption businesses have chosen to stay  private. Prove you're at least 21 with a valid ID, sign up for a membership, and you can go inside and blaze up as much as you want. While a new state law may finally let some private clubs get licensed and continue to allow indoor smoking, Denver is still in the early stages of considering these more expansive opportunities.

Helping lead the change is Dewayne Benjamin, founder of RiNo cannabis club Tetra 9 Lounge. When he opened Tetra over two years ago, Benjamin elected to keep it a private club until Denver has rules that make a public hangout more lucrative; he also has plans to open a pot-friendly teahouse in northwest Denver within the next year.

We recently caught up with Benjamin to learn more about the vibe of his cannabis club and where he sees it going in the future.

Westword: How's the vibe at most of your cannabis events? Is it like a bar or show that allows alcohol use, or is it more laid-back?

Dewayne Benjamin: Tetra is pretty much a social experience for cannabis users. We host events similar to nightclubs and bars, with Tuesday night karaoke and Wednesday game nights. We really target our events toward the cannabis community, so we host all sorts of business events for educational purposes to bridge that gap between businesses and end consumers, to provide more direct knowledge about cannabis products and consumption. It's pretty much a smoker-social atmosphere, and we provide entertainment like a nightclub.

Are most of your members locals, or are they signing up for short-term memberships while visiting from other states?

I'd say it's about 60/40 in favor of tourists, because Colorado is really established with this. I get a lot of tourists from southern states that never had information about all of these different edibles and concentrates. But for smoking products, most people are well-versed and able to manage themselves when it comes to smoking a joint or blunt.

We're a place downtown where you can actually smoke cannabis, so tourists really like that option. You can't smoke in hotels, cars or in public in general, so that's big for them. But we have also formatted weekly events to target locals: things like getting trendy DJs from around town to play here or have celebrity smoke-and-greets. During the day, though, it's mostly tourists.

What happens at Tetra if someone gets too high, or can't handle a massive dab their asshole friend loaded? We've all been there.

We really haven't had any issues like that. My employees and I are very educated about that and what to look for. A lot of people, especially tourists, come from sea-level states, so we always have to keep our eyes out for dehydration and first-time dabbers, things like that. We try to welcome them to the process and make sure they won't try to hit a whole gram on their first try. 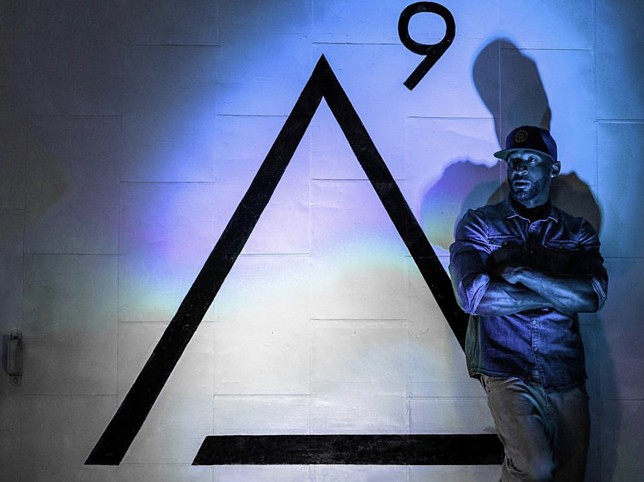 Tetra 9 owner Dewayne Benjamin
Courtesy of Tetra 9
When you first opened Tetra in 2018, the city had just started licensing social consumption businesses. Fast-forward two years, and there's only one licensed pot lounge under the city's rules, and your club remains unlicensed as you operate under the private membership model. What's the advantage to staying unlicensed?

When I started out two years ago, the license language the city provided only allowed edibles [and vaping]. With most of my clients being tourists, they're not exactly well-versed on only eating edibles or doing dabs. People universally know how to smoke marijuana with a joint, though, and then they'll put it out when they're high. That's pretty much the premise of me staying private as long as I have.

It has its advantages, because I've been able to maintain and control my clientele, and I've also been able to provide an atmosphere and public safety for cannabis use. I've never had an issue with fights, people passing out or emergency calls over the two years I've been open. That's something I'm very proud of.

As far as the disadvantages go, now that the hospitality license was passed at the state level and the Colorado Clean Indoor Air Act added marijuana and vaping, there's a stigma. People think because we're not licensed, we're not legal — but under this private model, we are legal. We've worked with the city for over two years to create this relationship.

Denver city officials haven't always said the nicest things about private cannabis clubs or events, and has shut them down in the past. How's your relationship with the city currently?

The city has been a great help to me, and helped me navigate this process over the last year as state licenses become available. I've sat in on City Council meetings and work groups developing new social consumption licenses that better target my business model. Step by step, the city has definitely helped me maintain a great line to Excise and Licenses and other factors, so I can be at the forefront for one of these new licenses later in the year.

You're also working on opening another location, Tetra Tea House, in northwest Denver, right next to the Joint dispensary. Is that spot up and running yet?

The teahouse is still our property, but we're focusing on the Tetra Lounge at the moment as we wait to see how state and local licenses falls in that area, because there are some issues with parking in that area of town. We want to see how neighborhood associations respond, too. We're still focusing on getting kinks out at the RiNo location for city inspections, for when we do want to get a city license. Something new comes up every day.

But for Tetra Tea House, we really want to have a business model and public safety down 100 percent before we push that concept, which will be more like a Starbucks. It'll be more intimate than a social lounge, where people can drink their tea, read books and stuff like that.