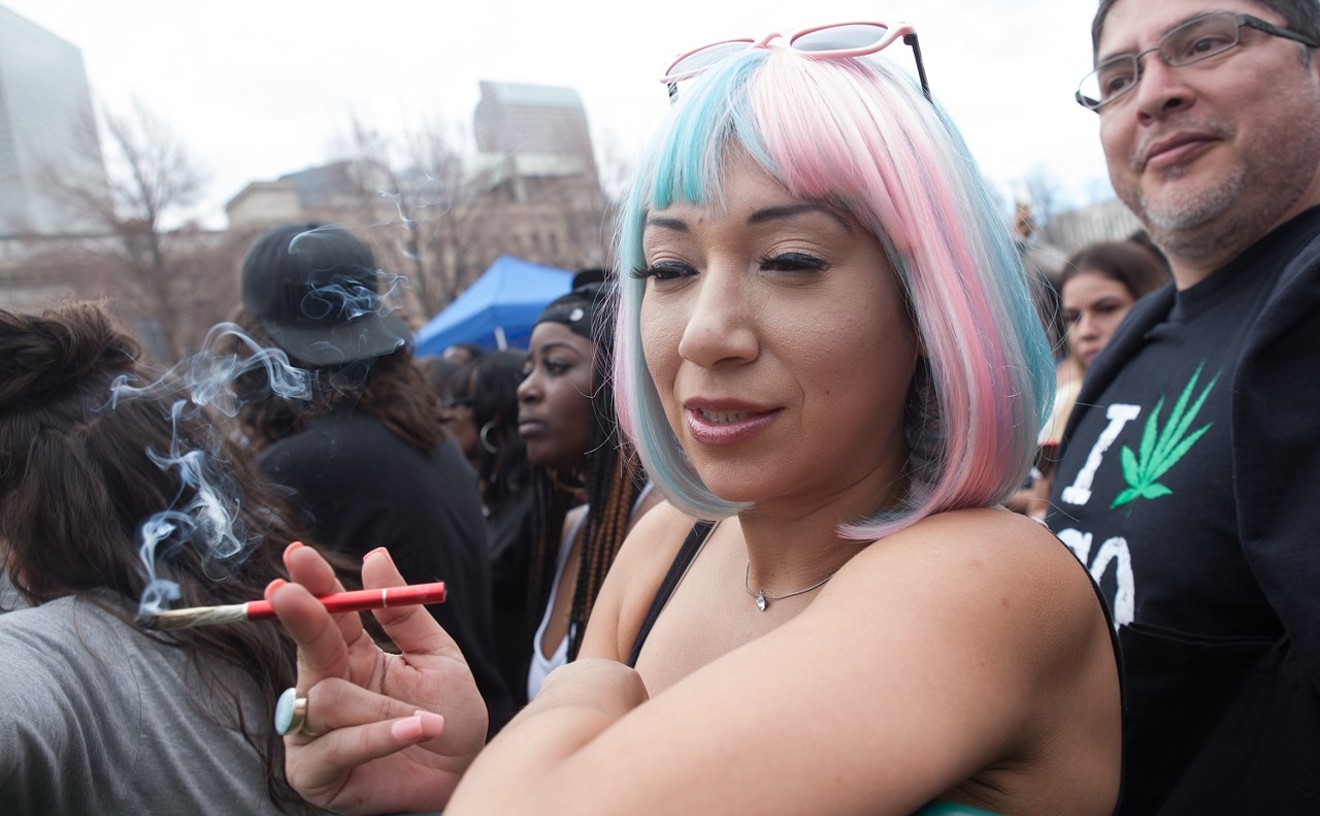 Jacqueline Collins
The annual gathering of cannabis supporters at Civic Center Park typically features a free concert, but it won't this year.
The FlyHi 420 Festival, part of the annual celebration of the unofficial 4/20 holiday at Denver's Civic Center Park every April 20, has been canceled over coronavirus concerns.

Shortly after Mayor Michael Hancock banned all on-site service at Denver bars and restaurants as of March 17, and days after Governor Jared Polis temporarily banned any public gatherings of over 250 people, 420 fest organizers announced that the festival and free concert set for Monday, April 20, at Civic Center would be canceled.

"Due to the recent outbreak of COVID-19 and the uncertainty of its potential growth, the FlyHi 420 Festival in Civic Center Park on 4/20/2020, has been cancelled," representatives of Euflora, the dispensary chain organizing the event, said in a statement. "The health and safety of our performers and attendees is the top priority."

Just days ago, event organizers had announced that Lil Jon would return to headline the free concert, but as more concerts, sporting events and now even restaurant and bars have had to shut down service, the FlyHi 420 fest decided to cancel, too.

"There are no immediate plans to reschedule as this virus continues to circulate," according to Euflora.

The FlyHi fest news follows other cancellations and postponements for cannabis-related events in Colorado this spring, including the NoCo Hemp Expo, Cannabis Wedding Expo, Colorado Hemp Fest and services at the International Church of Cannabis. Less notable cannabis events slated to observe 4/20 will likely have to cancel or postpone, as well, according to Colorado Cannabis Tours CEO Michael Eymer.

"I'm very bearish on how 4/20 will work this year, but again, that will be up to the government," he predicted in an interview last week. "I don't see big events happening on 4/20, I really don't. Denver has already been scaling back as the years go by."