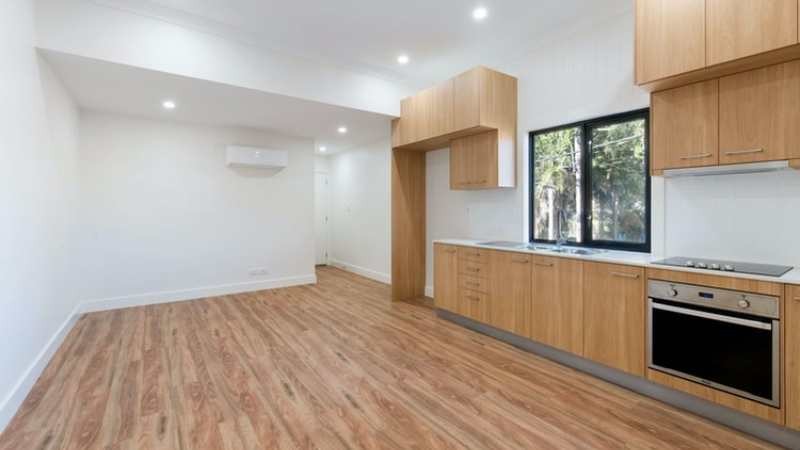 Photo by Steven Ungermann on Unsplash
The COVID-19 outbreak in Colorado has prompted a petition calling for an immediate freeze on rent collection, with assorted organizations advocating for rent strikes and other actions to address the dilemma of individuals who have been laid off or are experiencing other forms of economic distress. And while most of these activists say they're not trying to blame landlords for their lot and have promoted mortgage relief to assist them, many lease-holders feel that they're being unfairly portrayed as villains despite severe fiscal problems of their own.

Take Reverend John Anderson of Arvada's Trinity Presbyterian Church, for example. He and his wife are, in his words, "mom-and-pop landlords," and the tenant of their rental property, located in Colorado Springs, expects to lose his job at the end of the month, putting them in a legitimate financial pinch. Yet he feels landlords in general are being demonized — an uncomfortable position for a man of faith.

In an attempt to bridge the gap between renters and landlords, as well as the banks that play a critical role in the housing market, Anderson has joined forces with Coloradans for the Common Good, which describes itself as "a broad-based, non-partisan network of organizations, affiliated with the Industrial Areas Foundation — the oldest and largest community organizing network, organized for ordinary people to have a powerful voice in the decisions that affect their lives and communities." During a conference call at 10 a.m. today, April 7, members of the group will publicly call for a joint conversation involving renters, apartment associations and major financial organizations in an attempt to find "a fair, clear and workable solution to the rent and mortgage crisis in Colorado."

Jorge Montiel, CFCG's lead organizer, stresses that "we're not blaming landlords or banks or any other lending institutions" for the current scenario. "Rather, our goal is to reach a solution that works for everybody — and everyone needs to be part of the solution. We've heard calls from the community for rent strikes or freezes, and we know where that comes from — the pain people are feeling. But we've also heard from congregations and other members of Coloradans for the Common Good who may have one or two properties and who depend on that rent to pay their mortgages and live off of. And they're in a difficult situation, too."

This description doesn't fit all local landlords, Montiel acknowledges: "There are some bad actors out there, and we've also heard from lawyers doing pro bono work about landlords using scare tactics with their tenants. But we don't think that's the majority."

Anderson offers more context in the form of a report from Avail, the software firm whose online tools he uses to manage his Colorado Springs property. Last month, the company conducted a survey based on interviews with thousands of landlords and tenants, and Anderson points out that "mom-and-pop landlords who own one to ten properties are in a very precarious position. They don't have the same resources that community apartment owners do, and the survey found that very few have access to cash to help with their own mortgage obligations or to cover maintenance or utilities fees if renters aren't able to pay."

Compounding these problems, Anderson adds, is "a great communications gap, where renters are reluctant to tell landlords if they've lost a job and landlords are reluctant to reach out to tenants to offer solutions or initiate conversations, because they're not sure how they'll manage their own debt obligations." He adds that "most mom-and-pop landlords aren't full-time, and their properties are often a family property or something that they're just trying to hang on to. There's a very small margin for many of them."

Meanwhile, Montiel says, he's been hearing about "banks contacting clients and saying, 'Do you need help restructuring your mortgage or consumer loans?' That tells us they're looking for a solution, too — and our organization doesn't believe they would be in a better position if people start defaulting on their loans, just as landlords won't benefit from having a pile of evictions to go through once the moratorium against them is lifted. Everyone needs a solution now."

Coloradans for the Common Good doesn't have a specific blueprint that it wants the assorted parties to follow, but the organization has assembled a list of "realities" that must be taken into account. For instance, Montiel says, "The eviction moratoria is not enough, because two or three months from now, we'll have a wave of evictions. And a rent strike isn't enough, either, since those who go on strike in solidarity with someone who can't pay rent may do more damage than good. That puts more pressure on landlords who may not be able to help people who really can't afford to pay. And landlords may feel they can't negotiate to lower rent unless they have a deal from their own lender, and most of them simply can't forgive rent permanently. That's what folks are dealing with."

Montiel adds that many small businesses, nonprofits and civic organizations are struggling to pay rent right now, too. "We don't hear much about this," he notes.

For his part, Anderson is hopeful that CFCG's efforts will bring stakeholders together. "I feel like this is going to be a broad-based problem in the next 45 days," he says. "There can be accommodations on all sides, but that can only happen if everyone is in the same room together."