COVID-19 and Generation-Gap Clash Over Masks at King Soopers 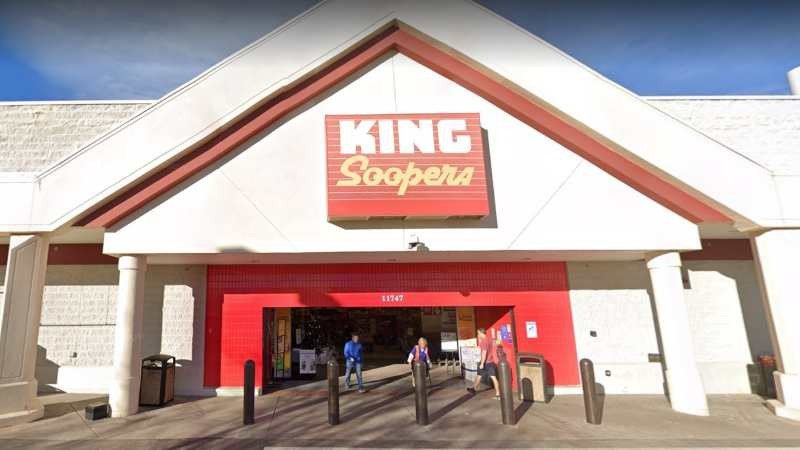 Google Maps
The King Soopers at 11747 West Ken Caryl Avenue.
The COVID-19 crisis may be revealing who cares about others and who doesn't. And when it comes to wearing masks in public, as both Governor Jared Polis and the federal Centers for Disease Control have recommended, the divisions in metro Denver frequently break down along generational lines.

Increasingly, older residents are donning cloth face coverings when they leave their homes, and particularly when they're shopping. But younger locals — especially those in their teens — are much less likely to do so.

An incident that led to a profane confrontation outside a Littleton King Soopers this past weekend illustrates the different approaches.

Like many grocery retailers, the King Soopers branch has started limiting the number of customers in the store at any one time by requiring them to line up outside while maintaining social distancing of at least six feet, and then admitting them one at a time when another patron leaves. At around 10 a.m. on Saturday, April 11, ten folks or so were waiting their turn; those closest to the front included a masked man in his fifties, a male who looked about eighteen or so without one, and a fifty-something woman and man both wearing masks.

As he waited, the teen was so focused on his phone that he didn't realize he was slowly but steadily encroaching on the space between him and the man in front of him. When the distance had been cut in half, the man snapped at him: "Dude, come on."

Rather than backing up, the teen responded in an unexpected way — by issuing a giant sneeze. And rather than directing this blast into the crook of his elbow, bat-wing style, he simply turned his head to the side and expelled a mucous-heavy cloud to one side, without making any attempt to block its spread.

Then, to make matters worse, he wiped his moist nostrils down his arm all the way to his right hand — the one he'd presumably be using to touch items inside King Soopers.

"Oh, my God!" the woman behind him exclaimed.

The man another six feet back was even more demonstrative. After a reflexive "What the hell?," he directed another question at the teen: "Where's your mask?"

The teen shrugged and turned back to his phone.

Granted, this explosion of snot didn't prove that the teen had COVID-19, since sneezes aren't among its main indicators. But even if he was merely suffering from allergies, he could also have been an asymptomatic carrier. Since CDC researchers now believe the virus can travel as far as thirteen feet through the air, making social distancing of six feet seem more like a good start than a guarantee of safety, his spew was potentially even more problematic.

Seconds later, the teen gained entry to the store —  a good thing, since the guy twelve feet back was positively fuming by now. Facing the teen, he shouted, "You fucking asshole!"

That description could be liberally applied to others in the general demographic. Over the course of the weekend, we saw dozens of people outdoors who appeared to be under the age of twenty, and not one of them was wearing a mask. This included a gaggle of skateboarders who were high-fiving each other after impressive tricks as if they weren't in the midst of a global pandemic.

Inside the King Soopers, shoppers who'd witnessed the angry exchange actively avoided the teen while trying to maintain proper social distancing and make room for others nearby — all except for a couple in their twenties, who blocked an entire aisle for several minutes, seemingly oblivious to everyone around them.

You guessed it: They weren't wearing masks, either.