After 29 Days, No Room at the Inn for Homeless Woman in Greenwood Village

Google Maps
A city ordinance caps stays at the Motel 6 in Greenwood Village at 29 days.
Sixty-one-year-old Sue Sanders, a Denver native who has been homeless for over two years, had been living in her car in the parking lot of a Walmart in Centennial until March. But then her car broke down and Sanders couldn't afford the necessary repairs, so she began searching for a new place to stay.

Shelters weren't an option, since Sanders suffers from an autoimmune disease and could catch a serious case of COVID-19 in a shelter with no room for social-distancing procedures.

Fortunately, a church stepped in and gave Sanders a week-long voucher to stay at the Motel 6 in Greenwood Village — the cheapest motel in the area, with rooms at $53 a night.

As her stay there was drawing to an end, Sanders posted a note explaining her situation on NextDoor. Donations started pouring in and she was able to extend her stay to cover a full four weeks at the Motel 6.

But on April 22, Sanders hit day 29 at the motel. And that meant she had to leave.

Since 2014, Greenwood Village has had an ordinance on the books that limits hotel and motel stays to no more than 29 days.

"We’re of the belief and our ordinance exists because that’s a safety and public-health issue," says John Jackson, the Greenwood Village city manager who previously served as the municipality's police chief. "If a hotel is not fitted for an extended stay, it’s not conducive to long-term living; we can argue with that all day. But I think we have absolutely presented some serious issues with what we’ve done."

The 29-day ordinance is unique among Colorado municipalities.

"This was very much a Greenwood Village moment," says Amie Mayhew, president of the Colorado Hotel and Lodging Association. No other municipalities have attempted to pass a similar ordinance, she notes; Mayhew's organization took a neutral position on the proposal when it was up for a vote in 2014.

The ordinance has a loophole for extended-stay hotels or motels, which Greenwood Village defines as "a hotel or motel in which all rooms contain accommodations for sleeping and a kitchen equipped with a full-sized refrigerator, built-in cooking facilities, microwave, sink, dishwasher, cooking utensils, dishes, and cutlery."

But extended-stay hotels and motels cost much more than the Greenwood Village Motel 6, and are out of reach for most homeless individuals. 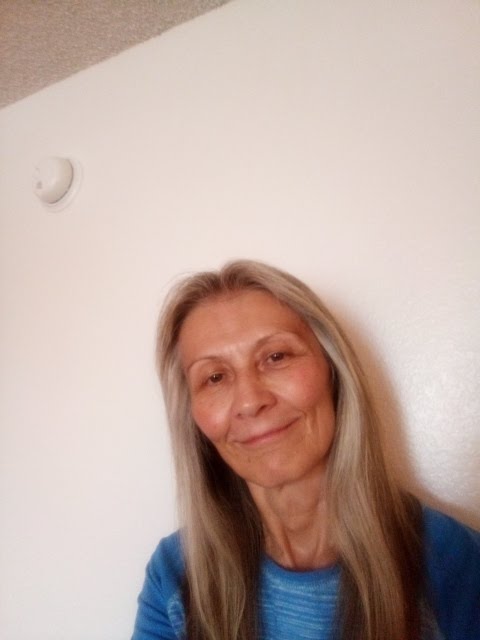 Sue Sanders was shocked when she learned she had to leave the motel after 29 days.
Courtesy of Sue Sanders
"I feel like it’s an attack on somebody that doesn’t make a lot of money," says Sanders, who only learned of the ordinance at the end of her Motel 6 stay. "I can’t help it that my disability is only $1,000 a month [in support]. I like to live in a city that’s safe as well as they do. I feel like I’m being attacked for it."

The ordinance affects more than Sanders. It's blocking possible plans to turn the Motel 6 into a respite motel for homeless individuals self-quarantining because of possible or confirmed cases of COVID-19.

In March, Neza Sarkari, who manages the Motel 6 in Greenwood Village, offered her motel to the City of Denver for this purpose. "As a motel owner, we’re very proud that we do work with charitable organizations," she says.

Denver officials asked that she get permission from Greenwood Village before moving ahead with the plan. Her initial emailed request was quickly shut down: Jackson told Sarkari that the property wasn't zoned as an in-patient medical facility and that, in any case, the plan would violate the 29-day ordinance.

When Sarkari responded that she'd used the word "patients" in error, since there wouldn't be any medical care at the motel, Jackson reiterated that the proposed use would be a violation of the 29-day rule.

Denver officials have been trying to secure hundreds of motel rooms across the metro area for those needing to quarantine or who can't stay in shelters. "We have worked with many hotel operators in seeking partnership to establish needed rooms to house persons experiencing homelessness throughout the COVID-19 emergency. These are complex contracting agreements requiring planning and negotiation of many logistics. Due to their complexity, not all of these negotiations materialize into an executed contract, and such was the case with this property," explains James Ginsburg, the deputy director for housing stability and homelessness resolution at Denver's Department of Housing Stability.

But Sarkari isn't giving up on trying to help. Her compromise would be to house only homeless individuals who are at risk of COVID-19 infection or can't stay in shelters, not those actually infected with the illness. But even this could conflict with the 29-day limit in Greenwood Village.

"I'm not positive what problem they're trying to solve, and of course it does have a disproportionate impact on people who are homeless," says Cathy Alderman, a spokesperson for the Colorado Coalition for the Homeless. "It'd be one thing if they had that ordinance in place and said, 'We're not going to use this ordinance until there's housing resources.'"

But Jackson says that during his time as the Greenwood Village police chief, he saw unhealthy situations at motels that this ordinance was enacted to prevent. "I’ve been in many rooms filled with little heaters, crockpots, stuff that it’s not designed to support," he explains. We’re just trying to be proactive and healthy at the same time."

Alderman doesn't buy that argument. "There are certainly ways to make sure that people don't have illegal items in their motel rooms rather than just banning people from staying there for an arbitrary amount of time," she says. And in any case, the current situation might justify a temporary lift of the rule. "During a public health crisis, practically any ordinance can be suspended," she suggests.

But not in time to help Sanders. Yesterday, April 22, Sarkari told her that she'd reached the 29-day limit, and that the motel could be fined up to $500 per day if it let her stay.

Now Sanders is struggling to find a new place to go, and also to understand the ordinance that got her booted out of the Motel 6. "That doesn’t even make any sense to me, because they provide you a microwave and a small refrigerator here, so you wouldn’t need anything else. I’ve been doing fine with just those two things," she says. "Now that I’m learning about this, that doesn’t make any sense at all."

"Not sure if anything right now makes sense," Jackson responds. "I am certain this is hard for this person. My simple hope for her is to be safe and healthy."

But Sanders says she needs help, not Jackson's hope.  "It doesn’t sit well with me," she concludes. "It sounds very much like elitist crap."