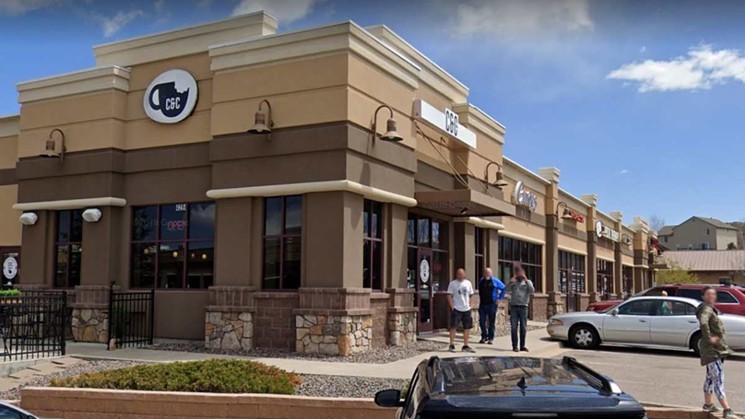 But on Father's Day, the Castle Rock restaurant is back in business and the state's good graces. The restaurant reopened this week with the blessing of the Tri-County Health Department, its license restored.

Readers are still chewing over the six-week saga. Says Andrew:

This whole thing was nothing more than a PR stunt by C&C and the Reopen lunatics. They intentionally opened on Mother's Day knowing that no other restaurant would compete with them, and gambled against a public health order. Throw the book at them.

The Reopen people are a bunch of sheep being used by their corporate overlords. Lambs to the slaughter.

Good for them! This is a free country. If you don't feel safe, you don't have to go in. Simple. There's plenty of people not living in fear who want to enjoy normal life again. Stay healthy, folks!

This was completely irresponsible on the owners' part. I work in a busy hospital and take care of patients who are suffering with this virus. They deserved the penalties they received. I’m absolutely positive if a family member of theirs was going through what other people are going through, they wouldn’t have been so negligent.


I'm fine letting any restaurant open and serve as long as they are carry insurance and are willing to accept liability for any customer or employee who gets sick from eating or working there. Let the lawsuits begin.

Honestly, they could have waited like everyone else. If they didn't have people ordering their food to go, then their food was probably no good to begin with. My family owns a restaurant and they did great during shut down because they had a loyal customer base...something these people obviously didn't have. The only reason they will get a crowd is that they made the news???

Everyone behave! We don’t want to screw this up.

"They had come to the conclusion that they were going to lose their business," Corporon explains. "It was secured by financing that could put their home and everything else at risk if they didn't open — so they did. They put something on social media to let folks know that enough was enough, but they had no idea hundreds of people were going to show up. They had set the place up on the inside with tables separated and things like that, and they had the outdoor patio open, but they were mobbed. They had no idea they were going to be launched into the media forefront." The size of the throng was so overwhelming, he adds, that at a certain point, the Arellanos "just threw their hands up and said, 'Let's do our thing.'"

Their next thing: a complaint in federal court, arguing that the state overstepped when it shut down the restaurant.

What do you think of the C&C saga? How restaurants are doing in general? Post a comment or email your thoughts to [email protected]