Ask a Stoner: Are Ounces Worth the Money in the Long Run?

Westword
Dear Stoner: I’ve found myself smoking more weed and drinking less during the pandemic, so I was thinking about buying ounces instead of grams going forward. Will I save money, or just smoke faster?
Gerald

Dear Gerald: There’s a stoner proverb that I’m probably about to butcher: “I smoked 70 percent of my weed in three days, and 30 percent for the next seven.” While that doesn’t line up with payroll schedules, the point is valid after you buy your first ounce, which feels like cashing birthday checks when you’re nine years old. Unless you’re more disciplined than a twelve-degree black belt, you’re going to smoke and share more pot after going from poor to rich. Then you’ll come home one day, notice your jar is more shake than nugs, and wonder how you ever became so careless and inattentive. 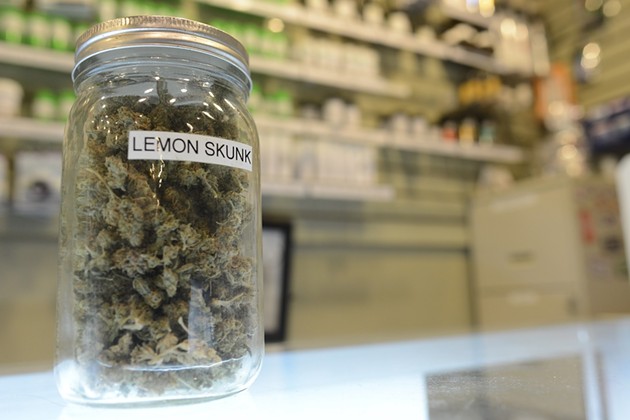 Ounces usually carry more value, but don't burn through your jar too fast.
Scott Lentz
That roller coaster only happens a few times, though, and then you’ll ration to take advantage of the price cuts for ounces over grams or eighths, but be wary of ounce deals that sound too good to be true. I don’t like dispensaries that refuse to scale back the pricing ladder when I’m buying more pot, but don’t trust $70 ounces, either. Find something in the middle at a shop you like, then get a few Mason jars to split it up for storage. That’s when your budget benefits.