Bad Signature on Ballot? Colorado Lets You Cure That. 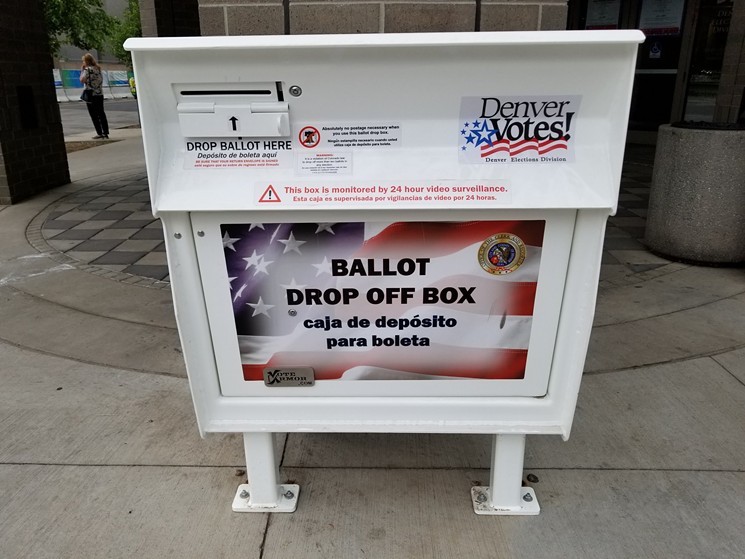 Denver Elections Division Facebook
Check your signature before you drop in your ballot!
Close to 3 million Coloradans have already voted in Colorado's vote-by-mail election...but did they sign their ballots correctly?

According to the Colorado Secretary of State, 0.52 to 0.66 percent of ballots in recent elections were rejected because of a signature discrepancy. And younger voters, who have fewer samples available or are still developing their signature, are rejected at much higher rates. More than 1.8 percent of eighteen-to-twenty-year-olds had their ballots rejected in the 2018 election, the Secretary of State’s office reports.

"While our mail ballot rejection rates due to signature discrepancy are low, a disproportionate number of young people are impacted," says Colorado Secretary of State Jena Griswold.

To help minimize the risk of a ballot being rejected, Paul López, Denver clerk and recorder, encourages voters to look carefully at ballot instructions and double-check that they have included a signature on their ballot — one that bears some resemblance to how they usually sign their name. As of October 28, less than 0.5 percent of Denver ballots had been rejected, he said.

And if your ballot is rejected in Colorado for signature problems, you'll have a chance to fix it.

Colorado Secretary of State's Office
Under Colorado law, if both members of a bipartisan team of election judges agree that the signature on the ballot does not match the signature in the voter’s file, they cannot accept the ballot for counting. County clerks must notify a voter within three days of discovering the discrepancy, but in no event later than two days after Election Day, according to the Secretary of State's Office.

Any voter who has a signature discrepancy is notified by their county clerk through the U.S. mail. That notification includes an affidavit with instructions on how they can return the signed paper affidavit with a photocopy of an acceptable form of ID to their county election office. But this year, there's another, easier way to correct a rejected ballot: TXT2CURE.

Under TXT2CURE, when a person learns that their ballot has been rejected, that person can text “Colorado” to 2VOTE, or 28683. Via text, they can submit their voter ID number (included on the rejection notice), a signature and a photo of a valid ID.

Colorado voters have until 7 p.m. today, November 3, to vote. If they're notified that they've made a mistake, they'll have until midnight on November 12 to cure their ballots.