Twitter
The MillionMAGAMarch summed up in one tweeted photo: Lauren Boebert in front of a sole Black guy who looks like he's just realized where he's standing.
Yes, Colorado's 3rd Congressional District is sending Representative-elect Lauren Boebert to Washington, D.C. Before her election, Boebert took on a lot of roles, from a wannabe model to a restaurateur whose biggest claim to fame was getting shut down by the state to a gun-totin’, QAnon-embracing candidate for Congress. You know, a true stateswoman.

One of the strategies that got Boebert elected was playing to the far right’s intense hatred of anyone to the left. Smack-dab in the center of Boebert’s sights has been Representative Alexandria Ocasio-Cortez, who’d already become a target for conservatives when Boebert positioned herself as the anti-AOC.

Before and after her victory at the polls, Boebert has taken on her social media nemesis...while AOC has never bothered to tweet about Lauren Boebert (and Ocasio-Cortez is not shy about using social media herself). Still, it's worth comparing and contrasting these young politicos who will soon meet in Congress.

Work Experience
Both Ocasio-Cortez and Boebert began their work life earning a paycheck at least in part in the service industry— AOC as a bartender and server, and Boebert as a caterer and restaurant owner, albeit one who seems to make more money on T-shirt sales than T-bone steaks.

Legal Entanglements
There have been legions of conservative journalists scouring the records for any suggestion of legal impropriety on AOC’s part. What they’ve found so far has been New York Post-level investigative journalism about an ongoing tax issue for about $2,000 that AOC’s campaign claims is in error and will be successfully contested and dismissed. Boebert, on the other hand, has legal issues ranging from reckless-driving charges to failures to appear in court, and a 2015 incident where she was detained for interfering with the custody of underage drinkers at a party. But the most applicable comparison is that Boebert, too, has her share of tax issues. Jason Salzman reported in the Colorado Times Recorder that Boebert has been “hit with 8 liens since 2016 totalling $21,841.33,” and while a fraction of that has been paid (which more or less proves that the tax bill isn’t contestable), Boebert still owes nearly $20K. 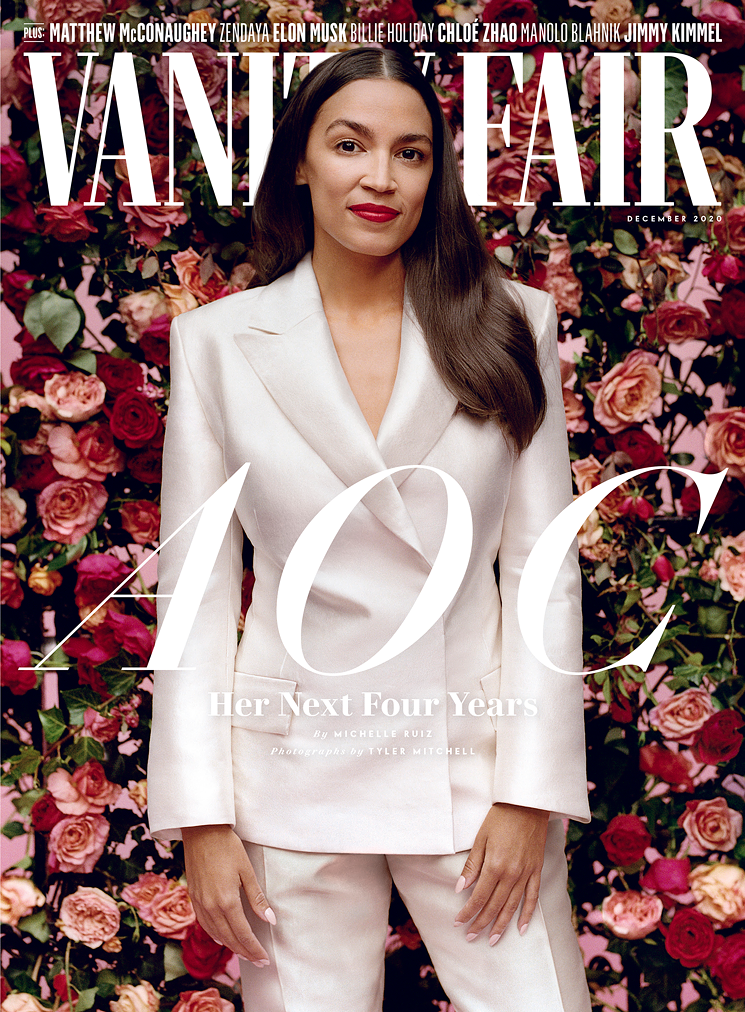 Vanityfair.com
Style
Boebert tried to make hay over a recent AOC magazine cover: “I wonder what brand of socialism allows you to get a $14,000 suit for Vogue photoshoots,” she recently tweeted, adding that she was “looking forward to dismantling your socialist agenda in my finest Macy’s clothes like normal working people.” The pointedness of the jab was undercut by a few things: one, AOC didn’t get to keep the expensive outfit — the magazine borrowed it for her. Second, Boebert throws around the label “socialist” in a way that seems to suggest that she doesn’t really know what it means, other than that it makes her supporters hoot and holler. (Supporting this theory: a November 2 tweet defining socialism as “the equal sharing of misery.") And three: That’s not Vogue. It’s Vanity Fair. It’s right there on the cover, Congresswoman-elect.


Jello Wrestling
It’s exactly what every American thinks Congress needs: to get raunchier. On the notably racist podcast In Hot Water, one of the hosts claimed that Boebert wanted to win her race and go to Washington “to wrestle Alexandria Ocasio-Cortez in jello or pudding, and that would be fun to watch because she is a lovely woman.” Boebert could have let that bad and sexist joke pass (along with the casual racism of a follow-up comment about “the Japs”), but instead she embraced it and returned to the joke several times in the interview.

It was an unsurprising move by Boebert, who posed like the swimsuit model she once hoped to be for most of her campaign ads, but not one that will change the way Alexandria Ocasio-Cortez responds to Boebert…which, again, is not at all.