Westword
The small concrete patio basks in the glow of neon beer signs at Tooey's Off Colfax.
With COVID-19 restrictions forcing bars and clubs to close and no federal relief in sight, Denver's beloved venues keep calling it quits. The latest casualty is Tooey's Off Colfax, a divey bar at 1521 Marion Street that hosted eclectic shows, soul nights, art events, wedding receptions, birthday parties and other memorable activities. The spot was a regular watering hole for aging punks, service-industry workers who'd go there for the good deals, and pretty much anybody looking for an unpretentious place to drink and chat with strangers.

"Well, 2020 has been a real crap year," posted owner Alissa Eastman on Facebook. "I am sad to announce that Tooey's Off Colfax did not survive the pandemic. I am so thankful for all of the relationships that have come from this place... the amazing staff that I have had the pleasure of working with, our awesome customers who became friends and regulars who are like family."
click to enlarge 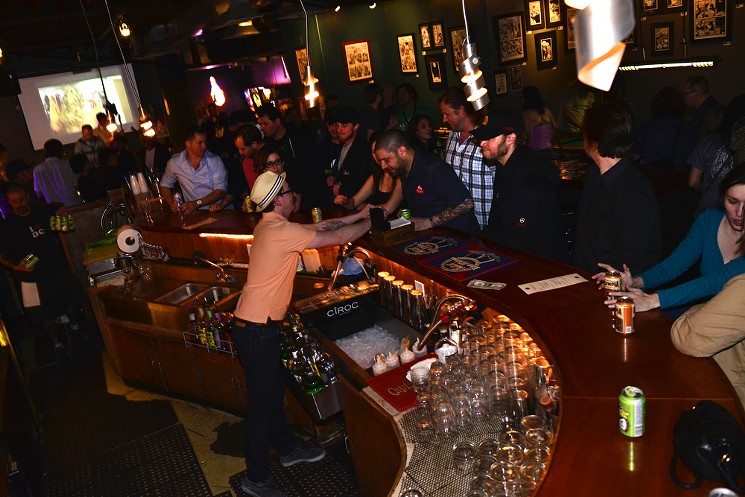 In 2014, after the Craft Brewers Conference. industry players had a drink at Tooey's.
Scott Lentz
Tooey's demise follows those of Bowman's Vinyl & Lounge, 3 Kings Tavern, El Chapultepec, Live @ Jack's and La Cour. And other venues, from the hi-dive to the Oriental Theater, have signaled that their future is uncertain; although some CARES Act money was recently distributed, it's far from enough.

Chris Zacher, head of Levitt Pavilion and co-captain of the Colorado chapter of the National Independent Venue Association, has warned for months that without federal relief, independent clubs would be closing. And while he believes there is some hope of Congress passing aid in the not-too-distant future, in the meantime the local music scene is losing some of its best spots.

Tooey's opened in 2008 without a sign; it was a secret speakeasy. Over the years, the secret got out. Some nights, it was a mellow spot for a quiet drink; other nights, it hosted raucous parties. 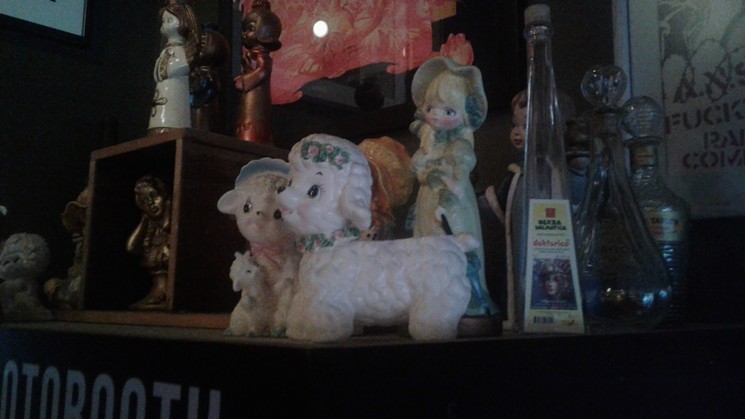 A menagerie of ceramic figurines atop the photo booth at Tooey's.
Sarah McGill
"Tooey's is the sort of place where people can go hard on any given day of the week — or keep things calm and play a little pool or relax in a secluded booth, or anything in between — and not be judged for their choices," wrote Sarah McGill in Westword.

The bar plans to throw a send-off party sometime in January, if it's able to reopen for a farewell event. Meanwhile, patrons are already showing up on social media to remember the spot.

"This wasn't just a bar, but a home for some, a safe place to party and 4 walls to create unforgettable memories," posted Eastman. "I love you all! To present and past employees: I love each and every one of you. You have touched so many people's lives in so many ways. You are, and will forever be, FAMILY. I love you."