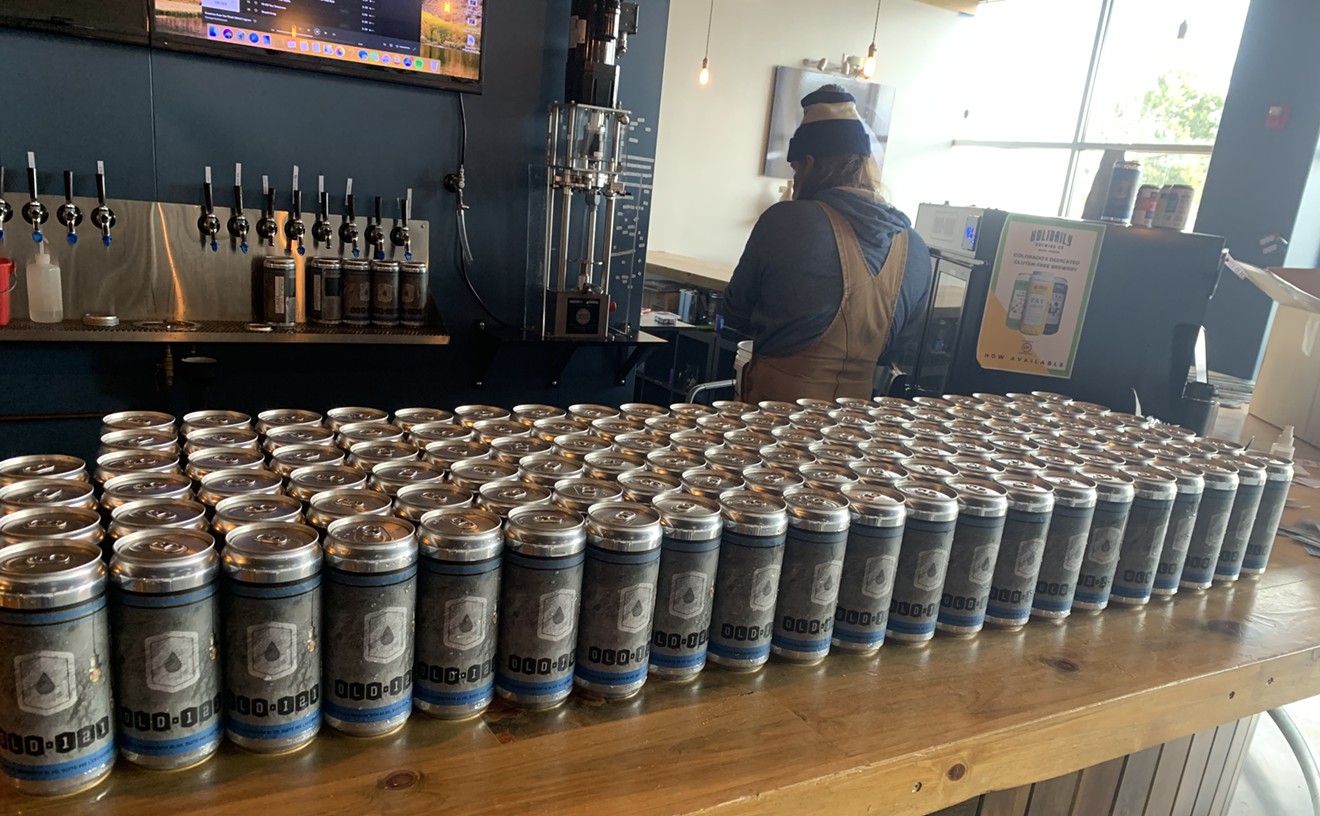 Old 121 Brewhouse
As the first shipments of the COVID-19 vaccine arrived in Colorado, "many Coloradans feel relief that an end to the pandemic seems to be in sight," says Old 121 Brewhouse in Lakewood. "However, that doesn’t ease the strain on frontline medical workers at our community’s hospitals." So the brewery is trying to provide a taste of relief for those workers, by donating 300 Crowlers of Old 121 Lager to Denver-area hospital workers.

Those 9,600 ounces of beer represent approximately one full tank, or 25 percent of Old 121’s total monthly production; Crowlers are available for pick-up for free from Old 121 Brewhouse during business hours for anyone who shows a hospital ID badge. Old 121 Lager is an easy-drinking pale lager brewed with Saaz hops.

Burns Family Artisan Ales releases Miracle on Second Avenue. This sessionable brown ale was made with figs and orange honey. It is available in 16.9-ounce cans to go.

Cerebral Brewing has fresh cans of three beers. Forever Awake is an imperial coffee stout with chicory and vanilla; Winter Halo is a malty winter warmer with cinnamon, ginger and vanilla, and Destruct Sequence is an IPA brewed with Vic Secret, Idaho 7 and Mosaic hops.

Thursday, December 24
Comrade Brewing will tap its latest version of Quit Stalin Russian Imperial Stout. Weighing in at 9.9 percent ABV, this one was made with dark-chocolate pretzels.

The Dumpster Garden at TRVE Brewing.
TRVE Brewing
Saturday, December 26
"Given that this year is a total dumpster fire," TRVE Brewing would like to cordially invite you to its new Dumpster Garden, a pop-up, outdoor "TRVE as all hell, can slangin’ beer garden." The brewery will take over the parking lot of its neighbors, Import Mechanics at 235 Broadway, every Friday, Saturday and Sunday from noon until 8 p.m. through the winter. "We’ll have a full assortment of cans and bottles for y’all to choose from that will equal the breadth of our usual tap list," the brewery says.

New Image Brewing and Call to Arms Brewing have collaborated on three massive barrel-aged imperial stouts, which the breweries will release online today. They are: VaNiller Time 2.0, a 13.9 percent ABV beer aged in bourbon barrels with Tahitian vanilla; Local Ties, a 13 percent ABV stout aged in whiskey barrels from Arvada's Talnua Distillery; and Have My Cake and Eat Yours Too, aged in bourbon barrels with coconut, cacao and pecan.

Friday, January 1
For the first First Friday of 2021, the Empourium Brewing is bringing back one of its original beers, Krusher Cream Ale with peaches and vanilla bean. "This beer is a light easy drinker that's packed with peach and apricot purée and finished with Madagascar Vanilla Bean and clocks in at ABV 5.2 percent," the brewery says. It will be on tap and available in four-packs to go. Little Red's Kitchen will be there with food.