For decades, marijuana legalization opponents have claimed that the marijuana of their generation is far more potent, and therefore inherently more dangerous to society, than that of the past. In the 1930s, Henry Anslinger, commissioner of the United States Bureau of Narcotics, testified to Congress that cannabis was so potent that it "is entirely the monster Hyde, the harmful effect of which cannot be measured” — thereby justifying the federal prohibition of the plant. In the 1960s and ’70s, public officials alleged that so-called ‘Woodstock weed’ was so uniquely powerful that smoking it would permanently damage brain cells and, therefore, its simple possession needed to be heavily criminalized in order to protect public health.

By the 1990s, former Los Angeles Police Chief Daryl F. Gates opined that advanced growing techniques had increased THC potency to the point that “those who blast some pot on a casual basis...should be taken out and shot.” A few years later, during congressional hearings on the topic of strengthening federal anti-drug laws, then-Senator Joe Biden also weighed in on the issue, opining, “It’s like comparing buckshot in a shotgun shell to a laser-guided missile.”

Looking back, it is apparent that each of these previous generation’s claims were nothing more than pure hyperbole. Nonetheless, they had a lasting influence on marijuana policy — in many cases, leading directly to the passage of detrimental public policies that caused the undue stigmatization and criminalization of millions of citizens. The latest recycling of the “It’s not your parents’ pot” claim is no different. 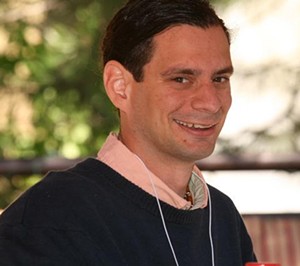 Higher potent cannabis products, such as hashish, have always existed and, essentially, marijuana is still the same plant it has always been — with most of the increase in strength akin to the difference between beer and wine, or between a cup of tea and an espresso.

More potent concentrates are more akin to hard liquor. But, unlike alcohol — which is routinely sold in lethal dose quantities at liquor stores throughout Colorado and America (e.g., a handle of vodka) — THC, regardless of potency or quantity, cannot cause death by lethal overdose. Currently, the United States Food and Drug Administration regulates the production and sale of dronabinol, a pill containing 100 percent THC. Several years ago, the agency rescheduled this drug from Schedule II to Schedule III because of its remarkable safety profile.

Prohibiting the production and sale of cannabis products above some arbitrary potency level is not an appropriate action for Colorado lawmakers to take. Consumer demand for these products is not going to go away, and re-criminalizing them will only push this consumer base to seek out similar products in the unregulated illicit market.

This scenario is not in the best interests of either patients or public health. Rather, arming the public with better public safety information about the effects of more potent products, and further diligence on the part of regulators to ensure that legal products do not get diverted to the youth market, are more productive ways to address public-health concerns.

Paul Armentano is the deputy director of the National Organization for the Reform of Marijuana Laws (NORML), one of the nation's older marijuana advocacy organizations. He is the co-author of the book Marijuana Is Safer: So Why Are We Driving People to Drink.

Westword occasionally publishes op-eds and essays on matters of interest to the Denver community. Have one you'd like to submit? Send it to [email protected], where you can also comment on this piece.