Grace DeVine Shoots for the Moon on Her New Single, "Maniac" 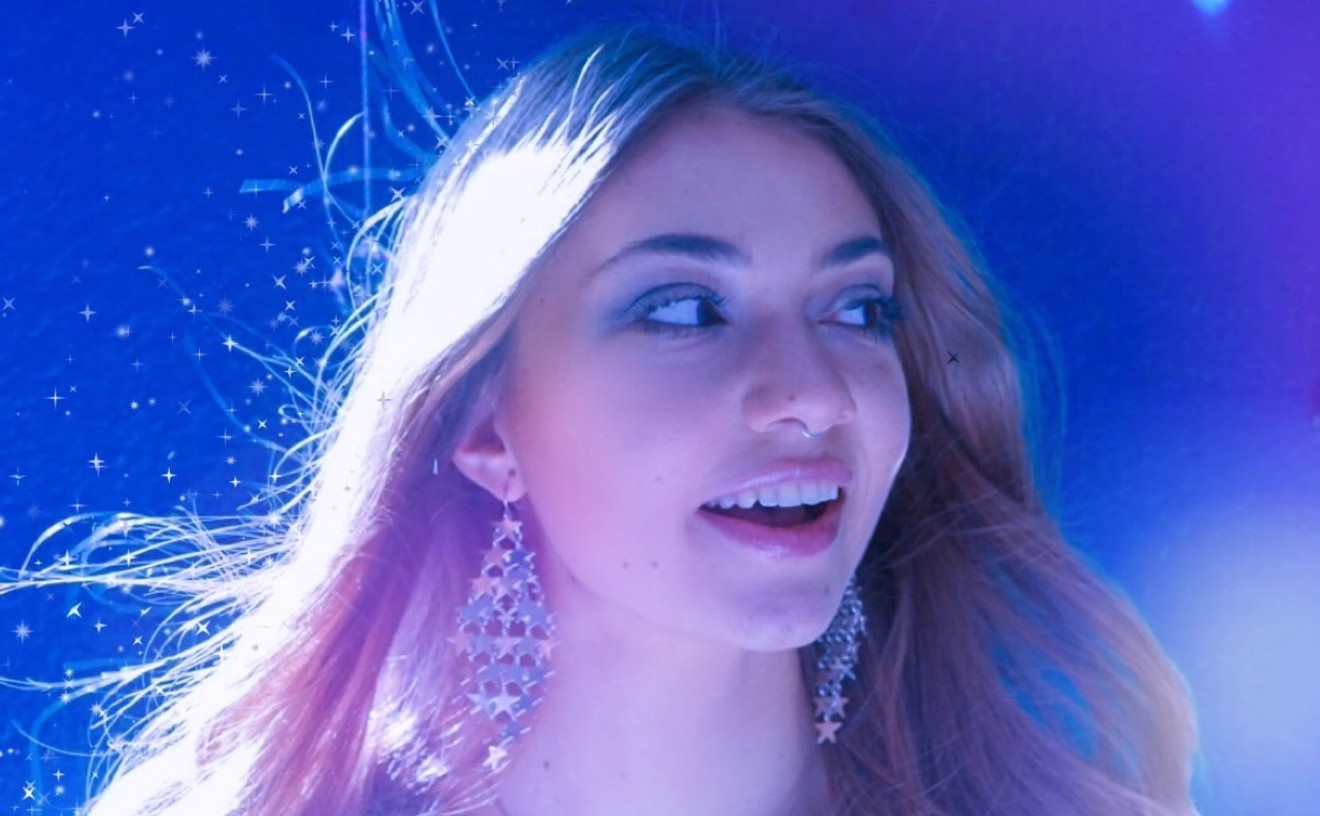 Sara Grossman
Grace DeVine's pop songs tackle motifs like the moon, romance and sexuality.
Eight high-pitched electronic arpeggios give the effect of light reflecting off a disco ball. Drums kick in, and Denver indie-pop singer Grace DeVine launches into the first verse of her new single, “Maniac,” in an ethereal, equally high-pitched register. “Liquor makes me think that I miss ya,” she sings airily in the opening line, her melody traveling up and down, mimicking her own irresolution.

“Maniac” is about the last residue of nostalgia she feels for an ex-lover, even though she resolves not to relapse back into that relationship. The song is tinged with petty spite; the repeating chorus imitates the obsessive meanness and competitiveness of getting over a relationship, as she casually drops, “I’ve been making love/Like a maniac.” The irreverent, vengeful, major-key bop is a short sticky note from a basic girl to a clingy ex: It’s over.

DeVine, a student at University of Colorado Denver, writes songs grounded by strong, reliable pop-ballad beats and suffused with celestial electronic ornaments. She belts out lyrics that address the vicissitudes of love and loneliness to the upbeat sheen of her pop melodies. Her lyrics often come from her practice of journaling, which she admits can get pretty personal.

“I try to put a dance beat behind it," she says, "because no one’s going to listen to your feelings if they’re grooving."

For most of her childhood, DeVine lived with two moms as one of five kids.

“It was literally like the lesbian Brady Bunch,” she says. Both of her parents were teachers, but because of rampant homophobia at the time, DeVine was told to keep her moms’ relationship on a “need-to-know basis.”

“People on the bus would say things to me like, well, aren’t you going to hell? And I’d be like, 'Well, I’m Jewish, so we don’t even believe in hell,'” DeVine says, laughing. She's grateful that she was “raised knowing that a heterosexual lifestyle isn’t necessarily the norm,” and attributes it to her own openness as a pansexual woman.

She grew up with the Grateful Dead, Bob Dylan, Carole King and Queen playing constantly in her household. She listened to her mom’s favorite songs and sang them nonstop at home. In elementary school, when DeVine found herself listening to a lot of Taylor Swift and Hannah Montana, her mother introduced her to Janis Joplin and Aretha Franklin, in addition to the Rolling Stones and the Pretenders.

“'She needs good female role models,'" DeVine recalls her moms saying. "'If she’s going to be singing all the time, let’s get her singing songs we like.'"

DeVine had always loved poetry, taking after her mom, who was an English teacher. For her thirteenth birthday, DeVine was given a book of Bob Dylan lyrics. She was floored.

"I was like, 'Oh, my God. The words tell one story, and when you put it with music, you have another story, and then you really get the full picture,'" she says. So began her passion for songwriting.

Grace DeVine's newest single, "Maniac," dropped on March 26.
Sara Grossman
Last year, DeVine released her first EP, Love Letters to the Moon. She lived on the beach in South Florida before moving to Denver for college, and her mom, who loved the ocean, would always pull her out to the balcony when there was a full moon. Her mother would say things like, “I love the ocean when she’s angry!” or “The moon and the ocean are dancing tonight.” DeVine internalized that tenderness toward the moon. “I think about it at night when I can’t fall asleep,” she says.

“I went through a time in my life two or three years ago when I was experiencing a lot of loss all at once. I left behind a lot of things that I knew; I broke up with my long-term relationship. I had this apartment, and there was a giant window over my bed. And every night around 11 p.m., the moon came up right outside my window. It was like a song."

DeVine references Shakespeare's A Midsummer Night's Dream, which she read in high school, to explain the moon's mystique. She loves the idea that the day is associated with normalcy while the night is roiled with conflict and drama.

“The word 'lunatic' comes from the moon, and all that craziness is creativity at its core,” DeVine says.

Naturally, then, the first song on Love Letters to the Moon is titled “Love Sick Lunatic.” She began recording a few chords on a loop, and immediately liked the progression. As she listened to the loop, she lit some candles in her room and came up with the first lyric for the song: “I light my candles one by one.”

But then she stalled. She blocked off the next full moon on her calendar and made sure she was free to finish the track. On the night of the full moon, the chorus came to her while she was showering. She jumped out of the shower — shampoo still thick in her hair — and immediately wrote it down.

“It’s not about a person, really — it’s just about the moon,” she says.

On the last song on that EP, "Right Outside My Window," DeVine professes her inexhaustible love for her lover, perched right outside her window.

“Love is so reckless,” she mumbles.

Who is the mystical lover who has sneaked over to her bedside? The moon, of course.