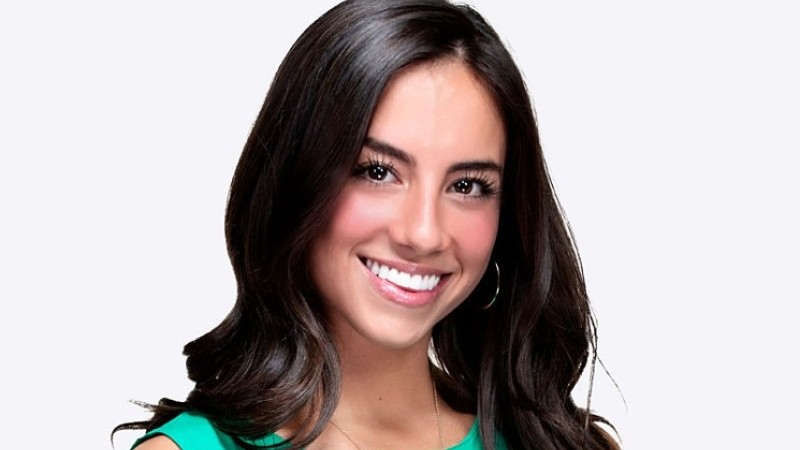 Courtesy of Lori Lizarraga
Former 9News reporter Lori Lizarraga's essay for Westword is credited with helping spark change at TEGNA stations.
The fallout continues from former 9News reporter Lori Lizarraga's essay detailing the exit of three Latinx reporters from the station in a year — including her. Now, following a federal filing from a major investor in TEGNA, 9News's parent company, alleging "a broad pattern of bias and racially-insensitive behavior" at its outlets, TEGNA has issued guidance to news directors telling them to stop using the term "illegal immigrants" in their reporting.

In her Westword piece, Lizarraga had noted that 9News managers reviewing one of her first efforts for the station "told me I was not allowed to describe the young man in my story — or anyone else for that matter — as 'undocumented' while at 9News. Instead, I was instructed to use 'here illegally' or 'illegally in the country.' For two years, I explained that I was not comfortable with that verbiage and how it could discourage my community from this platform. For two years, my managers repeated the 9News guidelines."

Those guidelines are now changed. The new edict was released this week following a meeting between TEGNA vice president and chief diversity officer Grady Tripp and leaders from the National Association of Hispanic Journalists. In addition, the NAHJ is planning a sit-down with Dave Lougee, a former 9News executive who's now the CEO of TEGNA, to build on the language change, which the association's president, Nora López, characterizes as "a very promising first step."

The nixing of the "illegal immigrants" term is echoed in a bill signed into Colorado law yesterday, April 15, by Governor Jared Polis; the measure, known as HB21-1075, replaces the term "illegal alien" with "worker without authorization" as it relates to public contracts for services. Still, López stresses that TEGNA's move hardly addresses all of the NAHJ's concerns related to coverage issues, as well as opportunities for people like Lizarraga.

"The issue of needing more journalists of color in newsrooms is a problem across the board," she acknowledges. "But there have been some specific incidents at TEGNA that were out of the norm and egregious."

López notes that in communication with past and present TEGNA Latinx employees following Westword's publication of Lizarraga's piece, she's heard stories about staffers being asked to disclose their immigration status, as well as an incident in which the skin of one on-air personality was said to have been lightened in a publicity photo.

NAHJ vice president of broadcasting Julio-César Chávez credits Lizarraga with sparking the conversation over the "illegal immigrants" term. "The root of this change is in Lori's exit article," he maintains.

For her part, López stresses that the use of "illegal immigrants" isn't just pejorative, but factually unsound. "To say that migrants coming here seeking asylum are in the country illegally just isn't precise," she says. "They are following the law by coming here, turning themselves in because they're seeking asylum and awaiting a court date. So they're not here illegally, and while it's tempting to brush all migrants with that term, it's inaccurate at the end of the day. That was one of the big concerns we shared with TEGNA leadership. We said that if there was one thing they could do quickly, it would be to change their policy as it relates to the term 'illegal.'"

The impact of the tweaked procedure should have wide-reaching impact. TEGNA owns 64 television stations and two radio stations in 51 markets across the country, and its website boasts that "each month, TEGNA reaches 75 million adults across our digital platforms." Moreover, Chávez points out, "these changes would be not only for individual stations, but also for content shared between stations. If a problem exists at one TEGNA property, it would be reasonable to believe that it exists everywhere. So we're glad people are getting up-to-date instructions."

Next on the NAHJ's agenda is addressing what appear to be systemic problems within TEGNA. "We've heard from a lot of employees who said they were never encouraged, never given any sense of a plan or process for them to move up the ranks," López points out. "That's a concern for us, because it feels like they're saying, 'Look, we have some Latino journalists, some journalists of color,' but when it comes to the real decision-making in terms of what stories are greenlighted or not, that's where the journalists of color are missing at TEGNA stations. They're not moving into the roles that really impact coverage."

TEGNA’s Principles of Ethical Journalism hold journalists responsible for reporting complex issues accurately, thoroughly, and in context. While TEGNA newsrooms make independent editorial decisions, few issues are as complex as immigration, and we want to ensure that our journalists are equipped with this important information.

We engaged our journalists, advocacy groups, and community stakeholders on language to minimize harm and provide greater context in immigration coverage.

Using the word “illegal” can be inaccurate and harmful. Humans are not illegal. TEGNA journalists should avoid using “illegal immigrants” in both broadcast and digital content.

TEGNA journalists should report only what we know, which in many cases may simply be “immigrant” or “migrant” or “unaccompanied minor.” “Asylum seekers” and “unaccompanied minors seeking asylum” are other descriptive phrases that would be accurate with many migrants currently at the border. Seeking asylum is legal under U.S. and international law. “Entering the country without proper documentation” or “without proper authorization” would be an accurate description for immigrants not seeking asylum or those who enter the country without a visa. Be precise; avoid using “illegal immigration” to broadly cover this complex topic.

Poynter, our partner on the Inclusive Journalism Program, offers this guidance:

“The responsible thing to do when reporting on immigration — and other stories — is to be as precise as possible. Describe the country of origin for the immigrants. Also be explicit about their status. Have they overstayed their visas? Are they awaiting adjudication on asylum claims? Are some members of the family U.S. citizens?”

The National Association of Hispanic Journalists explains in its cultural competency handbook: “phrases such as illegal immigrant and illegal alien replace complex and everchanging legal circumstances with an unspecified assumption of guilt.” The Asian American Journalists Association has also called on newsrooms to stop the use of “illegal immigrant.”

Your newsroom should also review content from partners, including networks, to keep language consistent.

We will continue to focus on this important topic in TEGNA’s Inclusive Journalism program as we continue to cover all communities with respect and balance.