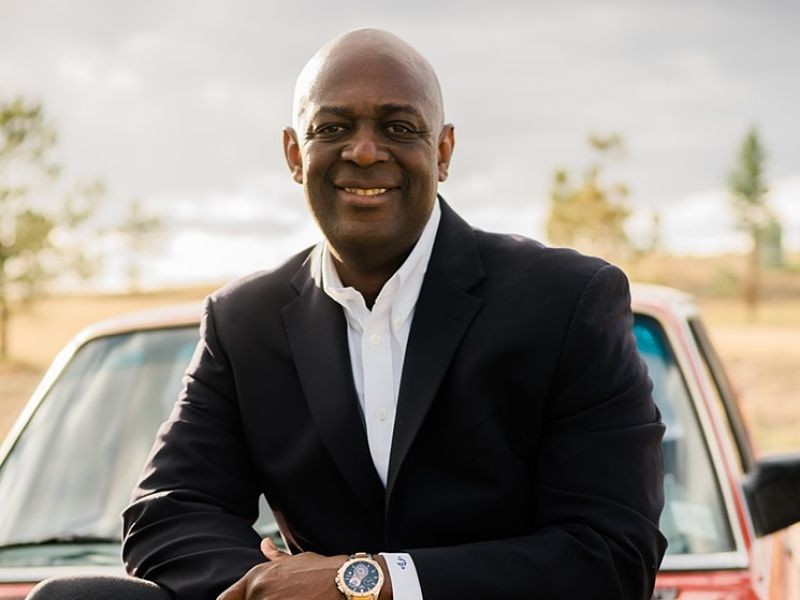 Courtesy Derrick Washington
Felix Gilbert passed away last month, but his passion to help the homeless lives on.
Felix Gilbert, pastor at the Restoration Christian Fellowship church in Aurora, died unexpectedly at the end of April. Those who knew the 61-year-old Gilbert remember him as a spiritually gifted man who was warm, funny and smart. He was also committed to giving back to the community, and members of his congregation plan to continue to observe Gilbert’s deep compassion for those who are experiencing homelessness.

“We can actually do something about this because of how God graced us and how God positioned us,” Gilbert told Westword last month.

Gilbert, who was originally from Guyana, felt drawn to help people experiencing homelessness because of his own life journey.

“My senior year of high school, I found myself homeless, unhoused. I lived on the streets for an entire year. That just kind of gave me a heart and a passion for identifying, associating and connecting with people who find themselves in that predicament,” said Gilbert, whose family moved from Guyana to the U.S. Virgin Islands when he was young. After his stint on the streets, Gilbert served in the U.S. Air Force and later got an undergraduate degree in computer science. But being a pastor was his calling, and he established Restoration Christian Fellowship in Aurora just before the start of the millennium.

The church is located in a shopping center at 15660 East Sixth Avenue, near Chambers Road. It owns a large parcel of empty land where Gilbert had been planning to build permanent, supportive housing for those without homes; the church was already in the process of choosing a developer to build the affordable housing. And right next to that facility, Gilbert wanted to set up a safe-camping site, like the ones currently in two parking lots owned by Denver churches, or maybe a tiny village of twenty to thirty units, this summer. His church had already allowed people to live in their cars in its parking lot, and he was set to formalize that use with grant money from the City of Aurora.

Gilbert’s passing on April 27 came as a shock to the congregation and his family — wife Kotane, daughter Veronica and sons Eddie and Gerald.

“It’s just a gut shot to know that he won’t make that journey with us, but we intend to carry on his legacy and really develop that whole entire shopping center,” says Derrick Washington, a church elder who serves as the vice president of the congregation’s board of directors.

The church plans to move ahead with formalizing its safe-parking site program and is working with the Colorado Safe Parking Initiative on an intake process that will kick off at the beginning of June.

“I was told that some of his last words were ‘Please continue my vision.’ I was incredibly touched that as he lay dying, he wanted to continue with this great project that he was involved in,” says Rochelle Brogan, co-founder of the Colorado Safe Parking Initiative, which has helped set up safe-parking sites next to churches across the metro area. “I was really impressed with him, with his vision, his energy, his compassion. To me, Pastor Felix was modeling the Christian ethics and philosophy and actually putting his money where his mouth was.”

From 4 to 7 p.m. today, May 19, Restoration Christian Fellowship will host an event titled “Homelessness Solutions: Alternative Shelter Options Open House” in partnership with the City of Aurora. It will showcase models of tiny homes and safe-camping site tents, in addition to a model safe-parking site. The site models will remain on display at the church through May 27, and the city will be accepting feedback through May 31.  Aurora policymakers will use the input it receives from people who view the models as they consider alternative shelter options and locations.

“There’s been a little bit of hesitation with the city on how this is going to look, how it’ll impact neighboring communities, so this will be a great opportunity for the neighborhood, for the community to just come out, walk through and see what it could look like,” Washington notes.

Gilbert wanted to establish three elements at the church site — temporary shelter, safe parking and permanent housing — so that his congregation would be offering a “holistic” approach to homelessness.

“That’s the whole point,” he said. “When you find yourself in a crisis, we want you to at least see light at the end of the tunnel, to say, ‘If I can get there, I’m on a path to having a home.’”