I-70 Through Glenwood Canyon Reopens After Mudslide — for Now 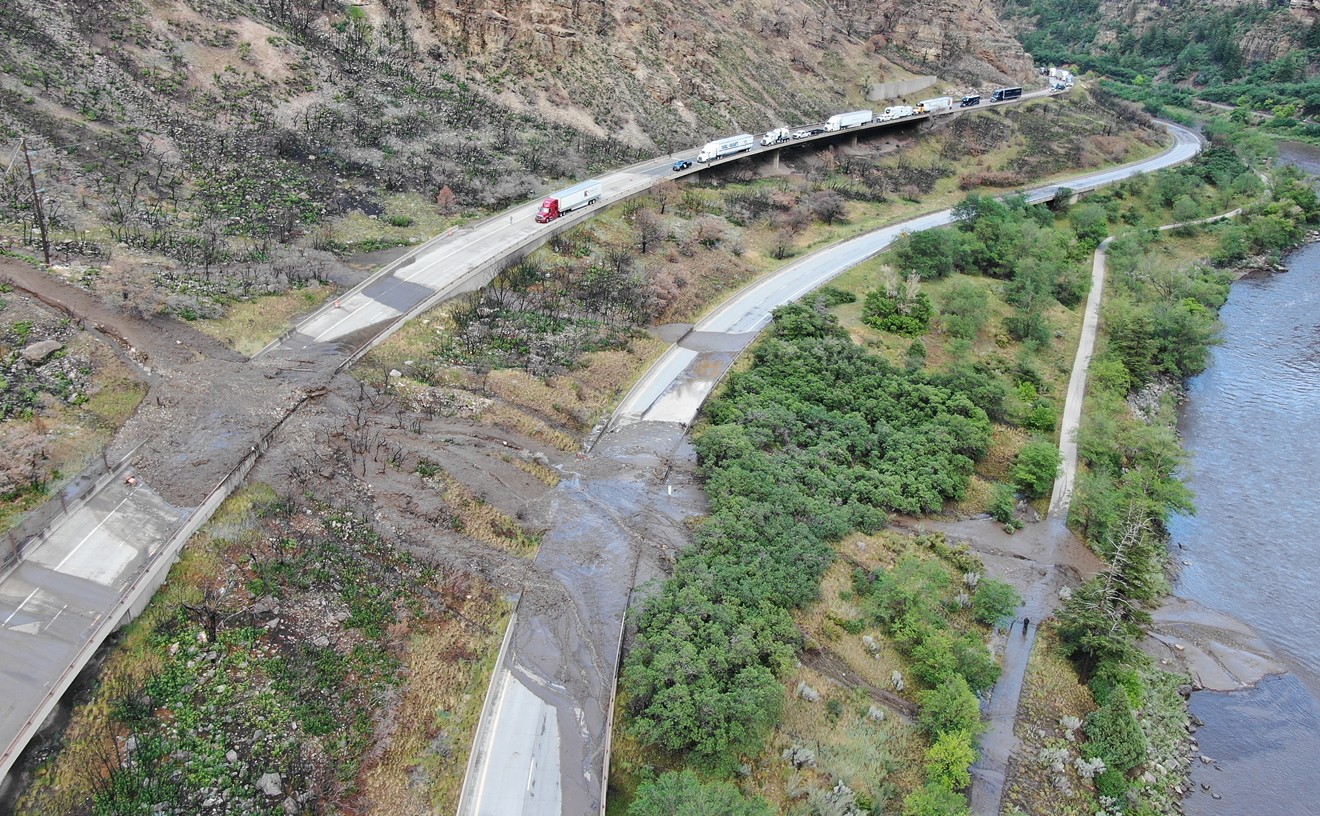 Glenwood Springs Fire Department via Colorado Department of Transportation
Update: At 6:17 p.m. on June 28, the Colorado Department of Transportation tweeted confirmation that both the eastbound and westbound lanes of Interstate 70 through Glenwood Canyon had reopened following multiple mudslides between exit 113 at Glenwood Springs and exit 133 at Dotsero. However, CDOT's update page notes that "motorists should be prepared for additional closures in the area this week due to forecasted precipitation/potential debris flow over the Grizzly Creek burn scar."

Continue reading for our previous coverage published at 6:30 a.m. June 27, including photos and a video.

The Grizzly Creek fire was one of the most calamitous wildfires to strike Colorado in 2020, and its impact continues to be felt. Mudslides that appear to have originated in the Grizzly Creek burn scar have closed Interstate 70 in both directions through Glenwood Canyon, temporarily crippling one of the major east-west routes for both commercial and personal travel across these United States in general and Colorado in particular.

And the latest online update from the Colorado Department of Transportation ends with these five ominous words: "No estimated time of reopening."

The first CDOT tweet about problems in Glenwood Canyon was issued at 2:47 p.m. Saturday, June 26: "Due to a Flash Flood Watch for the Grizzly Creek Fire burn scar, rest areas and the recreation path in Glenwood Canyon are CLOSED. CDOT crews will be on standby." Shortly thereafter, at 3:16 p.m., CDOT noted that westbound I-70 between exit 133 at Dotsero and Exit 116/CO 82 had been closed because of a mudslide. By 3:46 p.m., access to eastbound I-70 through that stretch had been shut off, too, and at 4:09 p.m., the department reported that the latest closure extended from milepost 109 to milepost 87 — more than twenty miles.

At 7:39 p.m. on June 26, CDOT announced that the eastbound lanes of I-70 had reopened, with westbound access restored by 10:22 p.m. Still, at 2:57 p.m. on Sunday, June 27, the estimated eastbound travel time through the stretch was estimated at two-and-a-half hours. Then, at 5:53 p.m., CDOT tweeted: "I-70 CLOSED between Exit 133 (Dotsero) and Exit 87 (West Rifle) due to another mudslide in the area," and provided information about what it referred to as the "northern detour route" — a very long, time-intensive trek.

CDOT subsequently conducted a media briefing and provided photos courtesy of the Glenwood Springs Fire Department that make it clear what a huge job crews have ahead of them. Here they are, along with a map of the detour route and instructions from CDOT for getting around the latest slide. 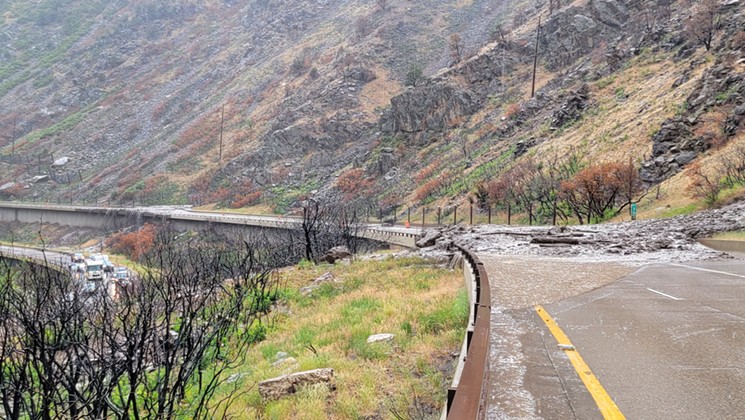 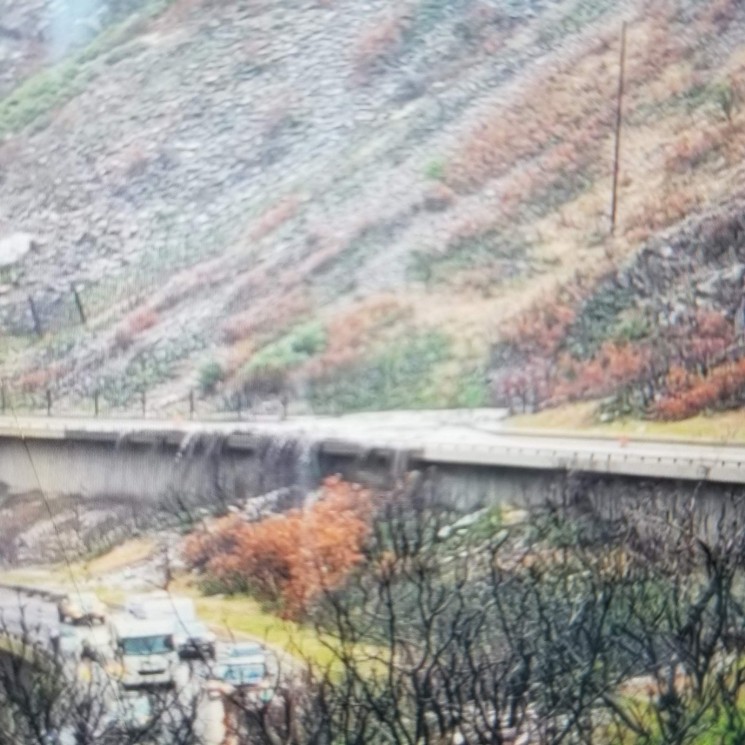 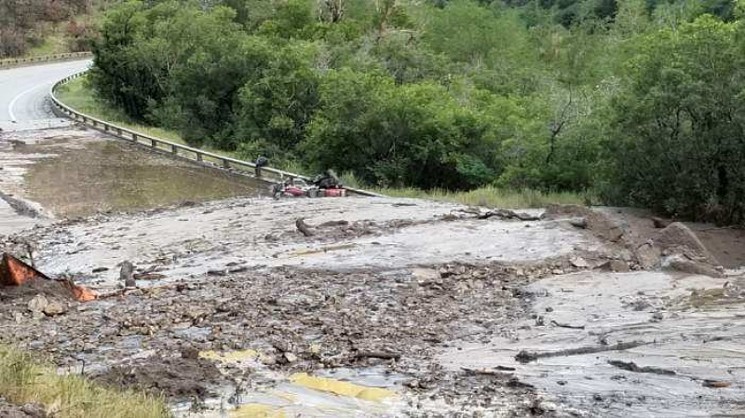 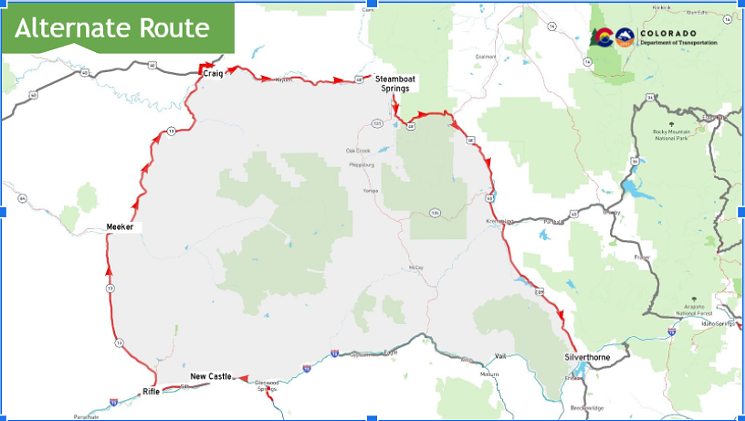 WESTBOUND I-70: Motorists coming from the Denver metro area or Interstate 25 can travel westbound on I-70 to Silverthorne, then turn north onto CO 9. In Kremmling, travelers should turn onto westbound US Highway 40 towards Steamboat Springs. After reaching Craig, motorists can return south via CO 13 towards Rifle. Access to I-70 westbound is at Rifle.

EASTBOUND I-70: Motorists traveling eastbound from Utah or Grand Junction can reach the Denver Metro area by traveling the route above in reverse.