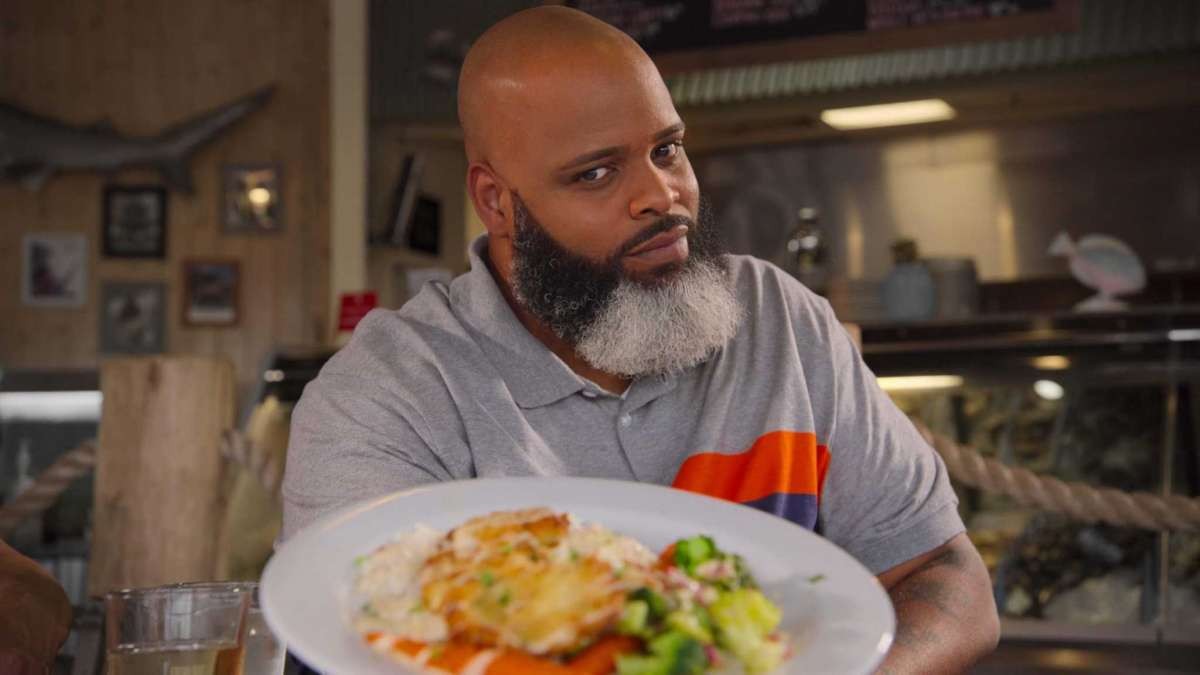 Netflix
Host Daymon Scott “Daym” Patterson ate his way around Denver.
New restaurant openings are once again happening every week. As Denver's post-pandemic culinary scene continues to grow, its national recognition as a food city is getting back on track. In this special edition of our First Look series, we're checking out the latest big-name show to put Denver on its list of must-visit cities: Fresh, Fried & Crispy.

When: The series debuted on June 9

What we saw: Riding a wave of notoriety that began with a viral YouTube review of Five Guys in 2012, energetic host Daymon Scott “Daym” Patterson tours the country in search of all things fried. Episode six of the first season brings Patterson to Denver, where he visited four restaurants in the summer of 2020.

At the time, restaurants were only open at 25 percent capacity, which made it easy to close down for the day to shoot, explains "Biker Jim" Pittenger, whose Biker Jim's Gourmet Dogs at 2148 Larimer Street was one of the featured locations. "We were allowed six people in the restaurant [as camera-ready 'guests'] during filming," Pittenger says, "and everyone got an instant COVID test there."

Biker Jim is no stranger to television filming. His exotic sausage eatery first appeared on the small screen in a 2010 episode of Anthony Bourdain's No Reservations, and has since become a frequent stop for food shows visiting the Mile High. But "Netflix definitely has a big budget," he notes, which made the filming process smooth and seamless. "Plus, Daym was a blast," he adds. "That guy's a riot, and he breaks the fourth wall all the time." 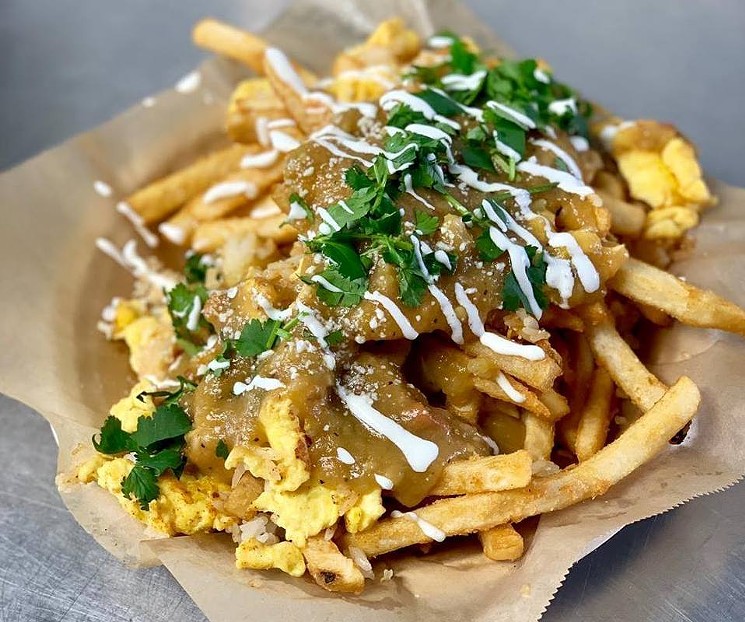 Adobo's green chile fries are featured on the series.
Blaine Baggao
In contrast, a television shoot was totally new to Blaine Baggao, who owns the Adobo food truck as well as the brick-and-mortar location he opened in 2020 at First Draft, at 1309 26th Street. "The first few interactions were kind of strange," he says, "but I cannot underscore enough how much the production crew impressed me."

Not only did the crew members help Baggao feel comfortable on screen, but they also jumped into creative mode when Baggao mentioned the team that helps him roll his fried egg rolls. Production quickly branded the "egg roll squad" and created T-shirts that Baggao and his team still sport now. "I just mentioned it, and they just ran with it," he says. "They were just down, every single one of them."

So what does being featured on a Netflix food series do for a restaurant? "We're probably twice as busy," Baggao explains, "and about 80 percent of people walking in the door mention that they saw us on the show. I've had people asking for selfies, but no autographs yet," he adds, laughing.

Also highlighted in the episode: Iconic Denver restaurant Buckhorn Exchange, at 1000 Osage Street, which served up its most famous menu item (hint: Host Daym went along with the ruse that this fried item is from the the sea...at first, anyway) and Westminster seafood spot Big Mac & Little Lu's.

What surprised us: Two things.

First, Big Mac & Little Lu's, which opened in 2013 at 2851 West 120th Avenue in Westminster. That year, Gretchen Kurtz reviewed the seafood restaurant, noting that she'd found a new favorite there: hogfish. Since then, the restaurant hasn't gotten much media attention, but now that very same hogfish has been highlighted by Fresh, Fried & Crispy. And it looks "daym" good. If Daym's reaction — which you'll have to watch the episode to see — is any indication, we should all hit up this under-the-radar spot as soon as possible for a taste of their signature dish and longtime bestseller: almond-crusted hogfish.

And second, Baggao's backstory. Adobo won our Best of Denver award for Best Food Truck in 2019 with Baggao's ability to combine New Mexican and Filipino influences into some super-delicious food. But in Fresh, Fried & Crispy, Baggao talks about how a near-death experience changed the course of his life. 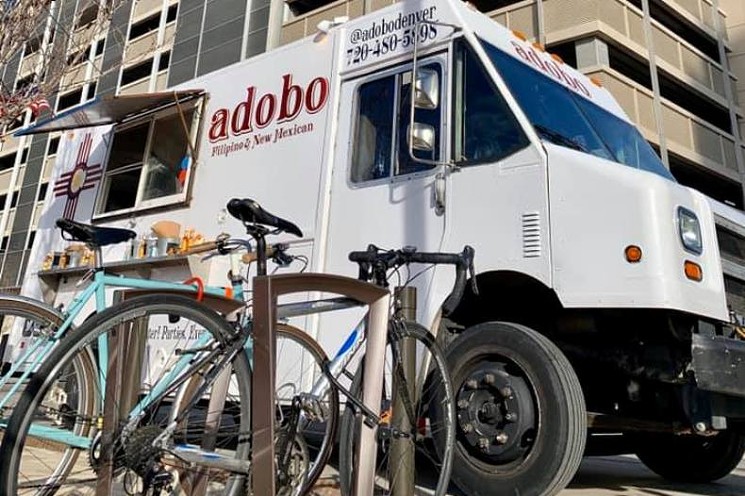 With a brick-and-mortar location open, the Adobo food truck is now used for private and corporate events.
Blaine Baggao
"I was really, really good at finance," he says. "I thought I was going to be a millionaire in three years." Being raised by a single mother motivated Baggao to pursue a career that would help him be financially stable, but when his mom passed away, he took a break from school and spent time working in the culinary world. Prompted by some supportive mentors at Jill's Restaurant at the St Julien Hotel & Spa in Boulder, Baggao did eventually return to school, completed his degree and began a lucrative career in finance. "But I was really unhappy," he says.

Then, in 2012, Baggao was in a head-on motorcycle crash. "I woke up in the hospital three days later and was basically a drooling, repeating voice box," he says. "It took everything away from me. I lost everything of who I was." No longer able to do the math he used to and with new physical limitations, Baggao began to rethink his life.

Four years later, he debuted the Adobo food truck, a concept he founded as a way to honor his mother and to try and build a life that would allow him to spend more time with his daughter, who currently lives out of state. "I work harder than everyone else because I'm doing this for her," he explains.

Baggao has some more big projects on the horizon in 2021, but for now, you can find him at 26th and Larimer streets serving egg rolls and much more — which you should try on your own fried-food tour of Denver.